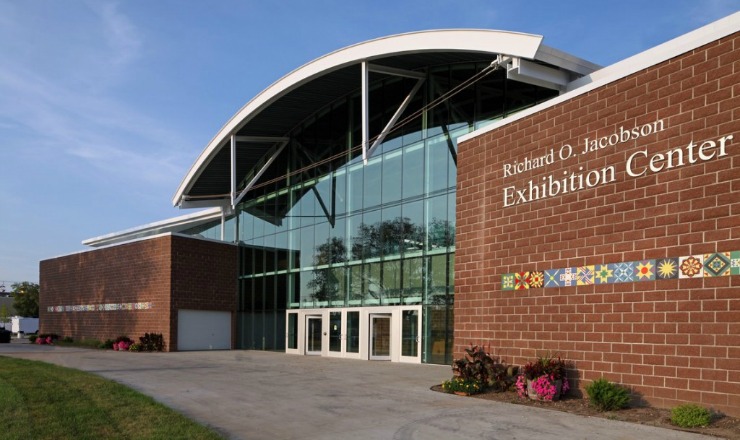 KANSAS CITY, Mo. — The National Association of Intercollegiate Athletics (NAIA) has announced that the 2018 and 2019 NAIA Wrestling National Championships are heading to Des Moines, Iowa. The Greater Des Moines Convention and Visitors Bureau (Catch Des Moines) serves as the official host of the events, which take place at the Jacobson Exhibition Center March 2-3, 2018, and March 1-2, 2019.

“We’re excited to partner again with the Greater Des Moines CVB for the NAIA Wrestling National Championships,” said Jim Carr, NAIA President and CEO. “Between the strong tradition of wrestling in the state of Iowa and the terrific job that Des Moines did with the 2012 and 2013 championships, I have no doubts that it will be a great experience for our student-athletes, coaches and fans.”

The Richard O. Jacobson Exhibition Center, which housed the NAIA Wrestling National Championships in 2012 and 2013, is a multipurpose facility used for hosting a wide variety of events, including concerts and sports events. Completed in 2010, the venue features a 32,000 square foot area floor and permanent seating for 3,500. The Jacobson Exhibition Center is part of the Iowa State Fairgrounds.

The state of Iowa has previously welcomed the NAIA Wrestling National Championships nine times in association history. Prior to the previously mentioned stops in Des Moines, the event found a home in Cedar Rapids in 2011 and Sioux City from 2005 to 2008. Sioux City also hosted the championships in 1973 and 1975.

“We are pleased to see the NAIA Wrestling Championships return to Des Moines,” says Greg Edwards, President and CEO of Catch Des Moines. “With a rich wrestling history in the state and a long-standing tradition of executing successful wrestling events in the metro, we look forward to providing a first-class experience for athletes and fans.”

The NAIA has sponsored wrestling since the 1957-58 academic year, with the inaugural championship taking place in Mankato, Minn. Mankato State (Minn.) (now Minnesota State University Mankato) had five individuals claim national titles en route to 97 team points and the associations first-ever team title in the sport. Since then, 18 different programs have won the title, including a NAIA record six-straight championships by Grand View (Iowa).

Currently, there are 57 institutions that sponsor the sport of wrestling.

Since 1937, the NAIA has administered programs and championships in proper balance with the overall educational experience. In 2000, the NAIA reaffirmed its purpose to enhance the character-building aspects of sport. Through the Champions of Character program, the NAIA seeks to create an environment in which every student-athlete, coach, official and spectator is committed to the true spirit of competition through five core values: integrity, respect, responsibility, sportsmanship and servant leadership.