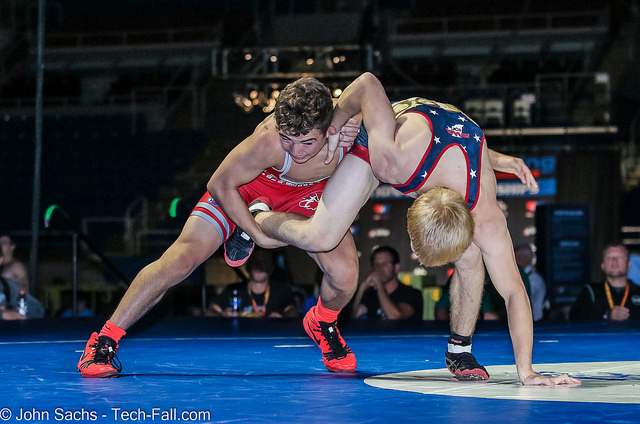 Iowa State signee Austin Gomez was all but ready to compete at the 2017 Pittsburgh Wrestling Classic next weekend, until an injury forced the Illinois native to pull out of the All-Star event. Well, injury might be an understatement as Gomez needed to have emergency appendix surgery while attending the NCAA championships in St. Louis.

Gomez would go to the hospital where he was later released Saturday morning. Gomez expects to be off the mat for a few weeks for rehab, but plans to be ready for next month’s UWW Junior U.S. Open in Las Vegas.

A three-time state champion, Gomez was scheduled to meet Pennsylvania star and Hawkeye commit Max Murin at 138 pounds at the event. His replacement will be Tanner Litterell of Oklahoma.

Gomez would have competed alongside Hawkeye recruit and fellow Illinois prep, Jacob Warner (195), on Team USA and his fellow Iowa State recruit Jarod Verkleeren (145) will compete for Team Pennsylvania. Iowa recruit Spencer Lee will serve as honorary captain after tearing his ACL earlier this year.

Fans can catch the action live on Flowrestling this Saturday.

Listen to Ross and Lars discus the Gomez news on Episode 83 of Potentially Dangerous: