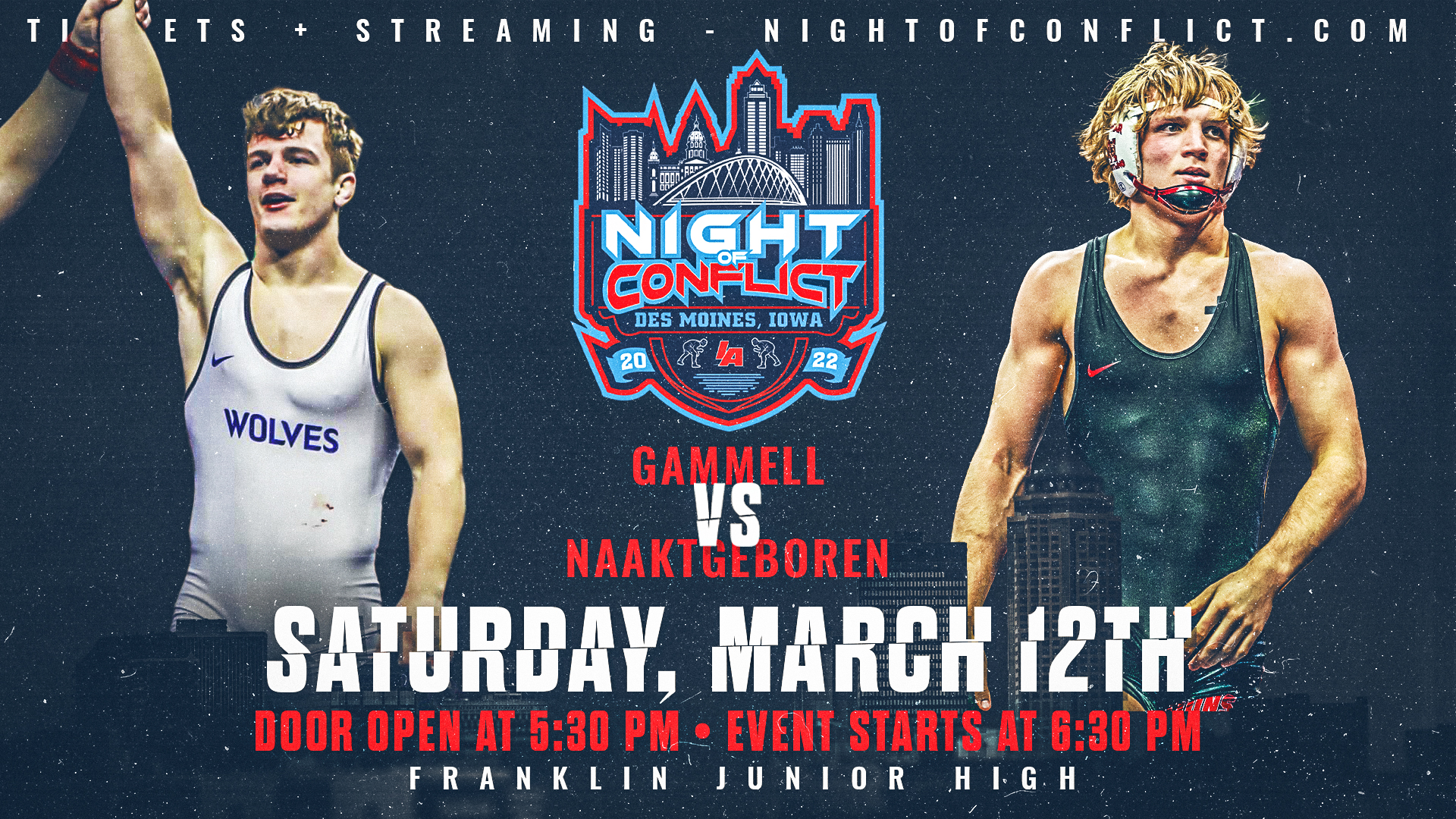 Another nationally ranked matchup coming to a mat near you in Des Moines, this one will feature two-time state champion Tate Naaktgeboren taking on fellow 3A state champion Griffin Gammell.

After missing the podium as a freshman, Gammell did the ole’ climb the ladder to the top by finishing his remaining three years third, second, and first in succession. Over the last year and a half he has really emerged as a key fixture among the Iowa upper weights – contributing to Iowa’s 2021 Junior National Duals title. He has gone on to establish himself nationally being ranked #18 in the country and is committed to the University of Virginia.

Naaktgeboren continues to build upon his impressive career, adding a second state title and third finals appearance last month at the state tournament. Even though he is only a junior, Naak has already made his decision to commit to Iowa State University. He is one of the top Iowans in what is an extremely impressive class which should tell you all you need to know about the kind of talent he brings to the mat.