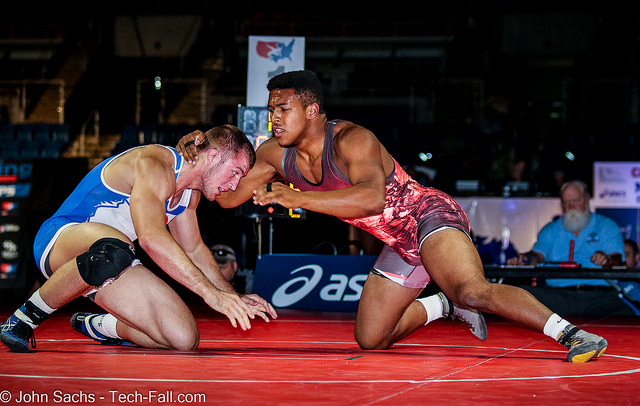 Iowa State 197-pound wrestler Sammy Colbray will apply for a medical redshirt at season’s end according to Iowa State University. A true freshman out of Hermiston, Oregon Colbray saw limited action on the mat season, competing in just three events.

Iowa State opened the season with two duals on the road the first being at South Dakota State and the second at North Dakota State. After heavyweight Nick Nolting sustained an injury in the SDSU dual, head coach Kevin Jackson put his true freshman on the mat for the NDSU dual. Colbray would enter in two straight opens, but hasn’t been seen on the mat since November.

“We are battling an injury with Colbray right now,” Jackson told IAwrestle in December, “But at the moment, we’re just taking it day by day.”

Obviously whatever ailed Colbray early on the year prevented him from ever being able to get back on the mat to compete. In a follow up yesterday Iowa State confirmed that Colbray had been dealing with an injury all season, and that the staff would be applying for a medical redshirt at season’s end.

On the surface Colbray meets the qualifications of competing in less than 30% of his team’s competitions and as a true freshman he still has his redshirt year available. As long as the NCAA agrees that all criteria has been met, Colbray should be awarded a redshirt and have the opportunity to wrestle the next four years.

The Oregon native was a monster recruit for Iowa State a season ago, ranked as a top ten recruit overall by most services, and he was also a five-time Fargo high school national champion.