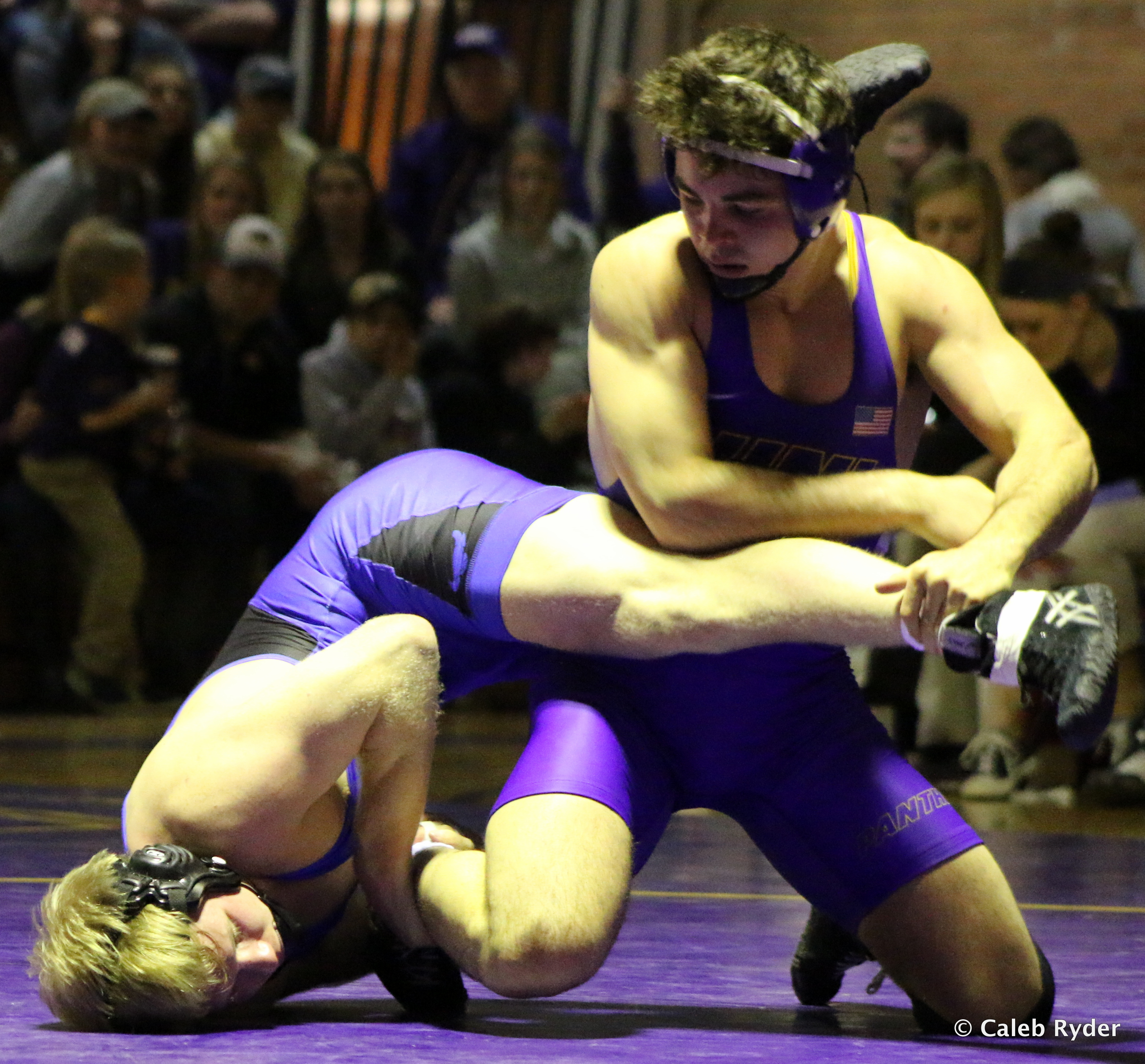 The University of Northern Iowa stayed perfect in MAC Competition Friday night, securing a 22-16 win over the University at Buffalo, State University of New York. The dual didn’t come down to the final match of the night but that one was the biggest win for the Panthers, as Jacob Holschlag took down his second top 20-ranked wrestler in as many weeks.

Holschlag won 4-2 over Buffalo’s #20 James Benjamin after falling behind 2-1 in the first period. Holschlag used a punishing/risky ride in the second period to flatten Benjamen out and keep him on bottom. The risky part came when Holschlag appeared to ride too high, and Benjamen was able to come out the back door, but no points were given to the Bull, and Holschlag was able to get back on top without incident.

Benjamen would take injury time in the period, giving Holschlag the choice of going down, and he took full advantage, scoring a reversal to go ahead for good. Holschlag would add another escape point to make the final 4-2.

Dylan Peters, the only senior to wrestle against the Bulls, took the mat for the first time in nearly a full month. The oft-injured Panther looked fairly healthy against Derek Spann, winning by Tech Fall in 4:54.

“It’s getting closer, this is as good as he’s looked all year,” Schwab said about his lightweight. “We’ve got five weeks still, maybe he’s not where you want him to be tonight but five weeks from now he can be in a really good place. It was important for him to get back out there for his team and for senior night.”

The Panthers were actually down 10-8 at intermission following a big upset by Bryan Lantry over #10 Josh Alber. #10 Bryce Steiert, #13 Taylor Lujan, and #14 Drew Foster all came through with big wins for the Panthers, because if any of them get upset, that’s a loss for the team. Steiert and Foster both won close matches, 7-3 and 6-2 respectively, but Foster was able to open up on Muhamed McBryde, scoring a tech fall 23-8 in 7 minutes.

The Panthers are next in action in two days, taking on Missouri for the conference dual championship. You can find our preview for that dual here, and we’ll be live in Columbia for that dual as well!

One thought on “UNI Undefeated in Conference, Showdown with Missouri Sunday”