Panthers Wrestle for a Conference Title 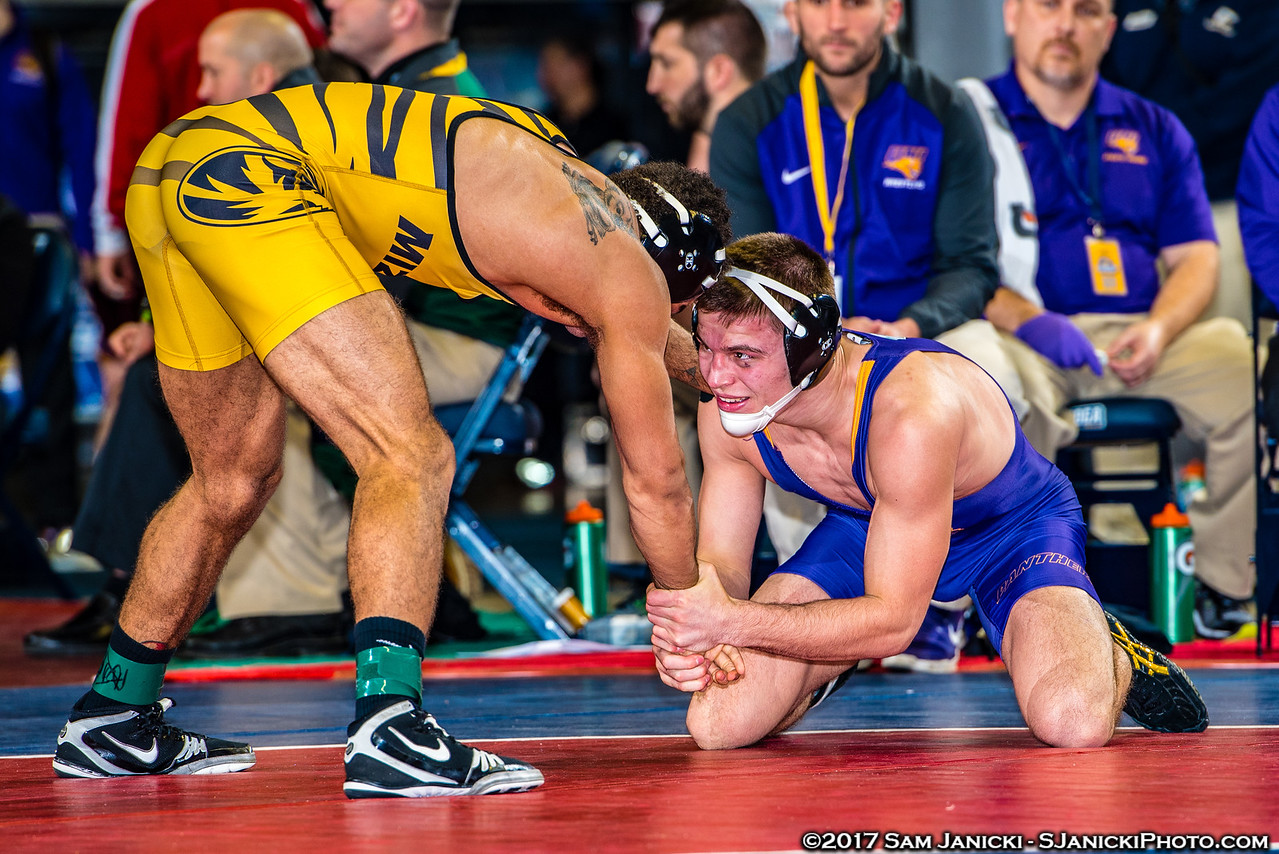 “It is for a conference dual title. That is a big deal, and they’ve run the conference for the last handful of years,” UNI Head Coach Doug Schwab said Monday, “We obviously want to go down there and represent ourselves very well.”

“The last couple of times that we haven’t competed very well, or we’ve got beat, we’ve responded very well. We’ve taken it the right way and we’ve gotten better from it, now we have to do that again.”

If we go right down the lineup there are big matches at nearly every weight. 125 could be a rematch of #10 Dylan Peters and #25 Barlow McGhee. McGhee has defeated Peters only once in their careers, and that was last season for the MAC tournament title. Peters defeated McGhee when healthy the last time these two squads met in a dual, a 7-5 decision at the beginning of last season. Peters came back and defeated McGhee 3-1 in the first tiebreaker during the NCAA Championship last season, to become and 2-time All-American. Jay Schwarm and McGhee have no history.

At 133 we’ll see a rematch from the Southern Scuffle, when #10 Josh Alber takes on #16 John Erneste. Alber is riding a eight match win streak, which includes a win over Erneste 7-5 back in January. If both Peters or Alber can hold serve in their matches and maybe even extend those wins a little bit into major decisions, the Panthers will have a much better chance at pulling off the upset.

There are two matches of the night (because I couldn’t pick one) at 149 and 165 pounds. Starting with the lighter of the two, #8 Max Thomsen will face off with #4 Lavion Mayes. Before last Sunday’s upset Thomsen had only lost to three men, all in the top seven (Mayes, Soloman Chishko, and Jordan Oliver).In those three loses he hasn’t been able to find any offense, and if he wants to get the upset, he’ll have to connect on a shot   Thomsen lost to Mayes back at the Scuffle, 4-2. Mayes is most dangerous from his feet and can seemingly score whenever he wants to.

165 pounds will also see a top ten matchup as #10 Bryce Steiert will have a rematch against #6 Daniel Lewis. Lewis took their first meeting 7-2 at the Scuffle last month and is the defending MAC Champion, winning in his first try as a redshirt freshman. Steiert needs to shake off a loss he suffered last week, but with another match in between to shake that off this should be a very entertaining match.

The Panthers will be favored at 174 and 184, as both Taylor Lujan and Drew Foster are ranked first in the MAC at their respective weights. Lujan gets #24 Dylan Wisman in a top-25 matchup, and Foster will see Matt Lemanowicz, as Willie Miklus went out very early in the year with an injury. Both men will be seeing their opponents for the first time.

Heavyweight could be a little interesting for both squads, as UNI’s JJ Everard could still be out with an injury, but Schwab was emphatic on Monday saying that they would be filling the spot no matter what. That probably means bumping someone up and that could only be Jared Bartel, as he’s the only 197 pounder on the roster that isn’t taking a redshirt this season. Either way, points for UNI at 285 are key if they want to pull off the upset.

This is the biggest dual of the year for the Panthers, especially since it’s coming off a 3-5 conference performance a season ago. The turnaround for UNI has been a big one, but can they find the horses to pull off the biggest upset in Schwab’s Panther career? We’ll have to wait until Sunday to find out.

2 thoughts on “Panthers Wrestle for a Conference Title”