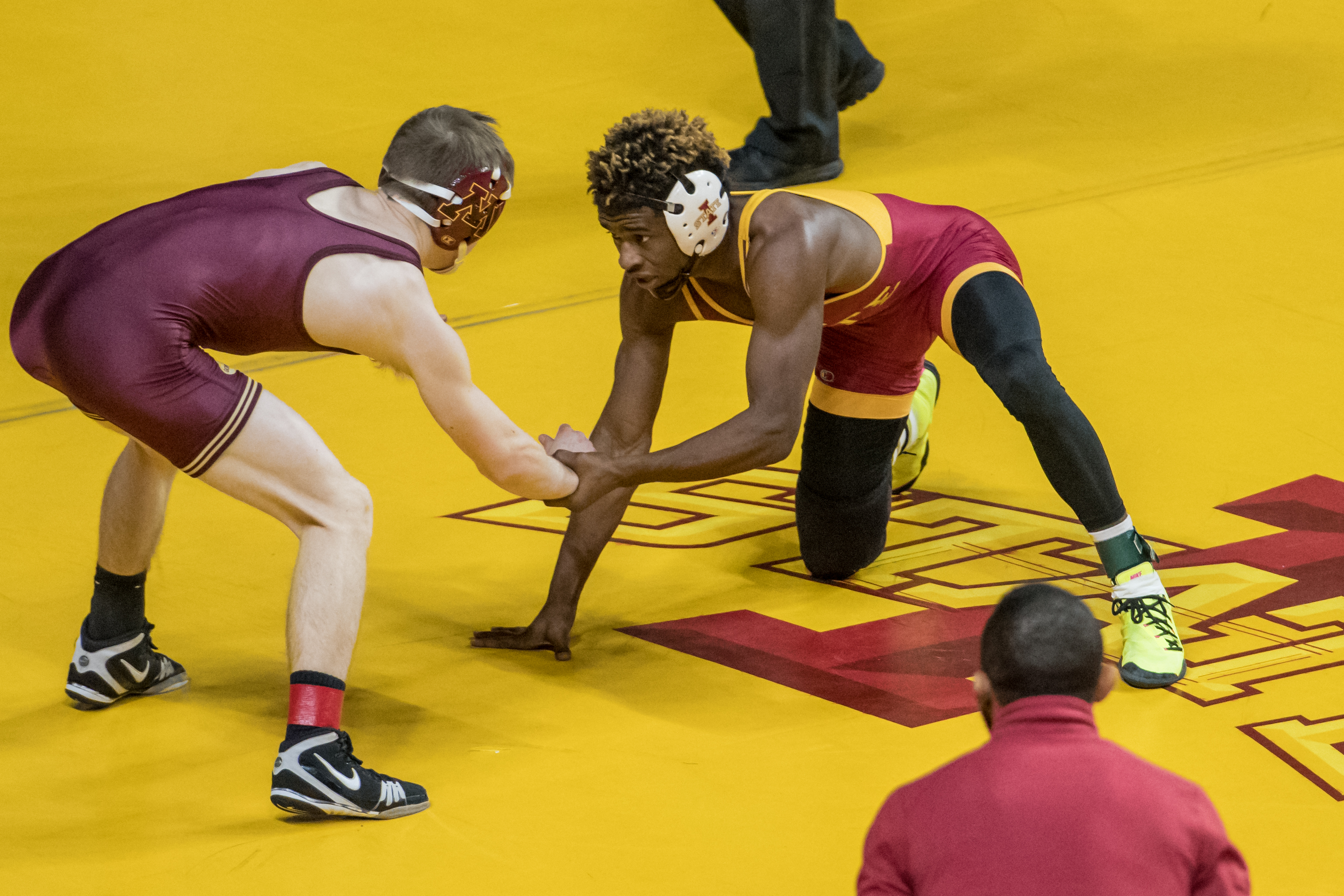 IAwrestle has confirmed with Iowa State University that redshirt freshman Markus Simmons will no longer wrestle 125 pounds this season for the Cyclones. The move up for Simmons will mean that 2016 NCAA qualifier Kyle Larson will resume the starting role for head coach Kevin Jackson.

With senior Earl Hall announcing that he would be returning for the 2016-17 season, Simmons made the decision to cut down to 125 pounds in effort to make the starting lineup and help the team. The early results were positive with Simmons winning 10 of his first 12 matches and taking over the starting role after he defeated Larson by technical fall at the Harold Nichols Open.

As the season continued, the cut wore on Simmons and after discussion with the coaches both sides agreed that the wrestler needed to take a break from 125 pounds with plans to reevaluate at the end of the season. This past weekend Simmons competed at 141 pounds at the DuHawk Open in Dubuque, Iowa officially ending his ability to cut to 125 pounds within NCAA weight decent plan guidelines.

“Luckily for us, we have a very good senior in Kyle Larson to fill that spot,” Jackson told IAwrestle, “We’re comfortable and confident with Kyle in that spot.”

Larson has started each of the last three duals for the Cyclones and was also the team starter when Iowa State traveled to South Dakota State and North Dakota State to begin the season. Larson’s veteran starting experience will be leaned on as Iowa State heads into their last three duals beginning next weekend, February 10th, at Pittsburgh. Senior Drake Swarm and sophomore Jonathan Marmolejo will serve as the potential backups to Larson.