Panthers Head to Ames for Showdown with Cyclones 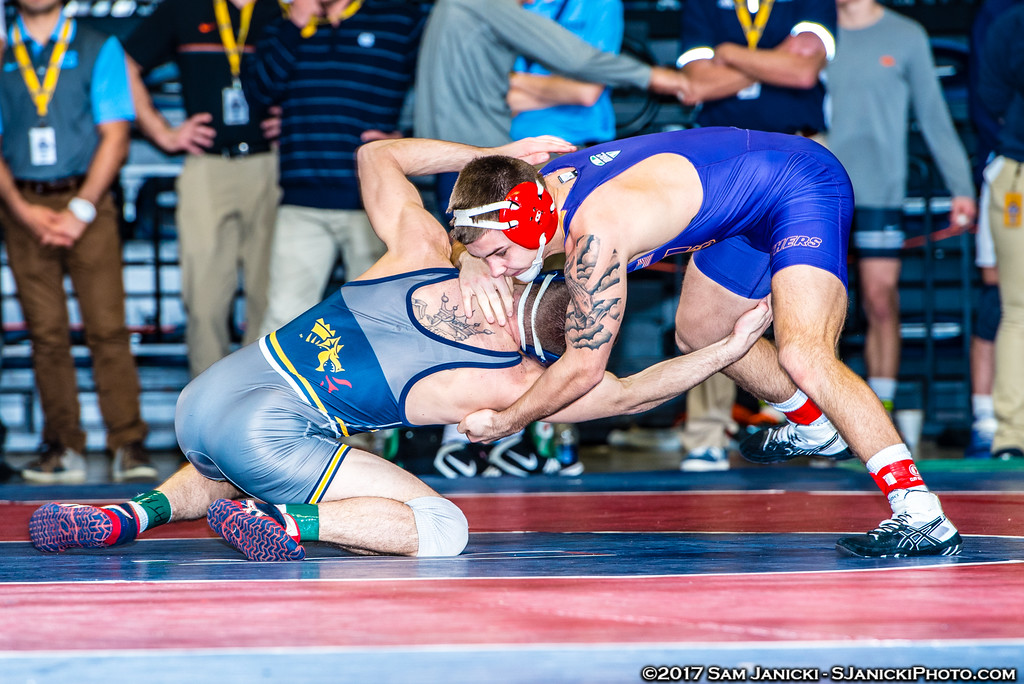 The University of Northern Iowa goes on the road for the second time in five days as they head to Ames to take on the Iowa State Cyclones. Iowa State has struggled a bit this season, winning just one dual meet all year, and are coming off a 20-17 loss to North Carolina. The Panthers are coming off a 17-16 win at Central Michigan.

UNI is looking to get it’s first win in Ames since 2003, when the Panthers knocked off the #11 Cyclones 22-16. A win on Friday would be UNI Head Coach Doug Schwab’s second win against Iowa State.

“Excited to go to Hilton, to wrestle there, and continue to progress and see our team respond,” Schwab said at his press conference Monday. “The last couple times we’ve been there, they’ve taken it to us pretty good.”

This years edition of Cyclones vs Panthers features nine ranked wrestlers, with at least two matches featuring top 14 battles. Earl Hall and Josh Alber meet for the fourth time in two seasons. Hall is 3-0 against Alber and has widened that gap with each meeting; winning in sudden victory the first, by major decision in the second, and pinfall in the third. Last week Alber avenged two losses to Central Michigan’s Corey Keener, so he’ll be looking to do that once again.

The other potential battle between ranked wrestlers comes at 184 pounds, where UNI’s #14 Drew Foster could take on #10 Patrick Downey. Downey has been out of the Cyclone lineup for most of the season with injuries, but he appears to be back, though what weight he wrestles at could be up in the air. Downey was an All-American at 197 pounds a year ago, but last week he bumped up to 197 in Iowa State’s dual with North Carolina, and won 6-4 over Danny Chaid.

Foster is coming off a win over #20 Jordan Ellingwood and a fifth place finish at the Southern Scuffle. The Panther is having a solid year, going 14-2, but he’ll have to find his offense against Downey if he wants to pull the upset off away from the West Gym.

I can see the dual coming down to heavyweight, and as long as he’s healthy, JJ Everard should be up to the task of taking down Quean Smith. Everard found some offense last week against CMU’s Newton Smerchek, scoring a takedown off a single leg in the first period. He’ll need to use that, and avoid getting underneath the bigger Smith if he wants to help his team on the scoreboard.

Overall this is a dual that is very similar to the one UNI just wrestled with Central Michigan. They’ll need their ranked wrestlers to perform well and then pick up a win or two from unranked wrestlers if they want to defeat their in-state rival. Jay Schwarm, Jake Hodges and Paden Moore all need to go from being close to wins, to securing wins for UNI to be successful. It does appear that #10 Dylan Peters will be out of the lineup again UNI.

Schwab and the Panthers know that this is an important dual. “It’s a big meet, for a lot of reasons. We have to respond to that, get ourselves up and ready. I don’t think that should be much of an issue. If we can’t get our blood boiling a little bit for this one then we’re going to struggle ever getting our blood boiling. I’m going to tell you we’re not going to have trouble doing that.”

We’ll be live in Hilton giving play by play updates for the dual, so be sure to check back for all the action!

3 thoughts on “Panthers Head to Ames for Showdown with Cyclones”