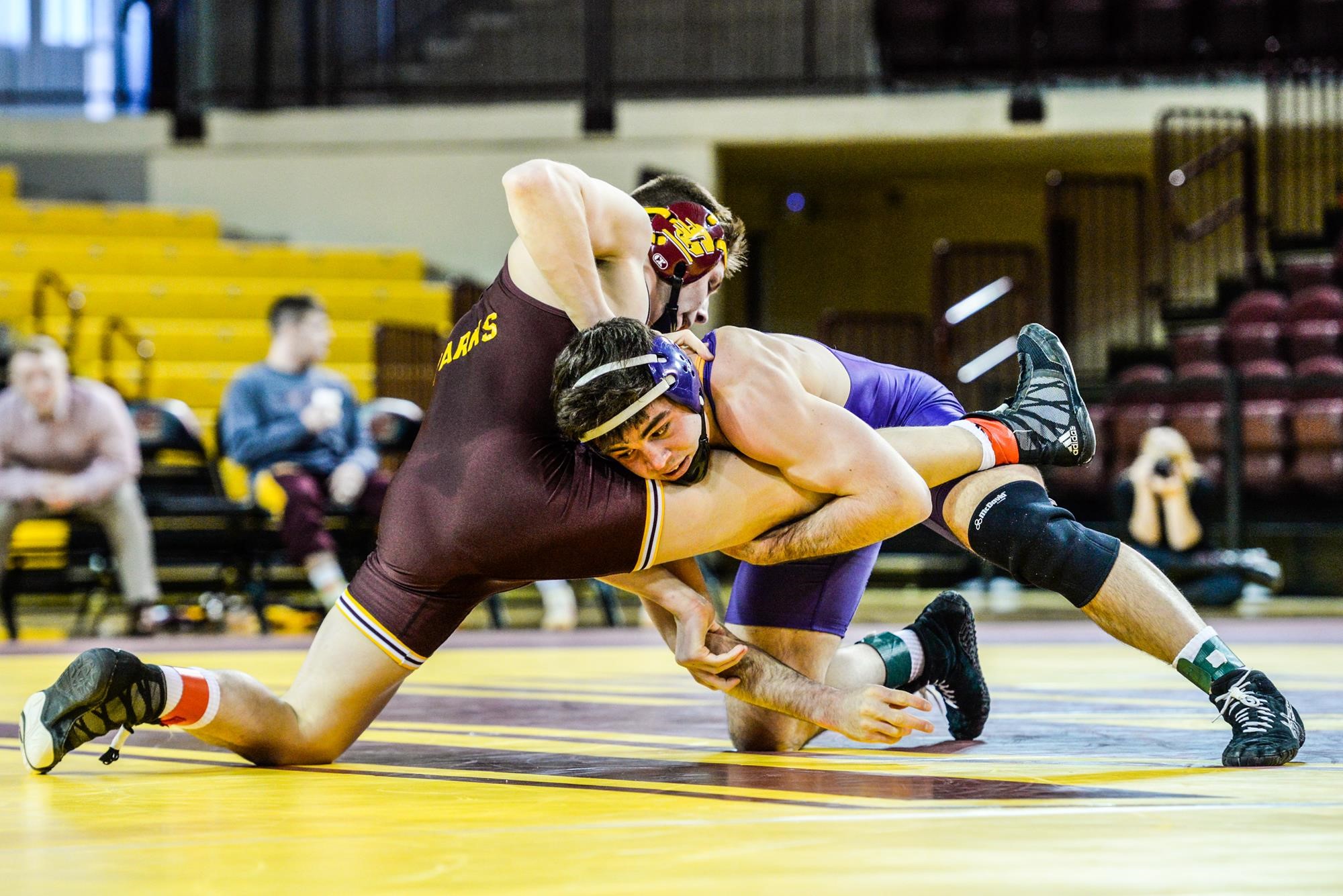 UNI went on the road for the first time in conference wrestling this season and they squeaked out a 17-16 win on criteria over Central Michigan. The criteria was the fourth on the list: total match points. UNI scored 50 points in their 10 matches while CMU scored 43.

The Panthers got wins where they were favored, specifically 165 through 184 and 133. JJ Everard scored a big win at heavyweight too, which kept the Panthers ahead 13-7 at the time. Josh Alber’s win at 133 put UNI up 16-10, but they would drop the next two matches which caused the dual to go to criteria.

“We had some guys step up,” said Schwab. “I thought our guys responded well, but it shouldn’t have come down to criteria. That’s how much I believe in our guys. There were three or four matches that could have gone our way.”

UNI was led by Bryce Steiert, who scored a major decision to match one by CMU’s Colin Heffernan. Steiert dominated Logan Parks, taking the Chippewa down at will.

“He was in on a lot of attacks and put a lot of points on the board,” said Schwab. “Kelly was right in there at 125. We just have to find a way to finish. But Steiert came back to put the points back up there.”

Dylan Peters did not wrestle for the Panthers. Schwab last week said that he wasn’t 100%, so it would not be a big surprise to see Peters being held out until he is as healthy as he can be.

UNI will be in action again this Friday night, when they travel to Ames for their dual with the Cyclones. We’ll have all the action from Iowa State and a preview coming later in the week, so be sure to check back!