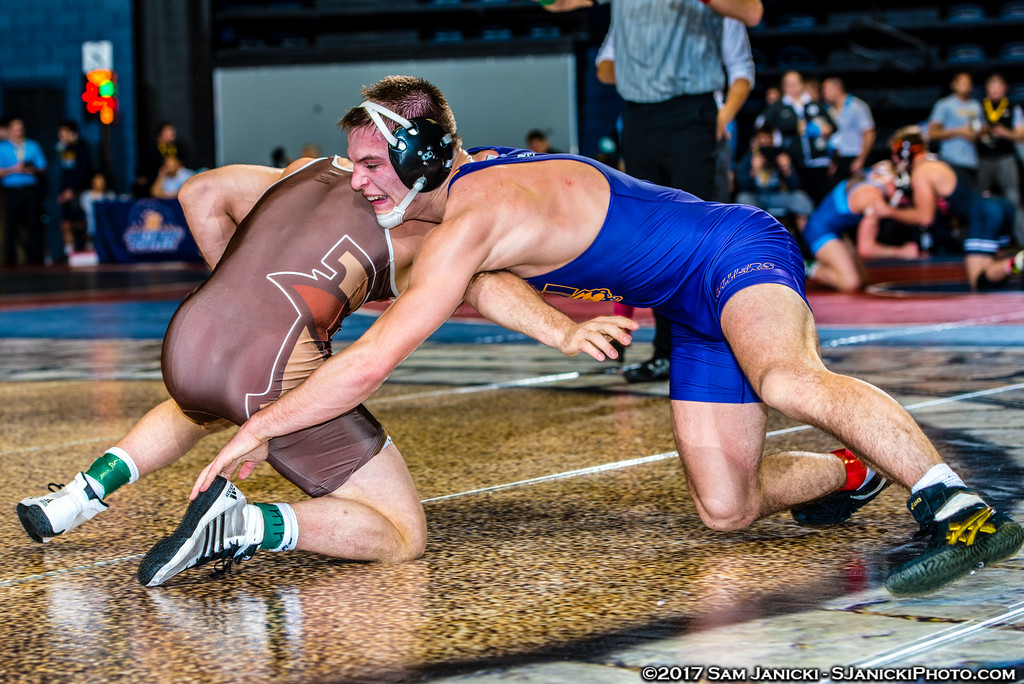 The University of Northern Iowa wrestling squad is on the road this weekend for the first time in conference, going to Mt. Pleasant, Michigan to take on Central Michigan. The Chippewas were the dominate team in the MAC, winning 16 conference tournaments before 2012, but they’ve faced some tougher competition since Missouri and UNI have joined the conference.

CMU is coming off it’s second dual win of the year, and it’s first in the MAC; the Chippewas defeated Ohio University 22-12 in a dual last Sunday. Before that though CMU placed 11th at The Midlands with one finalist in Justin Oliver. Oliver lost to Iowa’s Brandon Sorensen in sudden victory.

The Panthers are coming off a dual win at home over Northern Illinois. UNI came from behind to win that dual, 23-17. Doug Schwab’s squad won’t be able to afford to get down so much (they trailed 14-3 after four matches) against a better than average CMU squad, so it’s crucial they get off to a strong start.

This seasons battle features five matchups between ranked wrestlers, but the biggest match of the day will come at 149 pounds, where #8 Max Thomsen will face off against #6 Justin Oliver. The two underclassmen are a combined 38-5 on the year, with all five losses coming against top 7-ranked opponents. The top five at this weight are all very solid, but the next five are bouncing around to try to make their way to the top, and a win over Oliver would keep Thomsen on the rise.

The two teams really wrestle different styles, or at least they have traditionally. Doug Schwab and the Panthers like to go out and really take it to opponents; pushing the pace and scoring off of multiple attacks. Central Michigan has a different, more selective style when attacking, riding tough, and being away of where they are on the mat at all times. Both teams are good at what they do, and the past two seasons we have seen the Chippewas come away with wins.

The dual gets started Sunday at 1PM, and can be seen on ESPN3 (link above). We’ll have a play by play thread going during the dual, so if you can’t watch live be sure to check back at IAwrestle for all the action.

Edit: Dylan Peters is NOT listed as a possible starter on the UNI website. Schwab mentioned after the dual last week with NIU that Peters was dinged up.