Hawkeyes Start Road Trip with a 31-7 Win Over Michigan 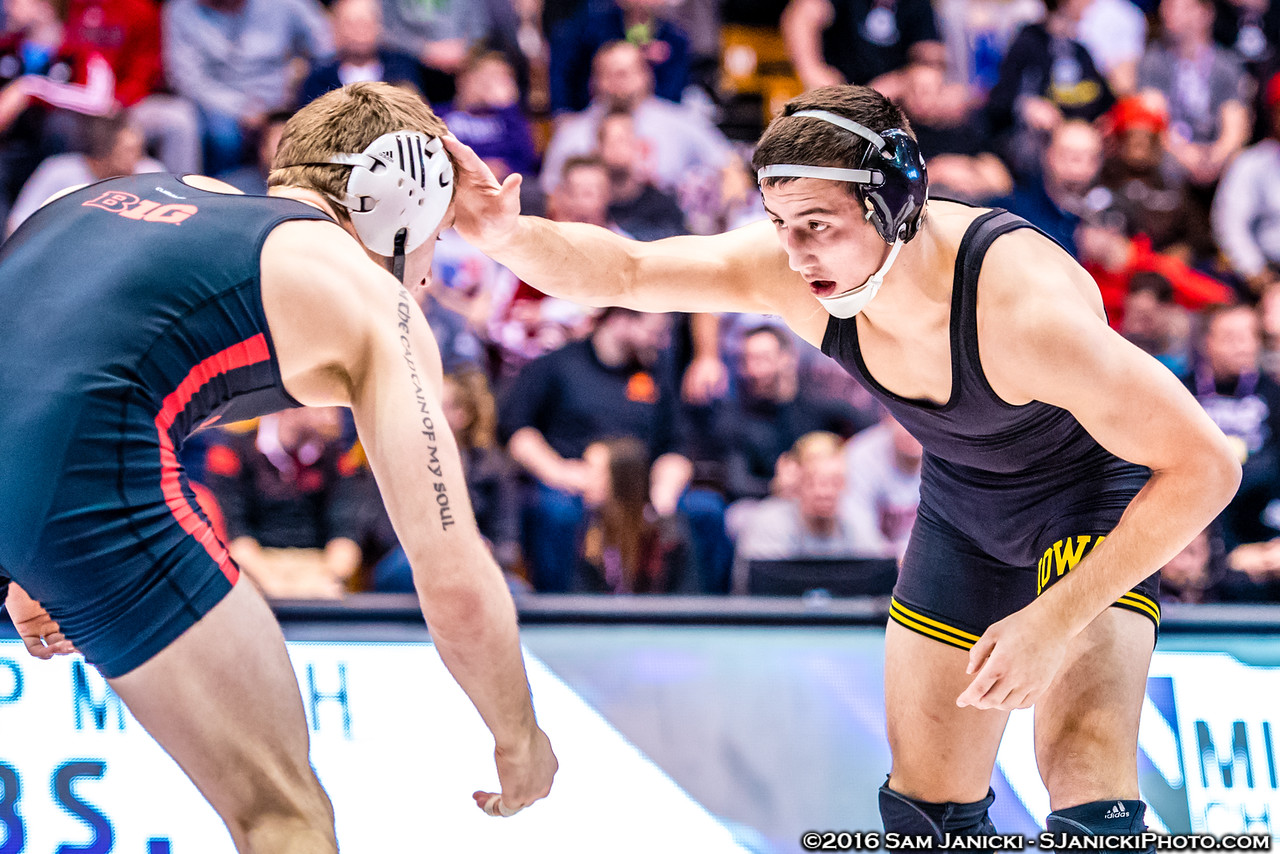 The University of Iowa picked up their second Big Ten dual victory on the season as the Hawkeyes downed the Michigan Wolverines 31-7 in Ann Arbor. This was the first of two road duals for the Hawkeyes as they head to East Lansing for a showdown with Michigan State on Sunday. This dual also marked the return of senior Cory Clark, who returned to the lineup at 133 pounds after missing over a month.

The Hawkeyes powered past Michigan, getting bonus point victories from the usual suspects. To date senior 125-pound wrestler Thomas Gilman has only been held to a decision on one occasion, and tonight would not be the second time, with the returning NCAA finalist racking up a 20-7 major decision against Wolverine freshman Austin Assad.

In his return to live competition Clark looked tough taking down top ten opponent Stevan Micic in a tight 2-0 decision that put Iowa up 7-0 after two bouts. Clark was able to ride Micic the entire second period and got a third period escape for his only scores in the match.

After surrendering the first takedown of the match, Topher Carton was able to fight back and pour it on late for a 8-4 decision at 141. Brandon Sorensen‘s match was never in doubt at 149 as he won with a 10-1 major decision against Zach Hall.

Iowa freshman Michael Kemerer continued his strong start to the season at 157 pounds, downing former All-American Brian Murphy 6-3. There was no lack of offensive attempts from Kemerer, but when in on an early attempt Murphy was able to pass Kemerer’s leg for the match’s first score. Kemerer was able to get a takedown of his own in the third in addition to a stalling point to pad his victory. Now 17-0 on the season, Kemerer lived up to his #2 ranking and is quickly emerging as one of the top wrestlers at his weight class in the entire country.

Michigan was able to get on the board at 165 behind #2 ranked Logan Massa’s major decision over redshirt freshman Joey Gunther. The Wolverines would make it back-to-back wins with Myles Amine winning 6-5 against Alex Meyer at 174 pounds to make the dual 17-7 heading to the final three weights.

Senior Sammy Brooks got things going back in Iowa’s direction with his 21-4 technical fall at 184 pounds over Ernest Battaglia and redshirt freshman Cash Wilcke kept it going with a 5-2 upset over Jackson Striggow at 197 pounds, scoring two takedown in the final minute to win.

Making his return to dual competition Sam Stoll looked like his old self, earning a fall against Dan Perry. Stoll was tied for team lead in falls a year ago with Gilman.

Up next the Hawkeyes will face a much different Michigan State squad than fans have been accustomed to seeing the last few seasons. The Spartans will enter the dual with two ranked opponents and are looking to score dual point against the Hawkeyes for the first time since the 2012-13 season. Look for our dual preview tomorrow on IAwrestle.