Hawkeyes Set for Showdown with the Spartans 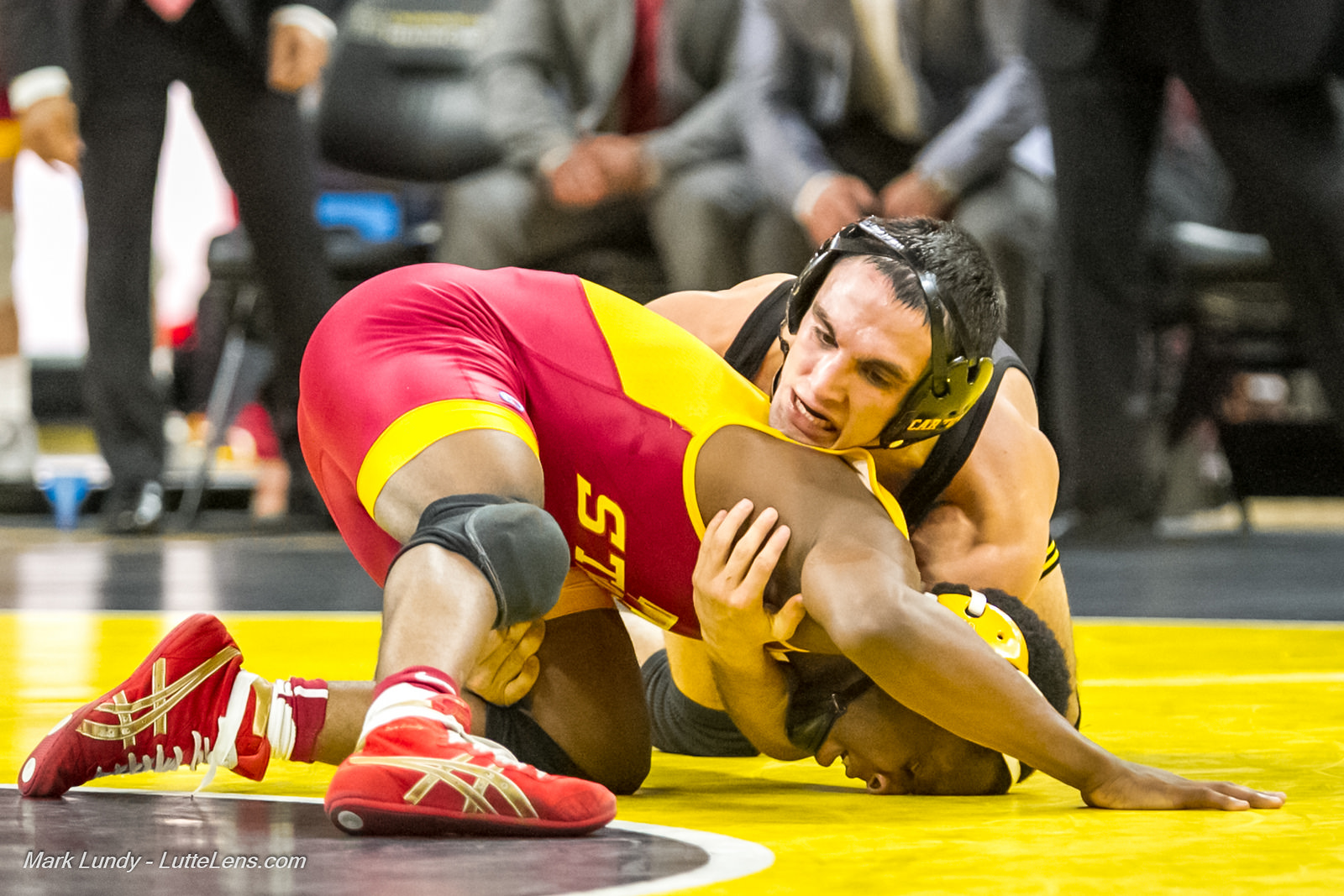 It seems like it’s been a while since Michigan State has featured two ranked wrestlers in their lineup, and believe it or not, Wrestle Stats actually projects the Spartans to win more matches than their in-state rival Michigan (we’ll get to those projections later). The two clear standouts on the opposing team are Javier Gasca and Drew Hughes who are ranked for good reason. Hughes is an absolute nightmare in the top position and can rack up tilts in a hurry if his opponent isn’t careful.

Keys for an Iowa Victory
1. Ranked battle at 141
2. Neutralize Drew Hughes on top
3. Wrestle to scratch

With MSU only having two ranked wrestlers, a head-to-head meeting between Topher Carton (141) and Gasca is going to carry some weight in this dual. The two are only separated by three slots in Trackwrestling’s latest rankings and with Iowa soon to enter the meat of their schedule, a win for Carton is a must. With Carton coming off a strong performances at the Midlands and and a win versus Michigan, defeating Gasca will go a long ways in building Carton’s resume for March. Carton’s key to winning this match will be to get to his attacks early in hopes that an early score can get his motor going.

Drew Hughes ability to score on top is worth repeating in this preview to remind you just how good he is in this position. Fans have been itching to see true freshman Alex Marinelli take the mat at 165, but so far it’s been redshirt freshman Joey Gunther who has gotten the call. Could this finally be the dual Brands unleashes Marinelli? If so it’s worth noting that prior to their senior high school seasons, Marinelli defeated Hughes by major decision at the first ever Night of Conflict. We’ll find out if Brands tries to capitalize on that shared history if he does indeed choose to put Marinelli on the mat Sunday.

In their Night of Conflict matchup it was all Marinelli, with the then future Hawkeye dismantling Hughes from his feet and never really was in a position to worry about Huhges top game. With both wrestlers now over a year removed from that match it will be interesting to see if Hughes has made the strides to catch or possibly even pass Marinelli.

The rest of this dual should be well in hand for the Hawkeyes, so as long as things go to scratch/paper this could be a rather lopsided victory for Iowa. The Hawks have had no problems in getting consistent bonus point victories from Gilman, Kemerer, and Brooks this season and they look to be big favorites coming in. Sorensen and Alex Meyer (174) have scored their fair share bonus points too, but they often find themselves victims to slow starts. Both Cory Clark (133) and Stoll won their first dual matches back from injury and the pair are just as big of threat to score bonus as the first group of wrestlers mentioned in this paragraph.

One thought on “Hawkeyes Set for Showdown with the Spartans”