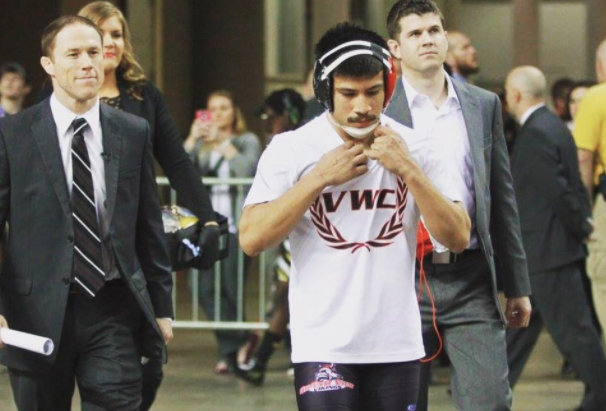 Grand View may be a NAIA program, but that doesn’t mean Head Coach Nick Mitchell doesn’t push his team to go out to be the best in the country. This week at the Midlands Championships in Evanston, Illinois, the Vikings will send four wrestlers to the tournament. The Midlands annually boasts one of the strongest fields in college wrestling.

“We’re looking to compete against some of the best guys in the nation at all levels, Nick Mitchell told IAwrestle. “We go because our guys like the challenge of wrestling the toughest competition. Some of them don’t get the opportunity to be the ‘underdog’ very much and at this tournament they all will be.”

The Vikings are currently coming off a 3-0 performance at the Desert Duals where as a team they went 28-2 for a combined dual score of 144-6.

“We wrestled really well out there,” Mitchell said on his team’s Desert Duals performance. “It was the first time we’ve been able to put out our best potential lineup with returning champs Jacob Colon and Michael Pixley back in the lineup, so it was a lot of fun. We’ve moved on from those duals and are focusing on what’s ahead now though.”

Coach Mitchell is not only happy with their performance on the mat this season, he’s also pleased with the work his wrestlers are doing in the classroom.

“We have a good group of guys. We had 25 guys with 3.0 or higher GPA’s first semester and that’s what we feel best about right now. If they keep living right, the results are going to take care of themselves. We just want to find out how good we can be and the only way to do that is to do everything right… all the time.”

One thought on “Grand View Sets Sights on Midlands Championships”