Recruits Slated to Compete at Powerade and the Clash this weekend 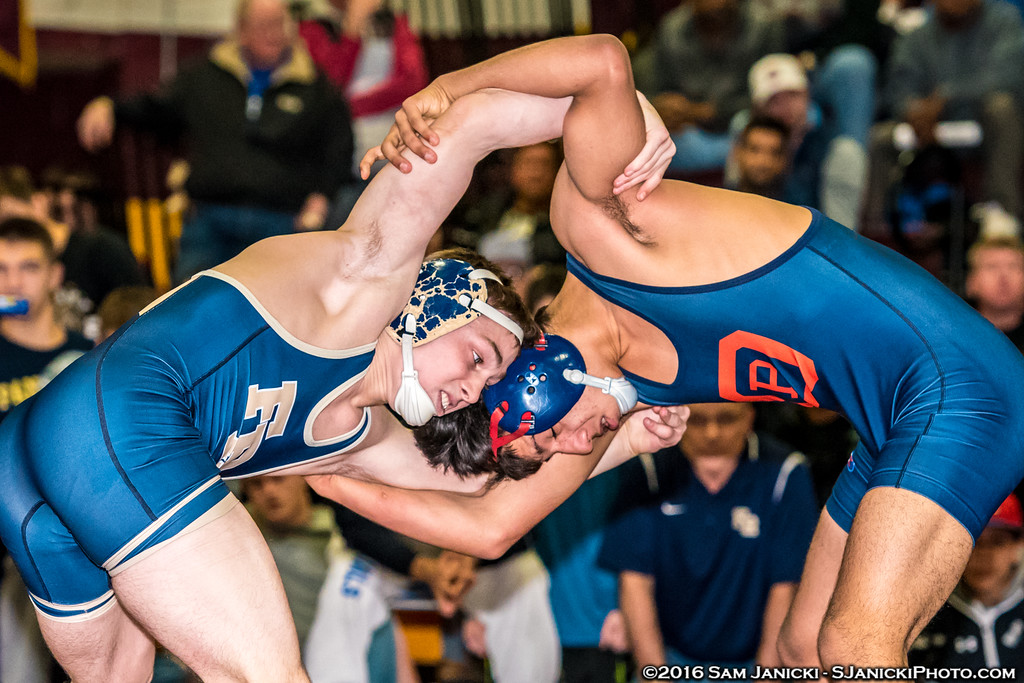 While college wrestling fans are patiently waiting for the two biggest regular season tournaments to get under way, the Midlands and Southern Scuffle, fans should also be aware that there will also be two major high school wrestling tournaments taking place this weekend, with some of the marquee wrestlers in those events slated to compete during their college careers here in Iowa.

First up is the Powerade Wrestling Tournament held in Pennsylvania will feature 25 of InterMat’s nationally ranked wrestlers, with talent coming in from various parts of the country. With both the University of Iowa and Iowa State both landing highly touted individuals out of Pennsylvania, it comes to little surprise that all three wrestlers are favored to win titles at their weights.

Jefferson Morgan’s Gavin Teasdale is the top wrestler at 120 pounds and of all the wrestlers with an Iowa tie in this event, his road looks to be the most difficult. His primary contender figures to be freshman phenom Beau Bartlett, who competes for the famed high school program Wyoming Seminary in Pennsylvania. Both Teasdale and Bartlett are ranked in the top five nationally at 120 pounds and the weight also features freshman Sam Hillegas and Super 32 place winner Logan Macri. The Hawkeye recruit will have his work cut out for him this weekend if he wants to remain undefeated in his high school career, but the other item of note is that Teasdale plans to head to 126 following this tournament.

What national tournament in Pennsylvania would be complete without the nation’s #1 overall high school wrestler Spencer Lee running through the bracket? Another Hawkeye recruit, Lee enters a field where the only other ranked wrestler is #17 Jack Davis of Wyoming Seminary. Most recently Lee picked up his third Walsh Ironman title in Ohio prior to the holiday break downing two top ten nationally ranked wrestlers along the way. He will clearly be the favorite this weekend at 126 pounds with the potential to win most, if not all, of his matches without having to go the full six minutes.

The final remaining recruit with an Iowa tie in this event future Iowa State wrestler Jarod Verkleeren of Hempfield Area at 145 pounds. Unlike Teasdale and Lee, Verkleeren is the lone ranked wrestler in his bracket, which means we should see the future Cyclone roll to his first Powerade title.

Action can be viewed live on Flowrestling ($).

For the other nationally touted event this week we look to our neighbors to the north where The Clash XV will take place in Rochester, Minnesota. Unlike Powerade, The Clash is a dual tournament, which means even though there may be several ranked wrestlers at a recruits weight, the possibility of the two wrestlers meeting will be smaller due to teams advancing based on how their team does as a whole. Also needing to be considered is the fact that some coaches will bump their wrestlers away from ranked head-to-heads to create a more favorable team result.

The most recent addition to the Iowa State Cyclones 2017 recruiting class is Park Hill, Missouri’s Weston DiBlasi, who is currently ranked #14 at 126 pounds by InterMat. Park Hill opens with Pewaukee, WIsconsin, which means no big match for DiBlasi out of the gate, but his bracket does feature Illinois high school power Oak Park River Forest. That means if Park Hill reaches Bracket D’s finals as they are seeded we could see DiBlasi face #6 Anthony Madrigal.

Also in Bracket D is DiBlasi’s future teammate, #2 ranked Jake Allar’s school St. Michael-Albertville. STMA will open with Hemiston, Oregon and a win in there will setup a dual with OPRF. The biggest potential matchup for Allar in this tournament would be if STMA were to face Roseburg, Oregon which would then potentially create a match with #3 Layne Van Anrooy.

The final Cyclone recruit in the field is Glenbard North’s Austin Gomez, who is the only ranked wrestler at 138 pounds in the tournament. Glenbard is in Bracket A and will open with Anoka, Minnesota. Gomez is coming off a dominating performance at the Dvorak tournament in Illinois last weekend.

That leaves Hawkeye recruit, Jacob Warner of Washington, Illinois as the final wrestler to discuss for this weekend’s action. Warner’s school will open with Kenyon-Wanamingo, Minnesota in the first round, but if they wrestle to seed they should reach the finals to matchup with Lake Highland Prep, Florida. There are currently two other ranked wrestlers in the field at 195 pounds with #9 Jacob Raschka (Pewaukee) and #11 Daniel Kerkvleit (Smiley, Minnesota) though it is too early to project any potential meetings between those wrestlers.

Catch the live stream on TrackCast ($) by Trackwrestling.