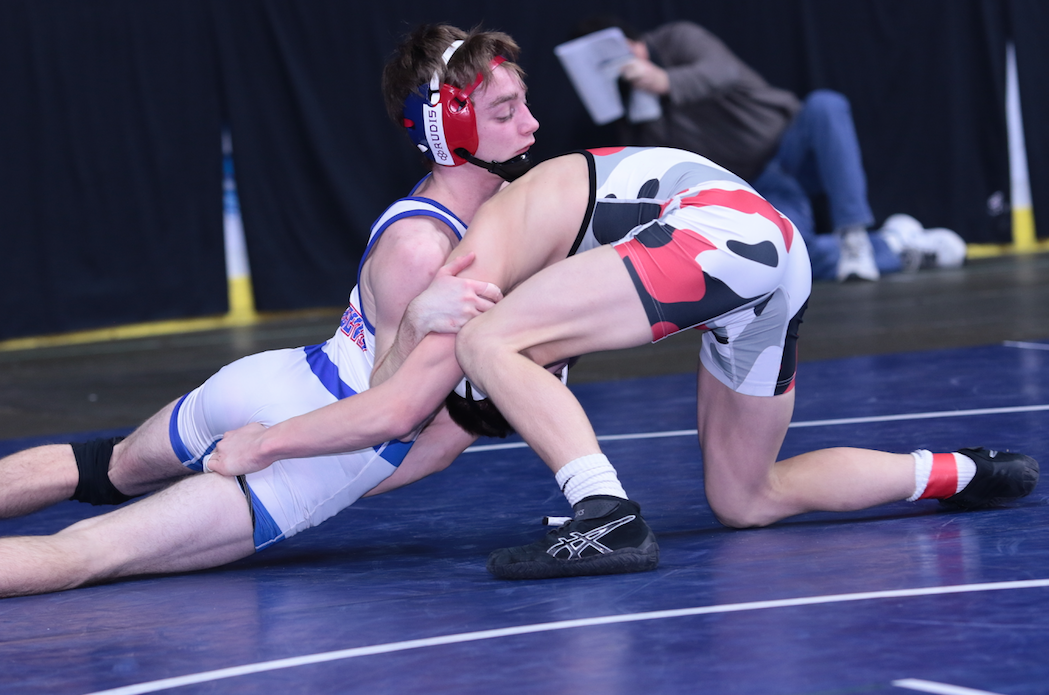 Last year it was hard to find a freshman in Iowa that had more hype surrounding him than Albia’s Aden Reeves. Prior to winning his first varsity match Reeves opened eyes across the country by earning top finishes in both Greco-Roman and freestyle at USA Wrestling’s Cadet National Championships. It didn’t take long for Reeves to jump to the #1 spot in IAwrestle’s rankings, and to be also considered one of the top talents in the country for his grade.

What happened next for Reeves was tough to swallow when Davenport Assumption’s Matt Randone, who was ranked #9 coming into the state tournament, defeated Reeves 6-5 in the 106 pound semifinals in a stunning upset.

“I was completely devastated,” Reeves told IAwrestle of his semifinals loss to Randone, “It was hard to even understand the situation or what had happened at first. It honestly didn’t even set in until the night of finals. It was a hard situation to handle.”

Rather than wallow in self-pity, Reeves quickly collected himself and rebounded by scoring two straight wins by major decision to place third. A feat that is often overlooked as sometimes freshmen or wrestlers perceived as favorites sometimes get so caught up in the loss, they lose focus on the bigger picture.

“I knew I had three seniors that were counting on me,” Reeves said on why he was determined to regroup after his loss, “After I lost I switched gears and wrestled for those guys, who I knew would never have a chance at taking a team trophy home again. I owed a lot to those guys and felt like I couldn’t let them down.”

Reeves was able to deliver for his teammates as his bonus points played a pivotal role in Albia’s third place finish, thus resulting in a team trophy. Albia finished three points ahead of fourth place Glenwood. Had Reeves not responded the way he did might have resulted in Albia left on the outside looking in.

Over the next few month Reeves shifted his focus away from folkstyle to redeem himself by earning another All-American honor at the freestyle National Championships.

“Going back to Fargo and picking up another All-American honor did help make up for the state tournament. As soon as all the dust settled after state, I quickly shifted gears and started focusing on the next thing at task. I always think the best way to forget about a loss is to focus on what’s ahead.”

After the season wrapped up Reeves bumped up to 120 pounds for summer wrestling with the emphasis on the wrestling, not the weight cutting.

“I feel like the way I handled the weight cut did effect my performance. This summer I focused a lot on becoming a better wrestler and focused less on cutting weight. This year I plan on finding a weight that I will be a good size at, and be able to focus on wrestling and not cutting weight.”

For now Reeves is currently ranked #2 in IAwrestle’s preseason 2A rankings at 120 pounds. While he is still a title contender, Reeves is entertaining the notion of dropping down to 113 soon. Until then Reeves is concentrating on the lessons learned last year to make this year even better than the last.

“The goal for a season is always to win a state title. I learned from last year that I need to focus on one match at a time and enjoy every aspect of the season because it flies by really fast.”