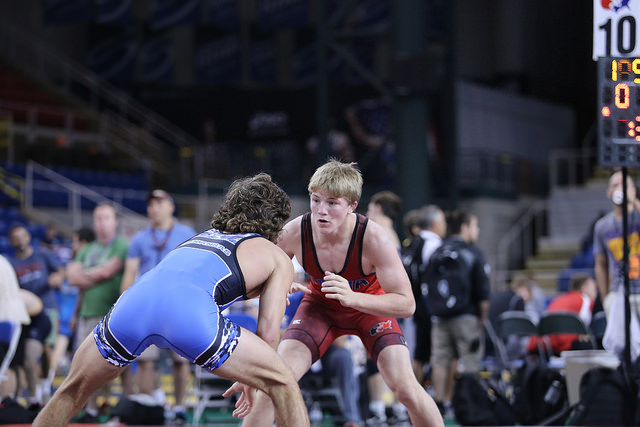 New Hampton state champion Keaton Geerts has officially given his verbal commitment to Doug Schwab and the Univeristy of Northern Iowa. The news comes shortly after the Panthers added Union prep Derek Holschlag to their class.

“It feels like family,” Geerts told IA Wrestle on why he chose Northern Iowa, “I really like the coaches and the wrestlers. I feel like that’s the place I am going to become the best I can be.”

Ranked #7 in IA Wrestle’s Fab 50 rankings, Geerts is considered a late bloomer for this class. Geerts finished fifth as a sophomore at the state tournament, but started to gain national attention when he made the round of 12 at Fargo’s Cadet National championships in freestyle. He continued his ascent by winning state this past year, and then added All-American finishes at FloNationals and UWW Cadet Nationals.

Geerts plans to wrestle 138 this season for New Hampton and will compete at 141 in college. He choose UNI over Iowa State, Nebraska, Ohio State, and Oklahoma.