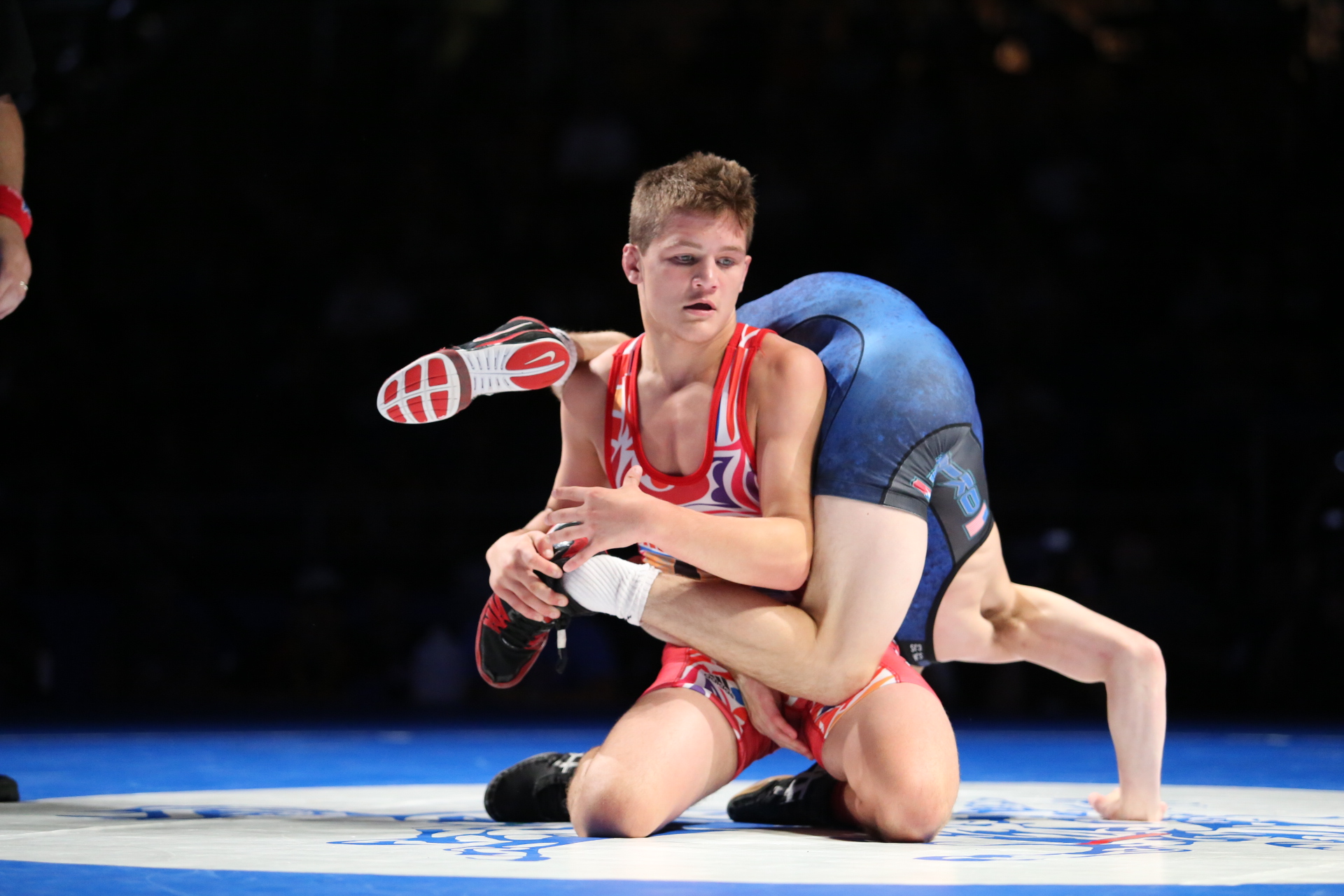 For the fourth straight year the national wrestling media website Flowrestling will put on their all-star wrestling dual, Who’s #1. The dual pits the best of the best in the nation against each other in a battle for what often times results in the winning wrestler being ranked the top high school wrestler at his weight-class. It’s no happy accident that the winning wrestler’s end result is the #1 ranking, as event head Willie Saylor builds his lineup with the intent that the outcome of every match will give a definitive head-to-head result when putting together his rankings.

For the fourth straight year former University of Iowa Big Ten champion, Jody Strittmatter, has been selected as a coach for one of the two teams that the field will be split into. Strittmatter, who runs the nationally famous Young Guns Wrestling Club with his brothers in Pennsylvania, has placed three of his club athletes in the dual for three consecutive years.

And one of those wrestlers has been the current #1 ranked Gavin Teasdale of Jefferson-Morgan high school, who is making his third WNO appearance. Tesdale holds a 1-1 record at the event, falling to Cade Olivas of California in his first match, but last year he was able to defeat Arizona standout Roman Bravo-Young. Teasdale, who committed to the Hawkeyes this past spring, will take on Ohio’s Jordan Decatur in this year’s dual. Fans of the state of Iowa may remember it was Decatur who defeated Iowa native Brody Teske in the Fargo freestyle finals earlier this summer.

In addition to a Hawkeye recruit being featured in the WNO field, the Iowa State Cyclones will boast two of their recruits in the event as well. Another Young Guns standout is Jarod Verkleeren, who will take on Oklahoma  native Kaden Gfeller in his matchup. Verkleeren became a big name when he was able to capture the 2015 Cadet World title.

Austin Gomez is the second Iowa State commit in the WNO event, and he too will face an Oklahoman with his opponent being the #2 overall recruit in the 2017 class, Daton Fix. Gomez will be looking to score a big upset against Fix, who recently won both head-to-head matches this past Spring in the finals of the Junior World Team Trials.

Finally, we will see former Iowa Hawkeye wrestler Tony Ramos also compete in this dual as Flowrestling has put together a professional match against Oklahoma NCAA champion Cody Brewer. Ramos was the 2014 and 2015 freestyle World Team member for USA at 57 kilograms, but will be coming up to 61 kg for this matchup. While Ramos will be moving up from his presumed natural weight, he did compete for Team USA this summer at 61 kg at the Freestyle World Cup.

Fans can watch the dual at this link on Flowrestling tonight’s at 4:00 PM Central time. Flowrestling has released their own betting lines for the event and according to those both Teasdale and Ramos will be favored in their matchups, while Gomez and Verkleeren come in the underdog.