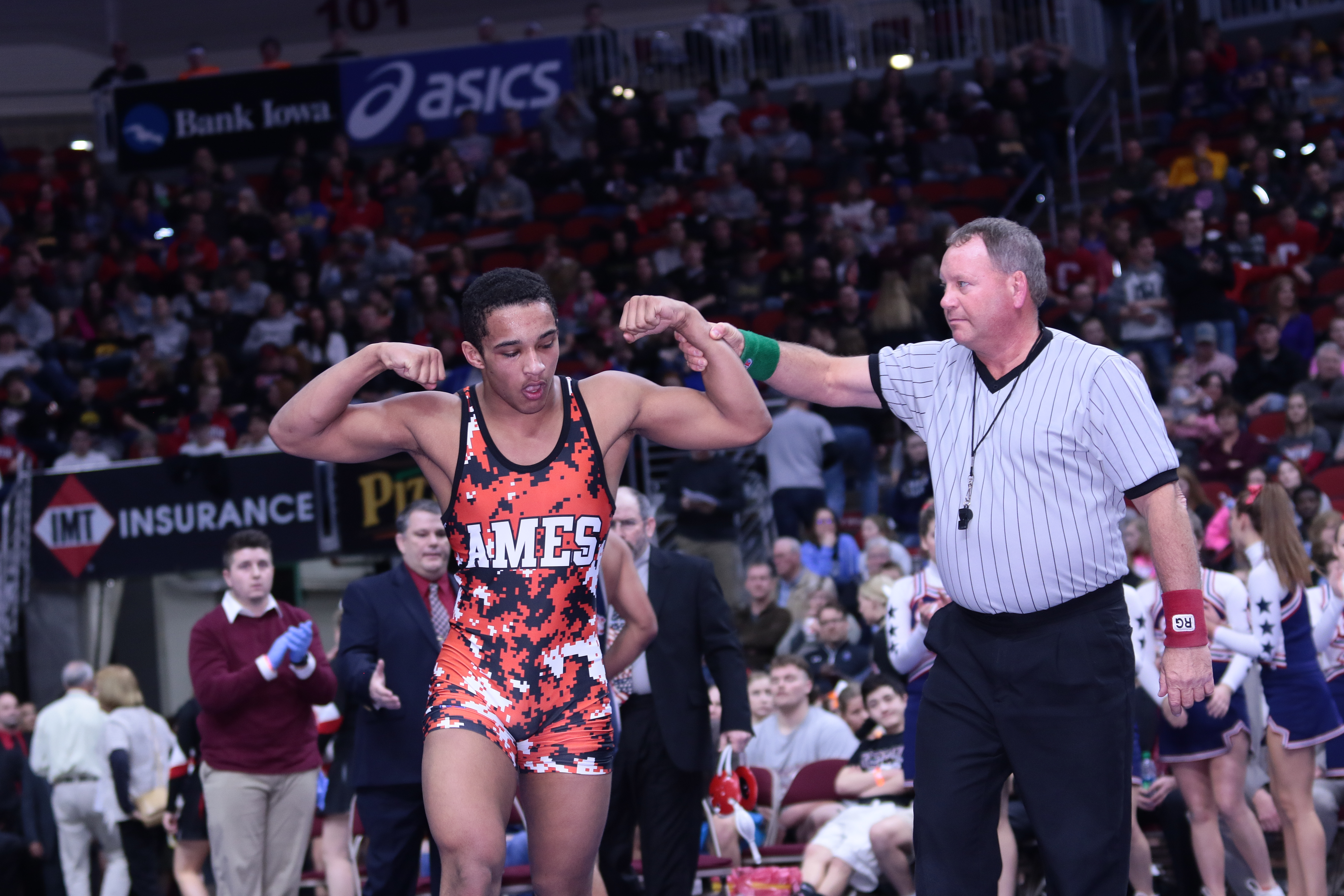 Iowa State head coach Kevin Jackson didn’t have to travel too far to find his next commit for the class of 2017 with Ames high school’s Marcus Coleman verballing to the Cyclones.

“I have been a Cyclones fan every since I can remember. I like the team, I like they are a little laid back, but get the work done. I like the team chemistry with KJ, the Paulson brothers, Angel (Escobedo) they make me feel at home when I am there so I think it was the right place to go. That’s where my heart is.”

Coleman is a two-time Iowa high school state champion winning his first title as a sophomore at 152 pounds, and then repeating as a junior this past February at 170 pounds. In addition to winning his first state title in 2015, Coleman also reached the 160 pound finals of the Cadet Freestyle Nationals in Fargo, North Dakota taking second at the national tournament.

In the latest release of rankings, Coleman is considered the #42 overall prospect in the class of 2017 according to InterMat, and Flowrestling rated him #10 at 170 pounds. Most recently the soon to be senior put in a 5-3 performance for Team Iowa Red at the 2016 Junior Freestyle National Duals tournament.

Coleman projects at 174 pounds for Iowa State, with the potential to grow into 184 pounds. He joins a 2017 class that features the nationally ranked Austin Gomez of Glenbard North, Illinois (#13) and fellow Iowan Ryan Leisure of Clear Lake (rated #5 in IA Wrestle’s Fab 50).

Coleman is planning on studying either criminal justice or physical education. Coleman picked Iowa State over UNI, Missouri, and Nebraska. He also intends to continue wrestling freestyle in college.

“I definitely want to wrestle freestyle in college and train there at their RTC. Coach Jackson is a great chance, you know he was an Olympic champ, you really can’t beat that.”

As of now Coleman is focused solely on Fargo and winning a coveted national title, “I have been training up at ISU, training with my practice partners. I have just been really hitting it hard, doing two-a-days.I came up short on my goal last year I was one match away that I probably should have won. I want to go back and get redemption and win it this year.”