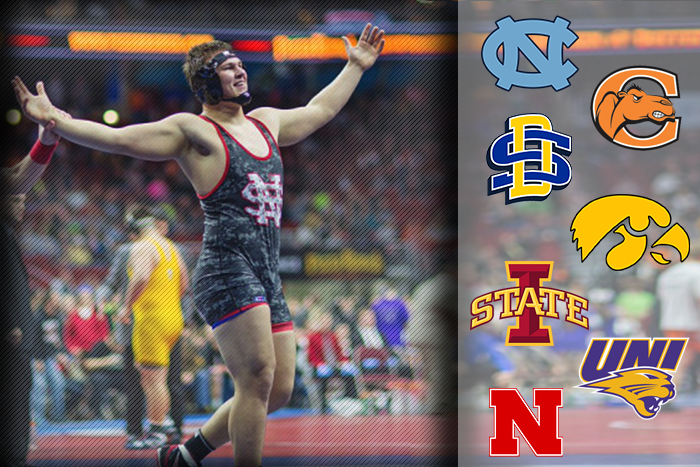 With recruiting season now in full swing, we take a look at the top prospects in the class of 2017 and where they are looking. July 1st is the first official day that college coaches can contact high school juniors (or soon-to-be seniors) and discus scholarship offers.

Shortly after picking a huge victory over Ethan Andersen in the state finals, North Scott’s Wyatt Wriedt informed IA Wrestle that Nebraska was the only school that he was even considering doing an unofficial visit to. Obviously some time has passes since that February interview, and we now know a little bit more about Wriedt’s college search.

As of right now Wriedt is still fielding offers from other teams, but he has now set up official visits with both Nebraska and North Carolina this fall.