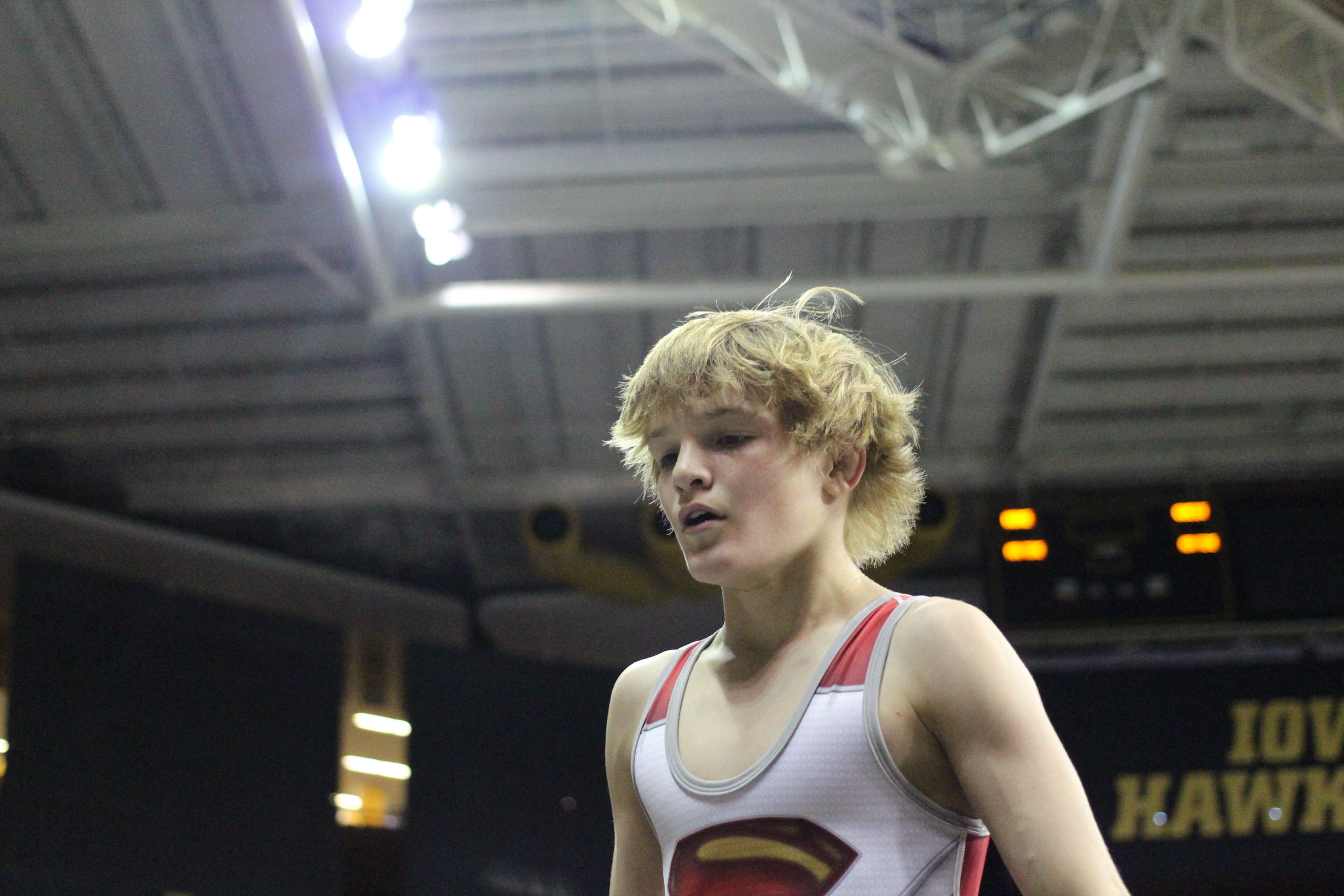 The USA Wrestling/Cliff Keen Cadet and Junior folkstyle national titles took place this past weekend in Cedar Falls at the UNI-dome. The state of Iowa finished the weekend with 31 medalist at the tournament, with 16 of those coming from the Cadet division, and 15 from the Juniors. Perhaps even more impressive this weekend was the fact that of those 31 medalist, 12 of those wrestlers competed in their weight’s finals bout, though only Cullan Schriever of Sebolt Wrestling Academy and Carter Isley of Youngbucks Wrestling Club managed to come home with the coveted stop sign shaped national title trophy.

Coming into this season, Schreiver has already been discussed at length, and one of the biggest reasons is the fact that he was one of the few wrestlers in the entire country that managed to win a national title in every style for his grade level. Dubbed the “triple crown” of wrestling, Schriever won the Schoolboy folkstyle, freestyle and Greco-Roman titles in 2015.

His 2016 season is off to a similar start, after he won the lightest weight-class in the Cadet division, 88-pounds, with a 3-2 decision over Emilio Haynes. Schriever is now one third of his way into the journey of trying to win a triple crown in the Cadet age level.

Oddly enough, not only did Iowa get a champion at the lightest weight, but its only other champion came at that largest, book-ending the finals for Iowa. Albia standout Carter Isley downed fellow Iowan Aaron Costello, 3-1 in the finals of the Junior 285 weight-class.

Clingenpeel’s weekend was rather unexpected after the future North Dakota State couldn’t make 160-pounds, he elected to go up to the 170-pound weight. The biggest win for Clingenpeel was his 6-3 decision over Ames two-time state champion Marcus Coleman, who was the Cadet champion at 160-pounds last year.

For Lyon it’s the second straight year that he finishes runner-up at the 182-pound weight. Lyon actually carried a 3-0 lead heading into the final period, before Betourne was able to put Lyon on his back in a go-ahead move.