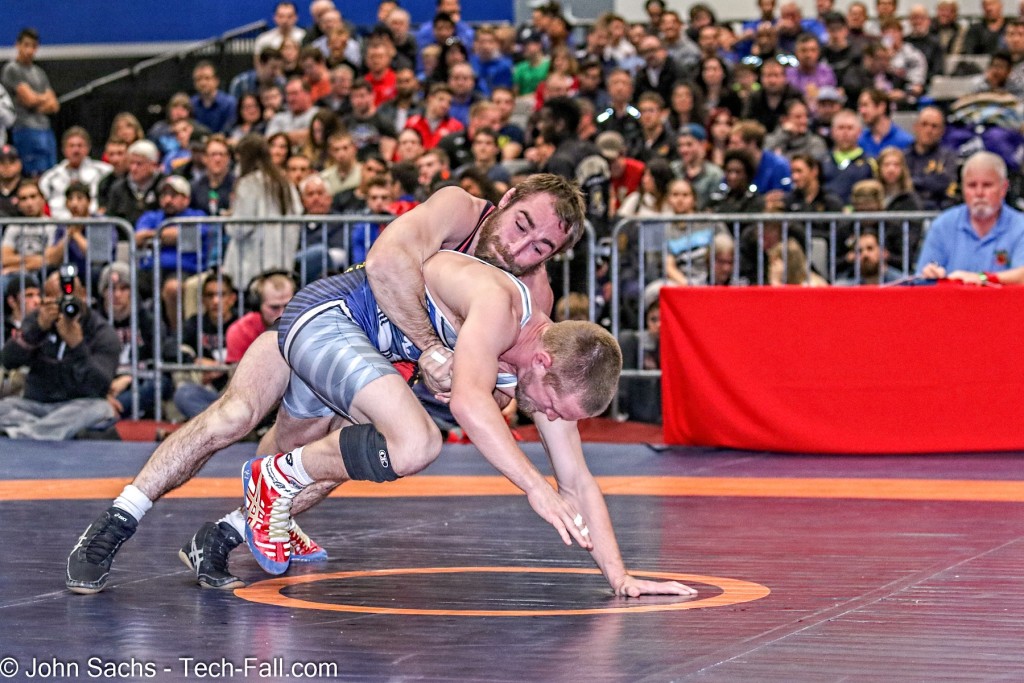 It was a first day of mixed results at Russia’s Ivan Yarygin, with 57kg wrestlers Tony Ramos and Dan Dennis of the Hawkeye Wrestling Club both taking to the mat, and neither was able to come home with hardware.

Dennis had the more successful tournament, opening with a 8-0 decision against Russia’s Solbon Tumenbayar, but was then defeated in the next round by technical fall to the eventual silver medalist Rustam Ampar of Russia.

With Ampar reaching the finals, Dennis was pulled back into Repechage and given the chance to wrestle his way back for a bronze medal finish. Dennis picked up a fall over Mongolia’s Bayarkhuu Jamyan, but was then defeated by Russia’s Nariman Israpilov 8-6 just one match prior to the bronze medal match. It was a tough bout for Dennis who led 6-4 at one point in the match, but was unable to retain his lead through to the match’s conclusion.

Ramos drew a qualifier match to open the tournament and was able to pick up a 4-3 victory over Russia’s Eduard Grigoriev. It was a big match with Ramos trailing 3-0 late in the match. Ramos was able to take a last second shot and score a takedown for 2-0 points. Initially the refs did not award an additional two points to Ramos for back exposure, but after Terry Brands threw the challenge cube, Ramos was given credit for a four point move and the match victory (video below).

That setup a rematch with Omak Syurun, who Ramos defeated 4-2 at last April’s World Cup. Syurun was able to flip the script on Ramos, with at one point having a 4-0 lead, but Ramos was able to score two points near the end of the match to cut it in half.

Andrew Howe also competed for USA at 74kg. The former Oklahoma wrestler and current coach for the Sooners took fifth.

We did get some pretty good vines out of the tournament though: