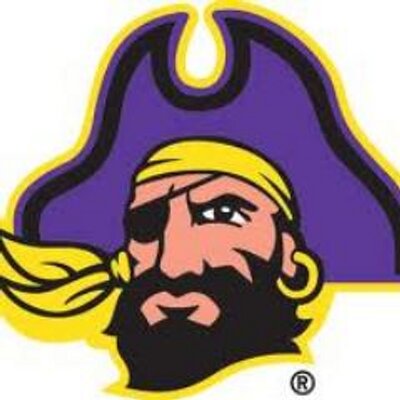 Back in 2005 two 1A Iowa high schools programs emerged as titans dominating the state’s smallest class for the better part of a decade. Yes, for eight years it was either Logan Magnolia or Don Bosco who walked away with the team tournament title, year-after-year until coach Kane Thomspon and the Alburnett Pirates finally broke through claiming the school’s first individual title in 2013, and won their second title last year in 2015.

Thompson may have moved on to bigger things (school size – he now coaches 3A powerhouse Cedar Rapids Prairie), but his successor, former Coe College standout Clayton Rush, will look to continue that success as the Pirates begin the 2015-16 season as the 1A favorites.

“This team wants to be on top. They want the target on their back.” Coach Rush told me in our interview, “They are a high level group. I can coach these guys at a high level and I can push them pretty hard and they respond really well to that.”

“They walk around with a target on their back, not in an arrogant way, and they know they are the top dogs and they want the target on their back.” Rush said of his two top ranked wrestlers, “Those two they have to be leaned on. We have certain guys on our team, the underclassmen and even some of the upperclassmen, and those are the two they lean on because they have the most experience. They have experience winning high level matches. You look to them to step up and rise to certain occasions.”

The experience doesn’t stop there, as #5 Tucker Franklin (132) and #7 Tanner Hoyer (145) also return for Alburnett with both wrestlers qualifying for the 2015 tournament. If you are keeping track that’s seven ranked wrestlers over the span of eight weight classes in the heart of the Alburnett lineup, making them a nightmare matchup for both tournament and dual opponents.

In addition to returning half of a lineup full of state qualifiers, coach Rush mentioned a few freshmen the he believes will show up in our rankings at some point in the future,“We have two lightweight guys, Jaymus Wilson (106) and Mason Wickman (113). Jaymus is a really tough wrestler had some good matches with some 3A kids the other weekend. Wickman beat a former state qualifier from East Buchanan. Definitely those two guys right there can put us on the map even more.”

“We have another freshman, Kanan Morris at 132 pounds, which is a tough weight, but he is someone to look forward to this year and the years to come.”

To start the season Alburnett is definitely showing why the IA Wrestle team has them ranked so high, bringing home a top five performance against some of the larger 2A and 3A schools at the Independence Invite, and a runner-up finish at the Five Seasons Duals just this past weekend.

“When you wrestle a tough schedule [against the bigger schools] it keeps you motivated and it shows you that there is always another level to reach and shoot for. One of the things that is great about this group is that they aren’t afraid to go out and wrestle these big schools. They love tournaments like that.”

And while Alburnett has looked like a top tournament team out of the gate, they have already suffered two dual losses to conference rival Lisbon, but that is something coach Rush thinks his team can overcome to be able to win both the traditional and dual title this year.

“One of the biggest things is you can’t leave points out there. When you can get bonus points you have to get them and when you can save them you have to save them. That’s something I preached to those guys before the dual even started. As the season goes these guys are going to get better in different positions, so I feel condiment the next time we wrestle them – hopefully there is a next time – or any other top team you have to go out and get bonus points in any big dual like that.”

As a product of already wrestling and taking losses to Lisbon so early in the season is that coach Rush can now go to work with his team an correct what needs correcting and it allows some of the younger wrestlers on the team to get a taste of a high level match right out of the gate. The good news is that Rush believes his team is handling the loss well, and that just may set them up to do big things down the stretch.

“You lose a close one to a conference rival in Lisbon and it stings them a little bit, but it also motivates them a little more to want to be on top. I wouldn’t say they like to fly under the radar, they like to be the top dog with the target on their back.”