UNI Freshman duo off to strong start for Schwab 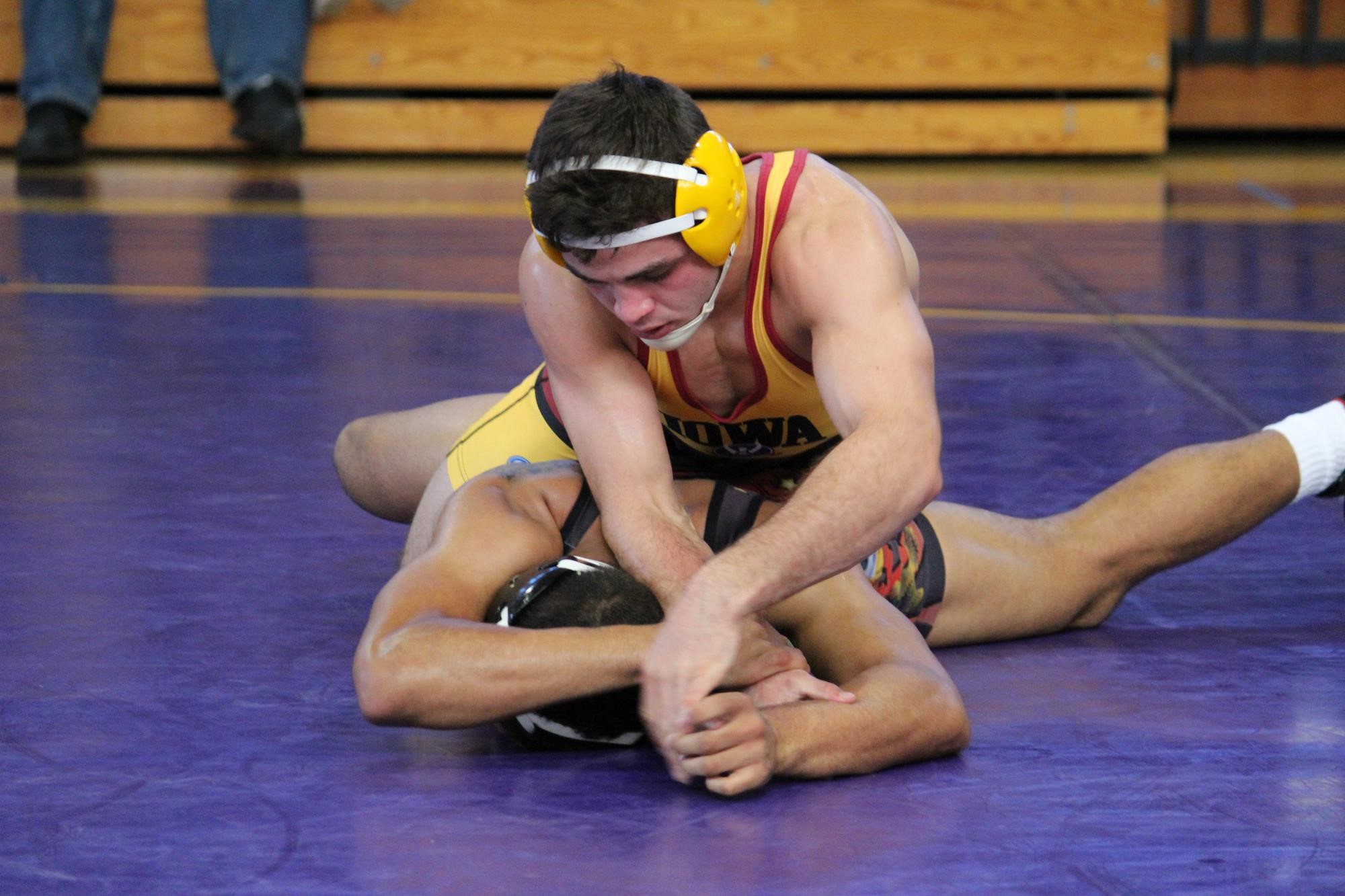 In 2010 the University of Northern Iowa made the move to hire Hawkeye assistant coach Doug Schwab to head their program and become the ninth head coach in Panther history. Since that time he has produced five All-Americans and has helped push the Panthers up the national ranks in attendance.

One of the things Schwab was known for during his time at Iowa was his ability to recruit top high school talent and help them realize that talent on the mat. It comes as no surprise that Schwab has carried that knack to Cedar Falls where last season he produced the #4 ranked recruiting class, and his last two classes combined has produced four top 50 recruits.

But it’s not just about getting the talent to the college it’s about developing that talent as well. Something that we have seen from former Illinois prep standout Josh Alber, who has stepped into the lineup at 133 pounds this season and is off to a strong start. Starting the season unranked, through the first month of the season Alber has already climbed into the top 20 of InterMat’s rankings currently sitting at #15.

To give some perspective on the talent Alber has displayed this season he defeated Rutgers star freshman #17 Anthony Giraldo in his first official match of the season 3-1 at the Northeast Duals, getting payback for a 10-1 major decision loss to Giraldo at Midlands last season. He then defeated #20 Joey Palmer of Oregon State the same weekend. He took Iowa State All-American #7 Earl Hall to the wire at Cliff Keen Las Vegas, losing 9-7 in the round of 16 (he lost again later to Hall 17-7), but he stormed all the way back to finish sixth and he picked up a 3-2 decision over then #12 Josh Martinez of Air Force along the way.

“Alber has a lot of fight,” Schwab said in a University of Northern Iowa press release. “I like some of the things he does. He is showing some emotion. You must have some energy and fire. The teams and individuals who were winning have some of that fire, and I felt like he had some of that (at Cliff Keen).”

Alber now has three losses on the season with the first being to Missouri’s #14 Zach Synon 2-1, which now makes Alber 1-2 against the returning MAC champion in his career. His only two official losses at CKLV last weekend both came by Earl Hall’s hands (he medically forfeited in the fifth place match).

Looking over his brief resume for 2015-16 it appears that Alber is far from a finished product on the mat, but there is plenty of upside, and he should fully be in the middle of both the rankings and remains a large threat to win a conference championship as a freshman.

Unlike his mentor, Iowa head coach Tom Brands, Schwab cut loose from an old tradition that he himself followed of always redshirting true freshmen. The Panther head coach broke that mold when he named Waverly-Shell Rock native Bryce Steiert to be his starter at 157 pound this season.

Despite being a year behind in age than Alber, Steiert has had a lot of the same successes that his elder teammate has had on the mat so far this season. Steiert did not have the start to the season that Alber had, going 1-2 at the Northeast Duals, but from there the middle weight has turned it on. He claimed a Finn Grinaker Open title by defeating 2015 top 100 recruit Andrew Fogarty in the finals. He then earned his first career fall over Missouri’s Luke Fortuna, which at the time placed his team into a tie with the dual score. The fall over Fortuna also earned Steiert a MAC wrestler of the week award.

Following that Steiert had a solid CKLV tournament defeating the then #17 Elezar DeLuca of Northern Colorado, followed by another big win over #14 Dylan Cottrell of West Virginia. He lost to #2 Ian Miller of Kent State (8-4) and then lost again to Andrew Atkinson of Virginia (12-0) before medically forfeiting out.

Both Steiert and Alber are poised to have what could be two big seasons for the Panthers and considering both are now ranked in the top 20, they both have great chances to earn NCAA berths in their first season. Last year UNI failed to qualify both 133 and 157, so the performance of the pair is more than about individual success, but they also help strengthen the team as a whole.