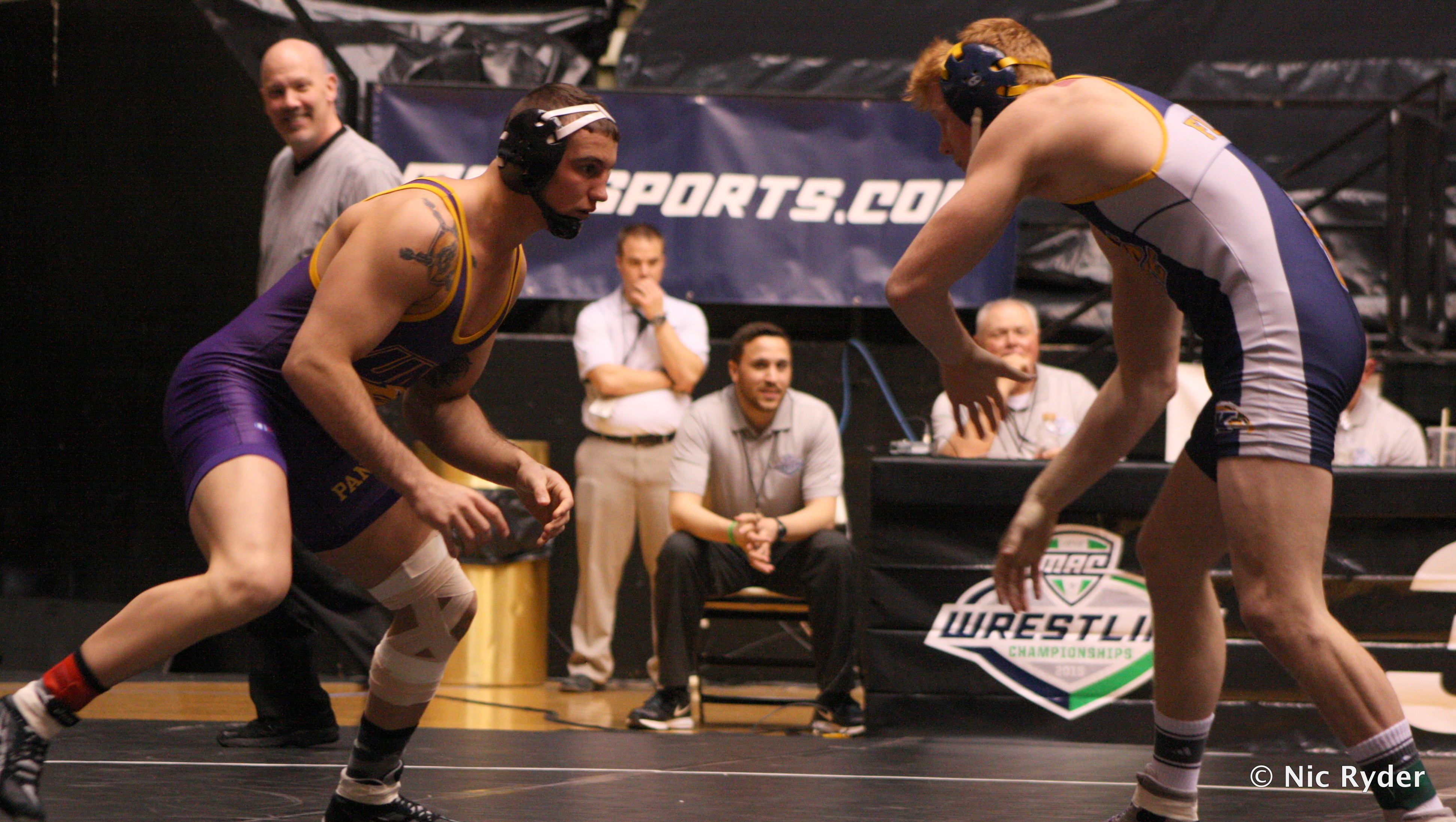 Rounding out UNI’s wrestle offs were the 184 and 285 pound weight classes. First up was Cody Caldwell against Adam Drain. Caldwell came right out and scored a takedown in the first couple seconds of the match, and then got taken down himself later in the first, but came right back with a low single and scored two more points. He then went to work on top, riding Drain out of the period and scoring a four point nearfall before the buzzer. It was all Caldwell from there, as he went on to win 18-6.

There was only one match at 285 as well, as Blaize Cabell, last years MAC runner-up took on JJ Everard. Everard transferred from South Dakota State during the summer, and will be redshirting this year (he would have to sit out due to transfer rules anyway). Everard is a bit heavier than Cabell, and being ridden by a bigger, heavier guy was ultimately his downfall last year. Cabell gets out from bottom in the second period almost right away, which is good to see. About the only time that he struggled was when he took a shot and didn’t power through, and Everard was able to just overpower him and get a takedown himself. Overall I think these two know each other really well at this point, and as long as Cabell can create angles and finish shots, he should end up as one of the best heavyweights in the country.