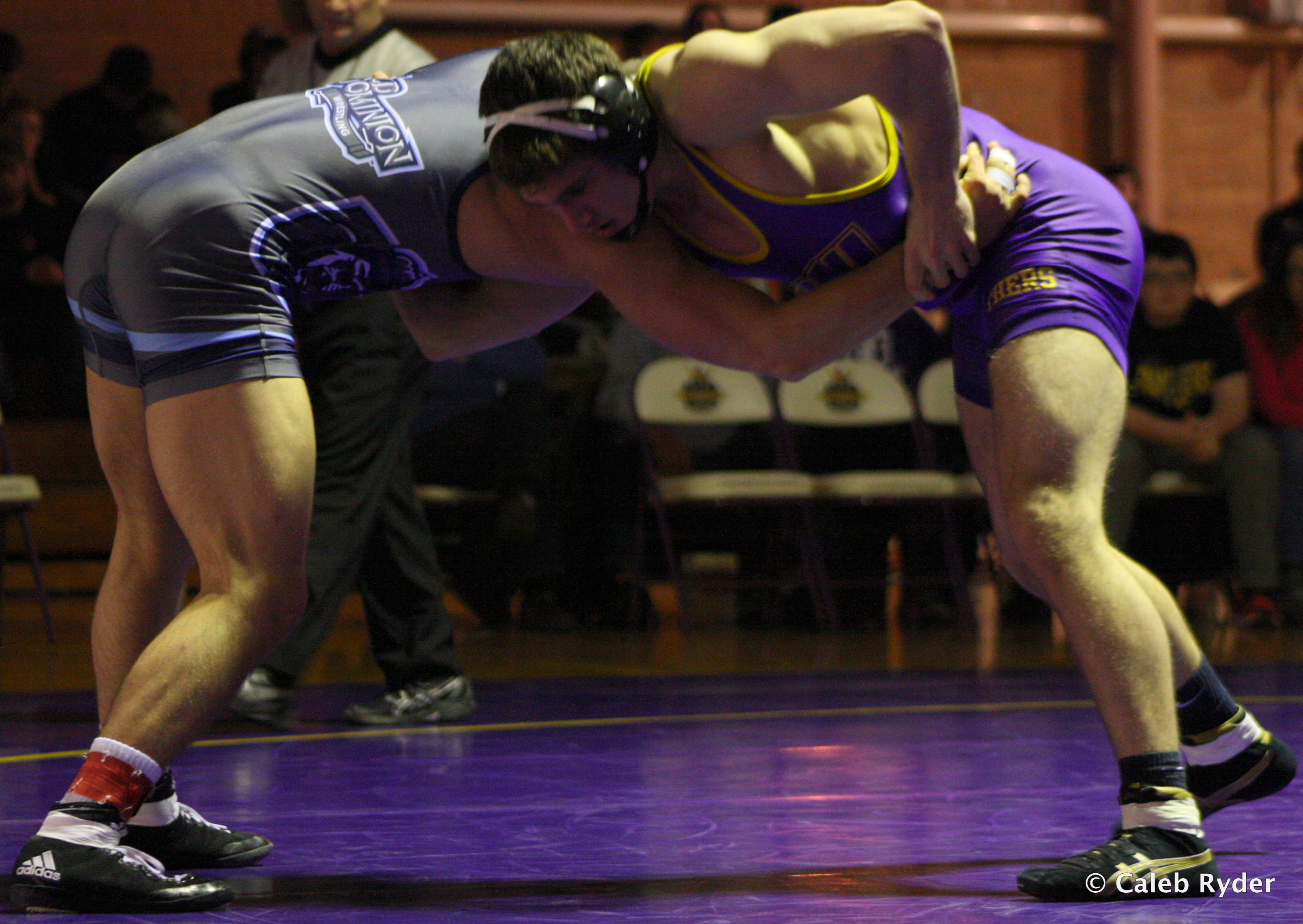 At 157 pounds we had Bryce Steiert’s debut for UNI. Steiert won the match by pinfall over Isaiah Patton, and unfortunately we don’t have video of that match.

At 174 we had a battle between two more true freshmen, as Jacob Holschlag won a battle over Taylor Lujan 4-2, and you can see most of that match below (our camera battery died before the end of it).

In addition to that match we may have seen a bit of a changing of the guard at 174, as Drew Foster won 6-3 over last year’s part-time starter Kyle Lux. There was a really nice scramble by both men in the first period, where Foster earned a takedown and Lux came right back with a reversal. What sealed the deal for Foster though was a reshot he took off of a poor Lux shot in the third period that put Foster up 6-3 and was good enough to get the win.