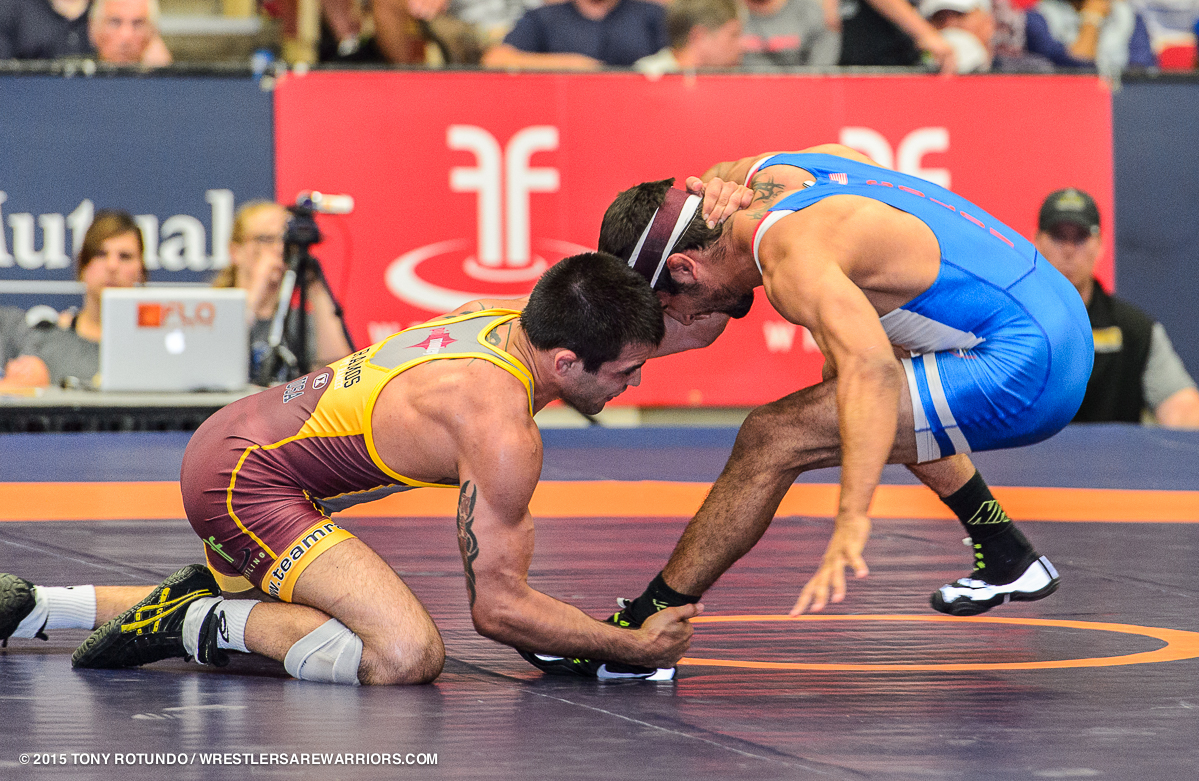 Hawkeye Wrestling Club’s Tony Ramos is currently out in Colorado at the Olympic Training Center as they hold a team camp getting ready for the Pan-American Games which will be held next month, and then ultimately the World Championships. Ramos won the 57 kg World spot for the United States for the second year in a row and this summer he will face a tough task at the Pan-American games.

The games, which are only held every four years are being hosted in Toronto, Canada and only the six Olympic weights (57, 65. 74, 86, 97, and 125 kg) will be contested. Ramos will most likely have to go through Cuba’s Yowlys Bonne Rodriguez, who is currently ranked #3 at 61 kg. Both Ramos and Rodriguez have met on a pair of occasions this past year, with the first meeting Ramos was caught for a pin at the World Cup, and the second was a 14-1 technical fall by Rodriguez at Beat the Streets New York.

Ramos does remain optimistic about a potential rematch though: “(The games are) going to be huge. I think I got the World Champ there, the Cuban. I have wrestled him two times and if I want to win a World title that’s who I am going to have to beat. He hasn’t made scratch (weight) yet. He hasn’t felt that yet. It’s a different ballgame down there.”

On what he is working on: “There are some big things and little things. Par Terre defense is a big thing. You know the best way not to get there is to not get taken down, so that goes with my little thing (to work on) in getting off the legs. When guys get to me being able to defend, counter wrestle, and score points.”

To watch the full interview and get all of Tony Ramos’s thoughts watch the interview from USA Wrestling.

One thought on “Tony Ramos Interview from OTC”