Ramos and Metcalf Score Big Wins in Victory Over Russia 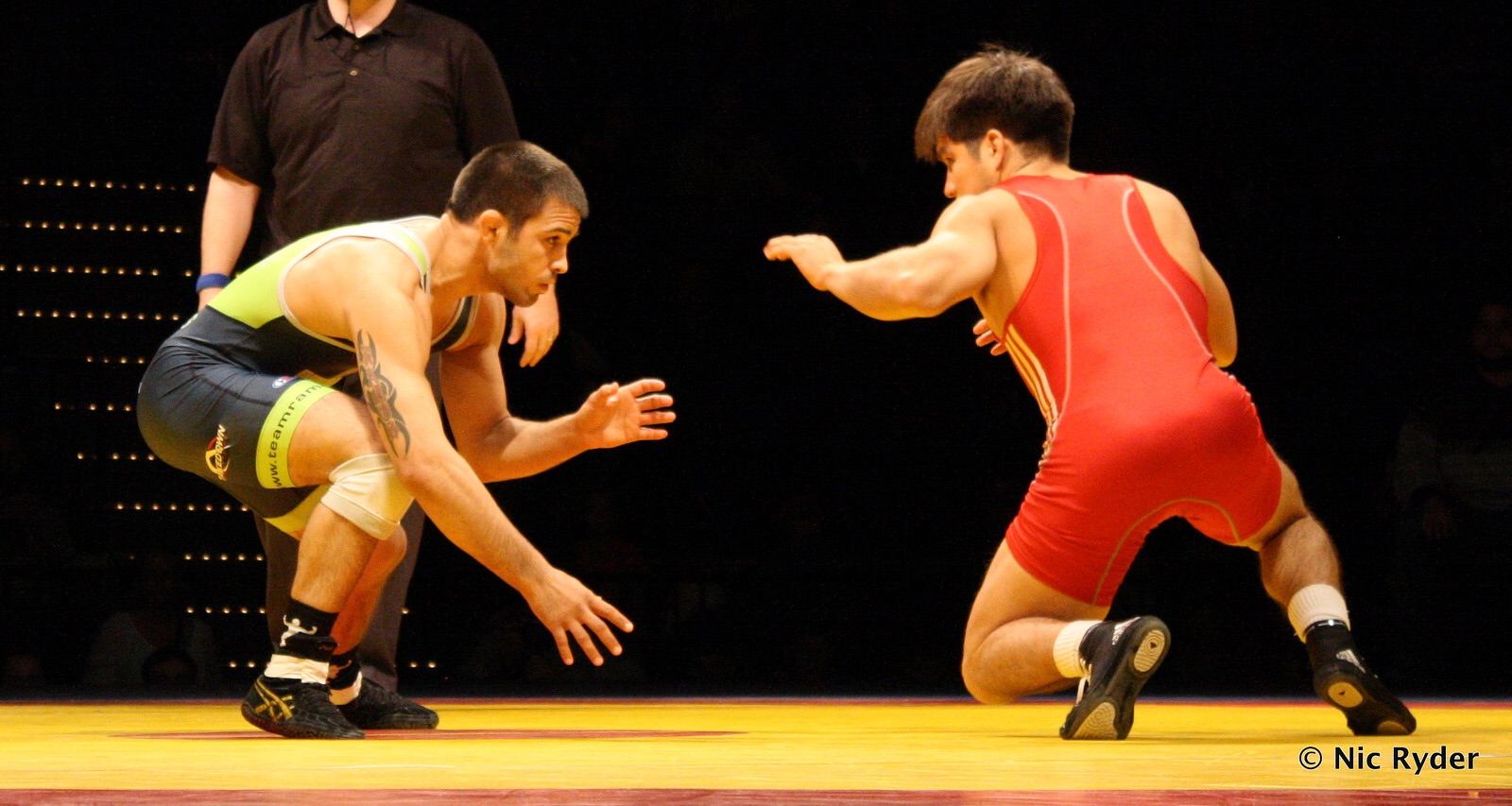 USA Wrestling delivered once again as the Americans picked up their second win at the 2015 World Cup in LA, this time over the Russians. It was a close dual where both teams split right down the middle at four wins apiece and in the end USA wound up winning on criteria.With a 2-0 start in pool action, USA will now go up against Mongolia for a chance at the gold medal. In their opening match, USA put together six consecutive wins to beat Cuba 6-2 to set up a big match against Russia.

Once again Tony Ramos (57 kg) led things off for USA taking on Omak Syuruun.Ramos gave up the initial takedown in the match to trail 2-0, but he was able to come back and score four unanswered points for the win. “First period I gave up a little slide by, but I felt the guy wearing.” Ramos said in a post match interview. “He was breathing heavy real hard after the first period, so I am excited to get a win after that first match.”

Up next for Ramos could be an interesting rematch with Mongolia’s Bekhbayar Erdenebat.Ranked #4 in the World, Erdenebat defeated Ramos in the opening round of the 2014 championships.

Russia then got their first win on the night over USA when World ranked #15 Murshid Mutalimov laid a beating on former Olympic medalist Coleman Scott (61 kg) with a 10-1 win to tie the dual at 1-1.

In the opening round against Cuba, it was then up to Brent Metcalf (65 kg) to try and get things going as USA was still seeking their first win in the third match. Metcalf would be called upon once again to stop Russia’s momentum against the World’s #16 Akhmed Chakaev. Initially it looked like a fairly low scoring match, but then Metcalf erupted in the the second period to pick up a 14-3 technical fall, which would later end up being a big win for USA. “It’s just a matter of time before you get to them, and when you do, you have to put them down.” Metcalf said. “You feel a guy let up and you take them to the house.”

“When I am up by nine with 30 seconds to go, get the tech fall. He’s going to come out throwing caution to the wind, score. Finish it. That’s the time to do it.”

Up next for Metcalf will be the World’s #6 ranked Mandakhnaran Ganzorig of Mongolia, who happens to be a two-time World medalist.

Russia and USA traded the next two matches with Nick Marable (70 kg) falling 6-4 and Jordan Burroughs (74 kg) winning by 10-0 technical fall. The win for Burrough’s was his 100th career International win and it also moved the Olympic gold medalist to 17-0 all-time in World Cup action. Then, with a 3-2 lead over Russia, the American team dropped back-to-back bouts to allow Russia to take their first lead in the dual.

After putting on an exciting performance over the World silver medalist, Ed Ruth (86 kg) was caught and pinned within the first minute in what could have been the dual’s back breaker for USA. #13 Yury Belonovskiy followed his teammate’s win with a 4-0 win over Jake Varner (97 kg) which set the stage for a big match between Arslanbek Aliev and Tervel Dlagnev at 125 kg. Trailing 4-3 in matches, a win by Dlagnev would send the dual to criteria of classification points. Dlagnev not only won by technical fall over Aliev, but he also shut the Russian out to win 10-0 and give USA the win 17-16.

USA will wrestle the Mongolia squad today, and with a win USA will move to tonight’s gold medal match, which will be televised on NBC Sports.