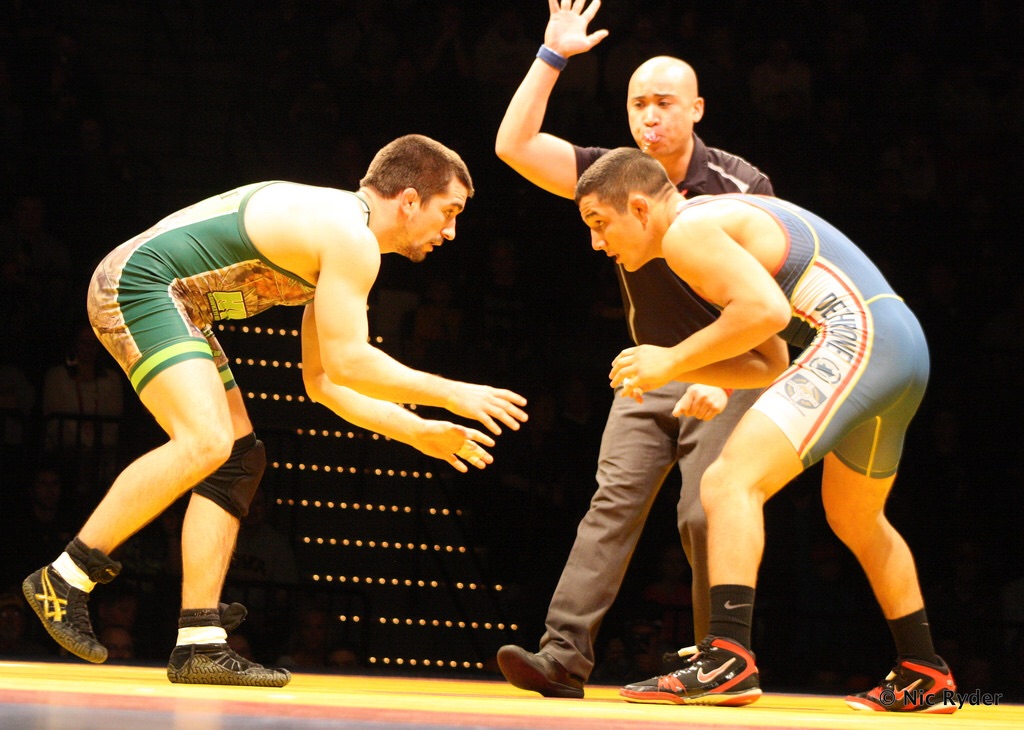 USA Wrestling got off to a good start in LA as they picked up a 6-2 win over Cuba to pick up their first pool win. Cuba opened with a 2-0 lead over USA, but the Americans stormed back to win the remaining six bouts to net their first victory. USA wrestled seven of their eight 2014 World Team members in the opening round against a solid Cuban team.

Tony Ramos (57 kg) started things off for USA against the #4 ranked 61 kg Yowlys Bonne Rodriguez, and was leading 2-0 on two pushouts. Late in the second period Rodriguez was able to catch Ramos in a nearside cradle to lock up a fall. A week ago it was Ramos who provided late match theatrics when he beat former Olympic gold medalist Henry Cejudo at AGON V.

After picking up a 6-1 win over Olympic bronze medalist Coleman Scott, Brent Metcalf (65 kg) came out and answered the Cuban team with a 7-2 victory over Franklin Maren Castillo. Metcalf had a one point lead in the third, but was able to stretch it by picking up two more takedowns to get to his final 7-2 score.

“I got (my offense) going early, just got be better securing it and finishing,” Metcalf said in his post match interview. “Here’s the thing, they scout me and know what I’m doing, but it doesn’t matter. Just keep coming, you’ll get to them, and put them down.”

86 kg 2014 World Team member Ed Ruth provided a lot of drama as he trailed big to World Silver medalist Reineris Salas. After trailing 13-6, Ruth his a big double and stormed back and retook the lead 14-13. Ruth continued to attack relentlessly and wound up winning 22-13.

Olympic champion Jordan Burroughs (74 kg) will look for his 100th International win later tonight vs Russia, and is currently 16-0 in World Cup action.

Up next for USA will be the Russian team at 8:30. A stream can be found on UWW’s website.