Union defeats Assumption in battle for 2A title 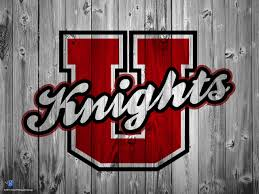 The Union Knights had cause for celebration last night when they defeated four-time defending state champions Davenport Assumption 33-31 in the finals of the 2A state dual championships. Union opened the tournament with a 65-10 victory over #8 Clear Lake, losing the first two matches to #2 Ryan Schmalen at 120 and #1 Ryan Leisure at 126, before winning the next 12 matches to advance to the semifinals. There Union defeated #5 Creston/Orient-Macksburg by a score of 46-23, with 15 of Creston’s points coming from their ranked trio.

The finals provided a good show as Assumption got out to a fast 9-0 lead with a fall from #6 Stuart Schafer and a decision from Patrick Schwartzhoff at 132 and 138. Union responded with a fall from three time state champion Max Thomsen at 145, which was the start of a five match winning streak for the Knights including another fall from #1 ranked Jacob Holschlag at 170. Chase Hager (195), #2 Noah Broderson (220), and #4 Gabriel Rangel (285) responded for three straight wins for Assumption to cut the score 24-22 in favor of Union with four matches to go. Union’s #5 John Hellman (106) picked up a fall, and #4 Derek Holschlag won by decision to make the score 33-22 with two matches to go. #5 Jacob Fenske (120) did his job for Assumption, as they needed two falls to to win the dual and with the score 33-28 it was up to #6 Kirk Mommsen (126) to seal the deal. Mommsen won 2-0 which meant Union would be the first team to win the state dual title not nammed Assumption since 2010.

Taking third was #3 Mediapolis, who opened with a 64-12 victory over #6 Central Lyon. Central Lyon picked up a pair of falls from #1 Gable Sieperda (106) and #2 Travis Vander Streek (220), but it was all Mediapolis outside of that. The semifinal against Assumption got off on the wrong foot when #6 Kirk Mommsen upset #3 Shea Swafford at 126 to put things in Assumption’s favor early. Assumption’s upperweights were able to string together three falls and a technical fall to put the nail in the coffin, which put Mediapolis in a battle with Creston for 3rd. Mediapolis came back with a vengeance as they won four of the first five matches of the night by fall. Mediapolis was able to out bonus Creston and captured the third place honor with relative ease.

The Mustangs of #4 Independence took 5th after dropping their opening round dual 37-18 against #5 Creston. A fall from #1 Chase Straw (152) and decision from #8 Nick Holt (170) gave Independence a 18-15 lead with six matches to go, but from that point it was all Creston as they swept the remaining matches to move on. The Mustangs responded with a 50-20 victory over #8 Clear Lake to advance to the 5th place match. Independence finished their strong comeback with a 48-15 defeat of #7 New Hampton, by winning 11 of the 14 matches, with #3 Noah Fye (106) and #3 Conner Cleveland (113) doing the most damage to Independence picking up a pair of falls for New Hampton.

Wrapping up Clear Lake came back to win the 7th place match by 37-36 over #6 Central Lyon. After only scoring 30 points total in their first two duals, Clear Lake bumped their #1 at 126 Leisure to 132 and he recorded a fall, but Central Lyon responded with #2 Colby McIntire (138) getting a fall. Clear Lake then picked up a fall from Spencer Orr, and bumped #7 Ryan Faught to get a major at 152 to take a 16-6 lead after four matches. Central Lyon stormed back to win four of five matches and take the lead 24-19 with five matches to go. The final five matches would all end in fall, starting with Clear Lake’s Kyle Willms (285) to give Clear Lake the one point lead. #1 Gable Sieperda (106) answered with a fall of his own to give the lead back to Central Lyon. A pair of #2 ranked wrestlers Brennen Doebel and Ryan Schmalen picked up two falls at 113 and 120 to clinch the win with 37 points.