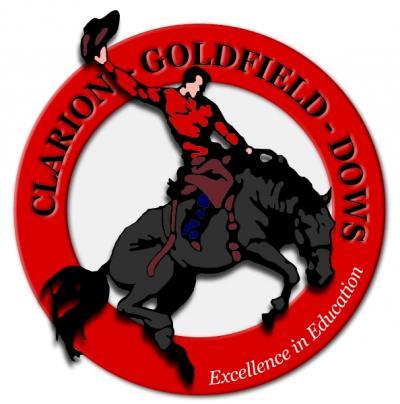 #1 Clarion-Goldfield lived up to their ranking today as they claimed the 1 state title over #3 Southeast Warren 33-26. Clarion opened the tournament with 48-29 over Wordbury Central. The Cowboys of Clarion-Goldfield followed up that performance with 34-23 win over #4 seed Don Bosco. Brady Brott at 145 and Brandon Flurer at 285 both picked up pins for Clarion to lead the way past Don Bosco. This set up a meeting with the Warhawks of Southeast Warren in the finals.

Things got started in the finals with a fall from #9 Tanner Abbas at 132. Both sides traded wins through the first four matches, but the pin from Abbas had Clarion out front 9-7. #3 Jacob Hoch and TJ Dierking added a pair of bonus point wins to give Southeast Warren their first lead in the finals 16-9. #7 Ryan Anderson added a fall at 182 for Clarion to make the deficit 16-15. With four matches to go, #4 Blake Bauer’s win put the Southeast Warren lead at 26-19, but #1 at 106 Justin Portillo bumped up to 113 to get the win and cut the lead to 26-22 with two matches to go. Southeast Warren then forfeited 120, and then watched as #1 Joshua Portillo put the finishing touches on the Clarion win with a technical fall.

Taking third was #2 Alburnett who won 53-27 over #4 Don Bosco in the consolation finals. Alburnett started the tournament off with a close 38-30 win over #7 Dike-New Hartford. In the semifinals Alburnett lost a tough match to Southeast Warren 37-36 to just miss out on the finals. Alburnett started off winning four of the first five matches to take a 21-3 lead. Southeast Warren then charged back and took a 33-31 lead with two matches to go. #3 Brady Kyner won by major over #5 Ben Moyer, which meant #9 Tucker Franklin needed to pin to send the dual to criteria. Franklin fell a point short winning by technical fall, but the Pirates cleaned up in the third place match winning 9 of 14 matches, including the first 6.

#6 Logan-Magnolia took 5th at the tournament, after they lost their opening defeat to Southeast Warren 38-26, Logan-Magnolia responded with back-to-back 20 point wins to take 5th. They took out #7 Dike-New Heartford 50-25 winning nine of the fourteen matches. They followed that win with a 47-25 upset over #5 Lisbon.

After dropping two straight duals, #7 Dike-New Heartford responded with a 42-36 win over Woodbury Central in the 7th place match. With a nine point 33-24 lead with four matches to go, Woodbury lost three of the last four bouts, including two by forfeit and the final by fall to lose their match to the eventual 7th place finisher.

Also making news was Lisbon junior Carter Happel (138) who picked up his 150th win of the season. Coming in to state duals, Happel had 147 wins and they way he got to his milestone was in impressive fashion. Happel got his first win by fall in the second period, which at the time put Lisbon up 14-6 over the #4 seed Don Bosco. Happel then bumped to 145 to earn another fall and push Lisbon into the 5th place match. Happel got win #150 against River Meeker of Logan Magnolia. Happel will look to win his third state title this weekend.