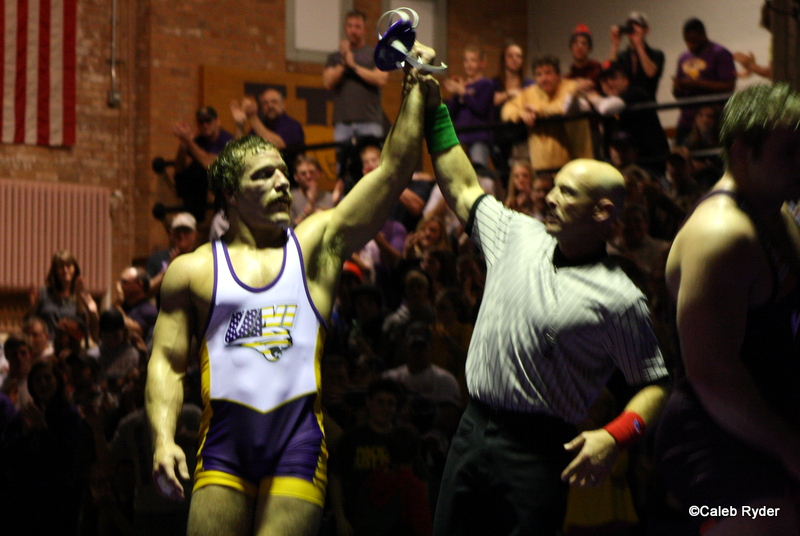 After knocking off two-time NCAA qualifier and the MAC’s number one ranked heavyweight wrestler in Devin Mellon last week, UNI’s Blaize Cabell was named the MAC Wrestle of the Week by the conference. That was the second time Cabell had beat Mellon.

Cabell has not lost a match since December 6th of last year. Since that time has racked up wins against some of the nation’s best 285-pounders, including (at the time) #7 Ty Walz from Virginia Tech. The junior from Independence, Iowa, has found his offense this season, scoring a combined 18 takedowns in two matches against opponents from Northern Illinois and Buffalo.

His overall record this season is now 20-4, and he sits at #10 in Intermat’s latest poll. Three of his four losses have come to wrestlers ranked in the top 11, and he remains undefeated against opponents from the MAC.

Cabell is now the top-ranked wrestler in the MAC at 285 after his dual win against Mellon last Saturday. Cabell and the Panthers are next in action at Ohio University tomorrow night, check out our preview for it here!

2 thoughts on “Blaize Cabell Named MAC Wrestler of the Week”