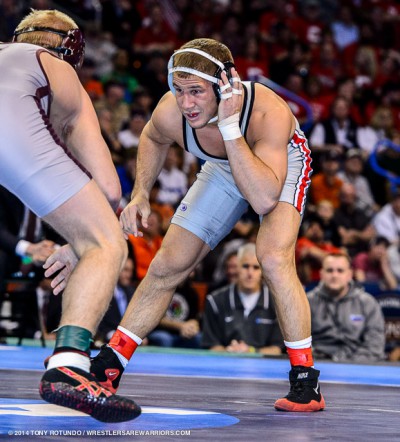 And there it is. The final All-Star dual matchup has been announced and to no one’s surprise, Logan Stieber will look to make his second appearance (this time he will be at 141), and he will be facing none other than #2 ranked Mitchell Port. Steiber comes into this season with much fanfare, as he looks to join the likes of wrestling’s all time elite when he tries to capture his fourth NCAA title for the Ohio State Buckeyes. An accomplishment that has only been completed by Pat Smith, Cael Sanderson, and Kyle Dake.

All three Iowa schools will get a chance to face Logan Stieber, as Ohio State will be traveling to Las Vegas and there he could face ISU’s John Meeks, or possibly UNI’s Adam Perrin. Iowa travels to Columbus on January 4th to face Ohio State in Big Ten dual competition and most likely Iowa will send out Josh Dziewa.

Edinboro will be at the Midland tournament at the end of December, so there remains a chance that Port could run into Dziewa there. As for ISU and UNI, they may have to wait until the NCAAs before they ever have to worry about matching up with Port.

One thought on “Logan Stieber to face Mitchell Port in #NWCAClassic”