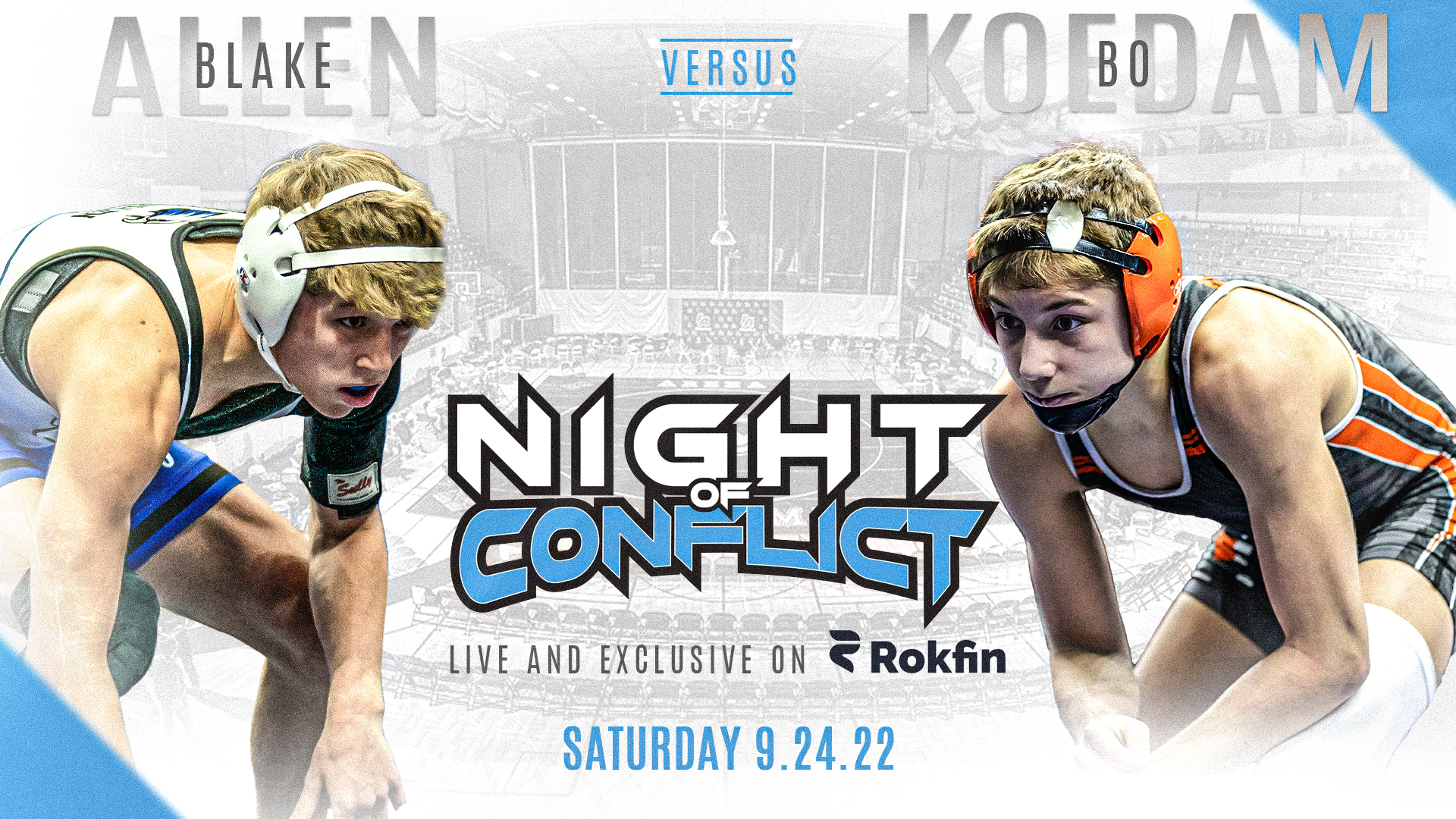 In a battle of Western Iowa products, junior Blake Allen of Underwood will face off against Sergeant Bluff-Luton’s Bo Koedam. Both wrestlers qualified for the state tournament last season and finished fourth in their respective classes. Allen is ranked #3 in our Way Too Early Rankings (2A) and #29 overall in the class of 2024. Koedam is also ranked #3 (1A) and is the #11 overall wrestler in the Class of 2025.

We will have a heavyweight battle when Dubuque Hempstead’s Joseph Lewis bumps up a weight from a year ago to take on Lisbon’s Wyatt Smith. Lewis finished seventh at 220 pounds this past season in Class 3A, while Smith was sixth in Class 1A. Smith has also earned All-American finishes at USA Wrestling’s Preseason and Postseason Folkstyle Nationals, and has won a Greco and freestyle state title.

Norwalk’s Tyler Harper will take on an opponent from north of the boarder for his battle. The two-time Fargo All-American will face Trey Beissel of Hastings, Minnesota. Harper was a 16U All-American in 2021 and this past season he added a Junior AA to his resume, despite the fact that he is still 16U eligible. Beissel is rated as MNwrestle’s #7 incoming freshman and was a Minnesota state qualifier as an eighth grader.

Our next battle will pit West Hancock’s two-time state medalist Kellen Smith against Ogden’s three-time state qualifier Kale Munson. Hancock is coming off a state runner-up season and finished sixth as a freshman. He is also ranked as the #11 wrestler in the class of 2024. Munson has made three trips to Wells Fargo and came away fifth place finish this past season.

In another matchup with Western Iowa flair has one of the top sophomores taking on an impressive wrestler from the junior class. Logan-Magnolia’s Corbin Reisz will take on Ty Solverson in a lightweight battle. Reisz is the #13 wrestler in the class of 2025 and finished third last season. Solverson is a two-time state qualifier that made it on the podium for the first time when he finished fifth. He is currently in IAwrestle’s Honorable Mention for wrestlers in the class of 2024.

One thought on “FIVE More Matchups Locked at Night of Conflict”