Night of Conflict Rematch Between State Champs Huckfelt and Sistad 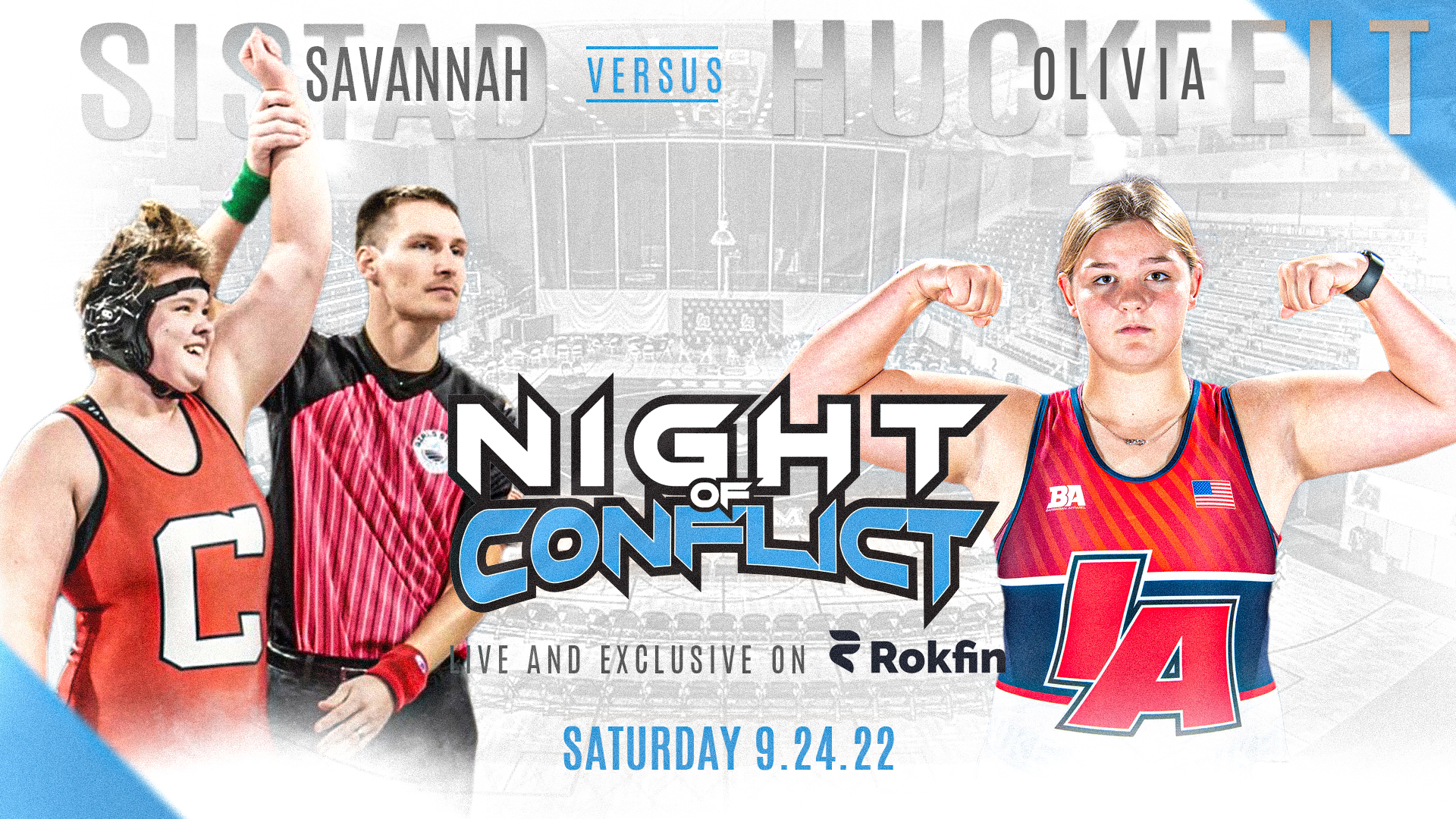 Savanah Sistad is a junior at Creston High School. She is coached by Cody Downing, Chris Loudon, and Kruz Adamson. Savanah had a breakthrough year becoming an IWCOA Girls State Champion. She also is a member of the Grand View Wrestling Club under Coach Arelys Valles. Savanah competes on both AAU and USA Iowa National Teams. She competed at Fargo and was an AAU All American at the National Scholastic Duals. Savanah has been wrestling for most of her life and has become a very tough wrestler on her feet. This will be Savanah’s second appearance at Night of Conflict. She is not decided on wrestling past high school, but it is on her radar.

Olivia Huckfelt is a junior at Spencer High School and is coached by Dave and Brock Storm. Last Season she was an IWCOA Girls State Champion. She attends both Spencer Wrestling Club and BVWC coached by Sean White. Oliva has been on USA Wrestling Dual Teams for Midwest Mat of Dreams. She also has placed multiple times at the AAU Girls State Championships. Olivia is a very athletic wrestler and excels on her feet but has great mat skills.  She plans on being a Hawkeye and not sure yet if she will compete in wrestling or softball.

Huckfelt comes into Night of Conflict the No. 1 wrestler at 235lbs with Sistad right behind her at No. 2. This is a rematch from last year where Huckfelt won by pin. Lot can change in a year and we are excited for a top ranked matchup to kick off the season.