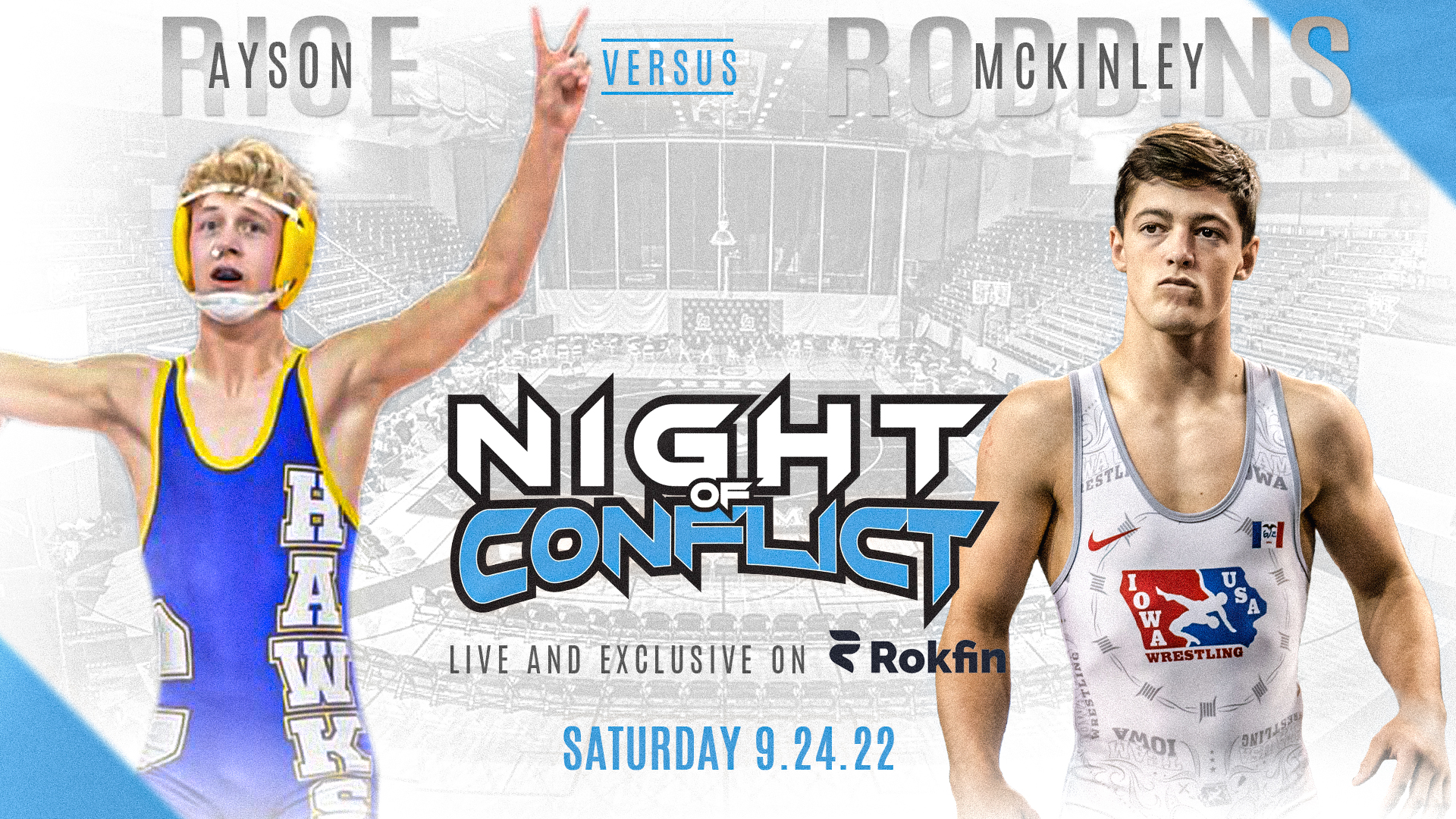 In the next Night of Conflict matchup we have one of the state’s top seniors taking on a state champion from South Dakota. Greene County’s McKinley Robbins will make his third appearance at the event and is looking to remain undefeated against out-of-state competition.

Robbins has had an impressive career to this point, reaching the state finals in all three seasons. His state championship sophomore season is sandwiched between two runner-up performances. His accolades has earned him the #12 spot in the Class of 2023 rankings, which is good for #19 overall in the FAB50. In our Way Too Early Rankings released a few weeks ago he appeared as the #1 ranked wrestler at his weight in Class 2A.

Robbin’s opponent will be Canton, South Dakota’s Ayson Rice. He is a two-time state champion and this past summer he won a Junior Greco-Roman title at Northern Plains Regionals. The previous summer he won the 16U Greco title at Northern Plains. He has also won Michigan Preseason tournament the Grappler Fall Classic, and finished third at USA Wrestling’s Preseason Nationals.