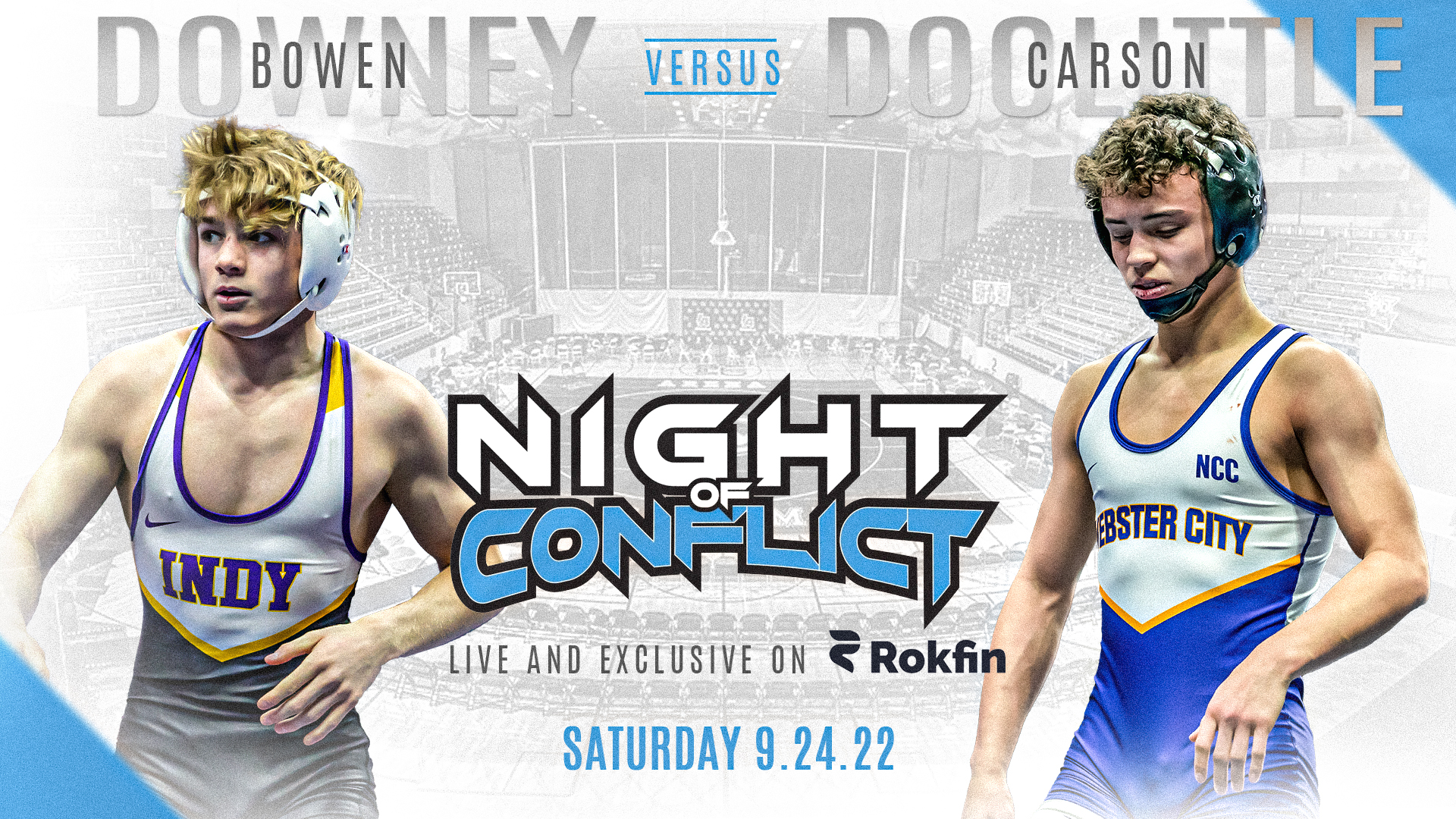 It’s another battle of FAB50 wrestlers as Indianola senior Bowen Downey will face off against Webster City’s Carson Doolittle. Both of these wrestlers are expected to be near the top of their respective weight class rankings come this winter – with each earning a top three ranking in our Way Too Early Rankings.

Where these two differ is Downey is headed into his senior season, and his #33 spot is good for the #23 wrestler in his class. Doolittle is in the class below, and is currently ranked #12 in IAwrestle’s top juniors. In our Way Too Early Rankings, Downey was #3 in Class 3A and Doolittle was ranked #2 in Class 2A.