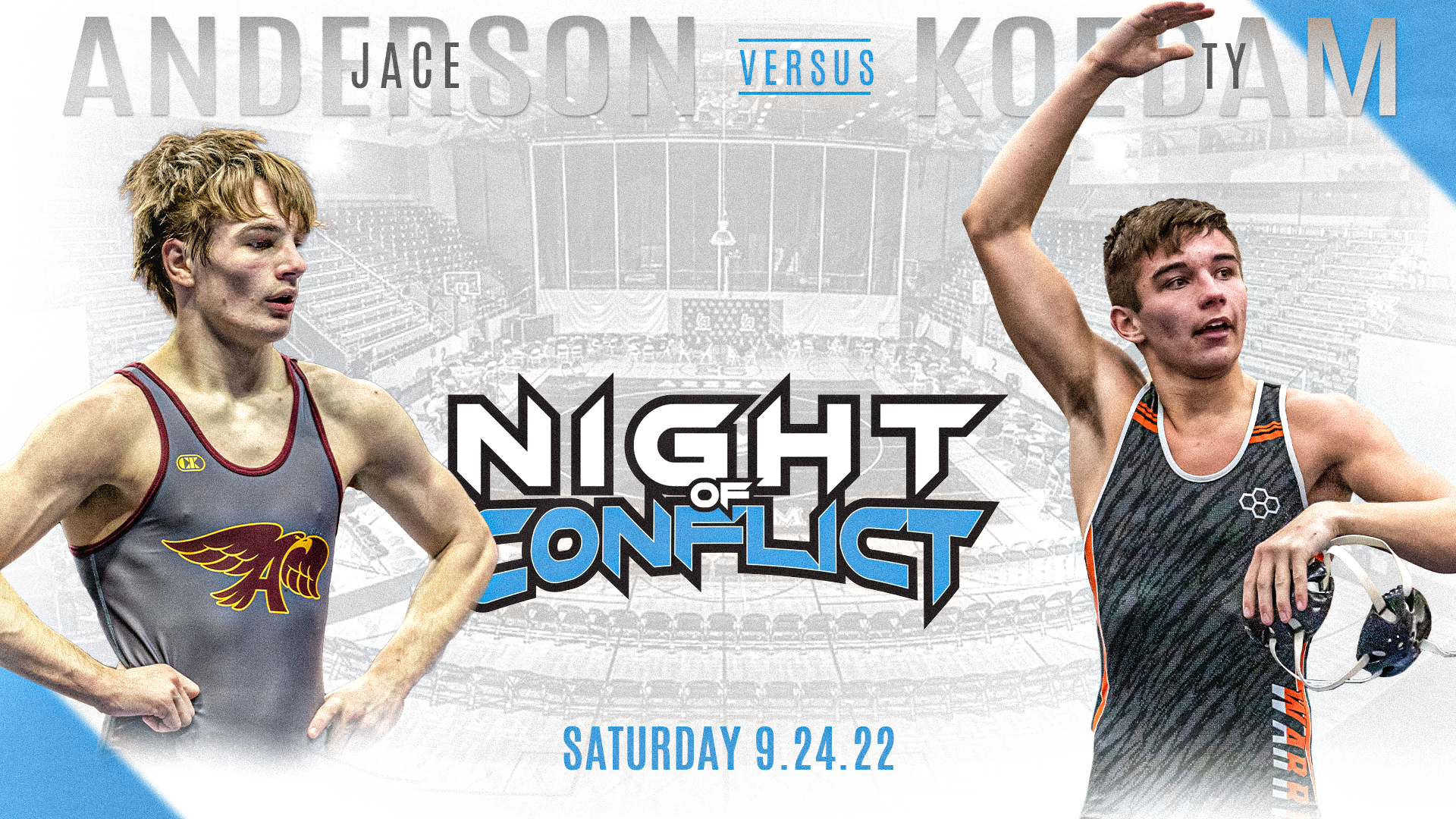 The next Night of Conflict matchup will feature one of the stars from last year’s event taking on another big name opponent. Sergeant Bluff-Luton’s Ty Koedam will take on Ankeny’s Jace Anderson in what is sure to be an entertaining match.

Both wrestlers boast a resume that includes qualifying for the state tournament three times, and earning two podium finishes thus far. They appear back-to-back in our Top 50 seniors list, with Anderson edging Koedam for the #35 slot. Last year, Koedam won a thrilling 5-4 battle against Cam Clark which sent a strong local contingent buzzing at the event.

Anderson qualified for the state tournament as a freshman and earned a seventh and fourth place medal the past two seasons. Koedam took eighth as a freshman, missed the podium by one match as a sophomore, and was third this past season. Jace is currently ranked #2, while Koedam is the top dog in our Way Toooo Early Rankings.

With Koedam’s “home mat” advantage and Anderson competing for Sebolt – who always brings a crowd this should be a match that has the whole crowd engaged and on the edge of their seat.