Class of 2025 Clash + Schaetzle Returns to Night of Conflict 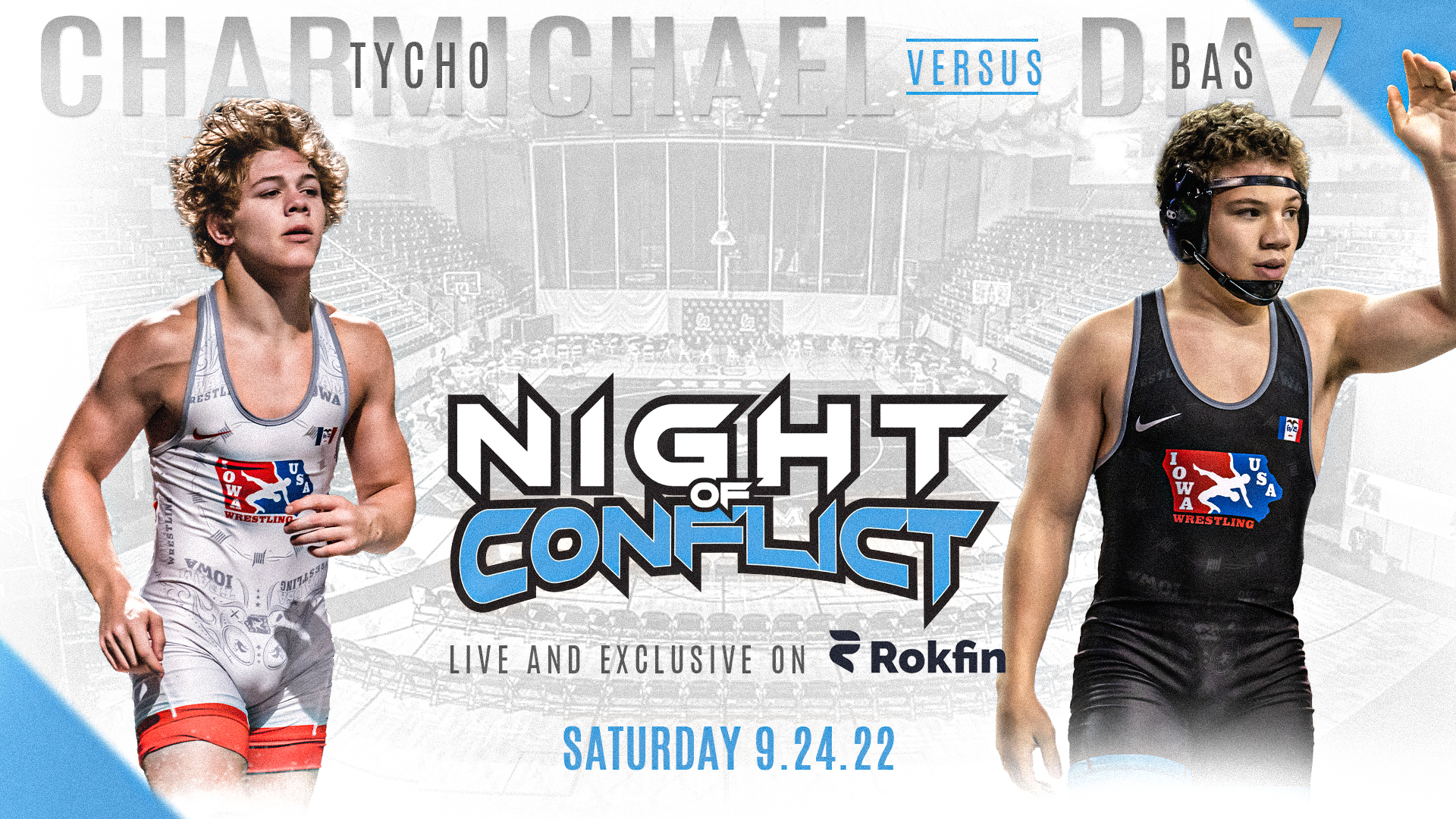 Waverly-Shell Rock will send a pair of brothers to Sioux City as Bas and Danny Diaz will make Night of Conflict debuts against two solid opponents.

The first match we will go over is the battle between two of the state’s top sophomores with Bettendorf’s Tycho Carmichael facing Waverly-Shell Rock’s Bas Diaz. Back in August in our latest update to the Fab50, IAwrestle listed Carmichael as the #4 wrestler in the class of 2025, with Diaz one spot behind him at #5.

In 2022, Carmichael had an impressive freshman season competing at 132 pounds compiling a 33-6 record. Of those six losses, four came to in-state competition losing twice to eventual state champion Evan Frost (Dowling Catholic) and twice to eventual third place medalist Kane Naaktgeboren (Linn-Mar) – two of the more credentialed wrestlers in Class 3A 132. This summer Carmichael added to his profile winning a state title in freestyle and Greco-Roman, and ended the year with a fifth place finish out at Fargo in freestyle.

Diaz came into Iowa with a fair amount of buzz having won a pair of high school state titles in Florida as a seventh and eighth grader – and after having won the 2021 UWW U15 Nationals. This season Diaz finished third at 145 pounds in Class 3A with his lone loss at the state tournament coming to eventual champion Ryder Downey (Indianola).This should be an exciting battle between two of Iowa’s big names in the Class of 2025.

The other matchup will pit Waverly-Shell Rock’s Danny Diaz against Dubuque Hempstead’s Josiah Schaetzle who is making his second appearance in our IAwrestle event. This should be an interesting matchup that will have two seasoned wrestlers facing off. In fact these two appeared as the #3 and and #4 wrestlers in our Way Too Early Class 3A Rankings post two weeks ago.