Iowa and Nebraska State Champs Square Off in Sioux City 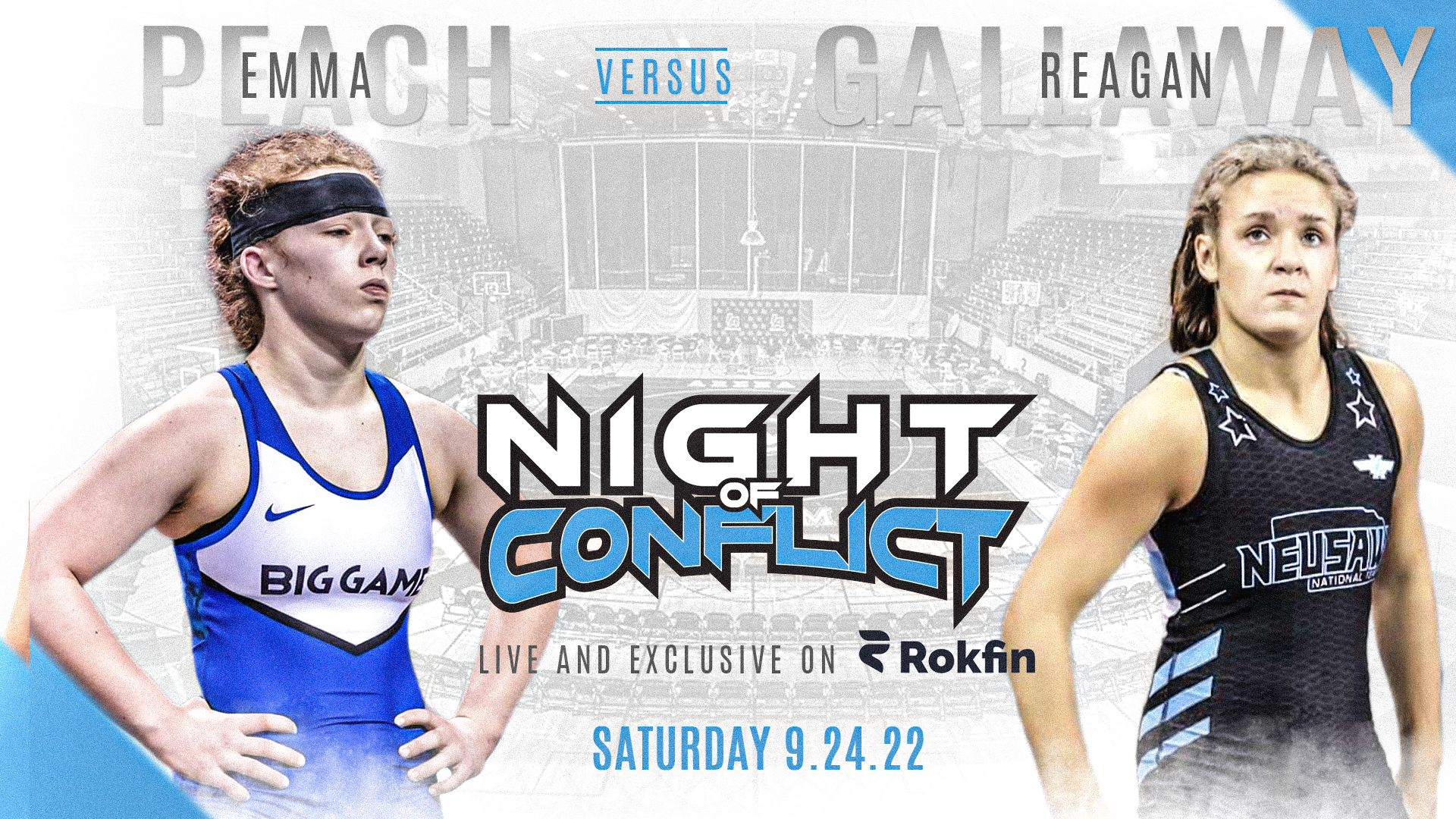 Emma Peach is a sophomore at Iowa Valley High School and currently ranked No. 5 in our FAB50 in the state.  In her freshman season Emma was an IWCOA Girls State Champion and comes into season ranked No. 1 at 140lbs. She is a member of the Big Game Wrestling Club coached by Dylan Carew, Ty Carew, and Ali Regan. Emma is very active in AAU and USA Wrestling. She was an AAU State Champion and a member of the Iowa AAU National Team, wrestling in both the Twin River Duals and National Scholastic Duals. She was an AAU All-American in both tournaments. She also competed with Iowa USA Wrestling in Fargo and Placed 4th becoming a USA All-American. Emma is a gifted wrestler in all positions but has a killer instinct on top. Emma plans on wrestling in college but has not made any decisions on where she will attend.

Reagan Gallaway is a Senior at Amherst High School in Nebraska where she is coached by Chase Klingehoefer. She finished the high school season as a NSAA State Champion. Reagan is a member of two different clubs, BWWC and Golden Eagle Wrestling Club. Her club coaches are Cara Romeike, Dalton Jensen, and Andrew Sorenson. Reagan has been on multiple Nebraska AAU National teams competing the Twin River Duals and National Scholastic Duals, earning AAU All American Status in both. She also is a NEUSA Freestyle State Champion. Reagan brings a very physical style of wrestling to the mat every time she competes. Those that watch Reagan will notice that she is a leader and always gives back to all the girls around her. She has taken some college visits, but nothing has been decided, other than she will be wrestling in college.