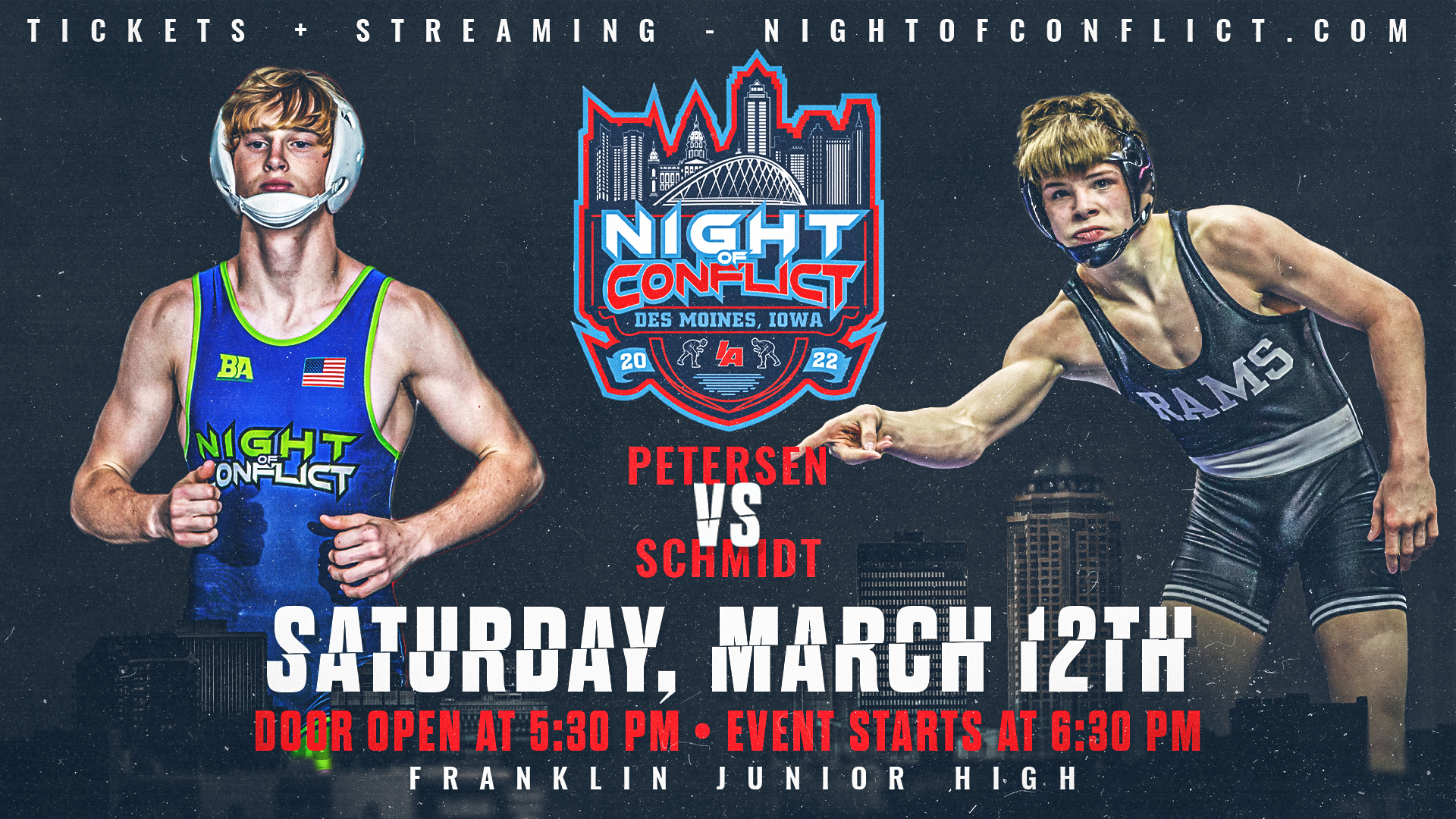 It’s always a good time when we can put two Night of Conflict alums together in a matchup. On the Iowa side of this matchup is two-time state champion Kale Petersen and on the other is Montana standout Carter Schmidt.

The last time most Iowans saw Schmidt was at our 2020 fall event when he faced off with another Greene County wrestler – McKinley Robbins. Schmidt looked to be in control of that match until Robbins stormed back to win by fall. This time around we will likely see a different type of battle with Petersen eyeing a statement win, and Schmidt attempting to wash a bad taste out of his mouth from his last go ’round.

Schmit is a two-time Montana state finalist winning the 2022 state title. He was a contender to win in 2021, but an injury cut his tournament short that led to him forfeiting out after his semifinal match. He also earned All-American honors back-to-back years at USA Wrestling’s Preseason Nationals.

After winning his second state title last month, Petersen said he was ready to go out and prove he is not just one of the best wrestlers in Iowa, but in the country as well. We got a glimpse of that last fall when he defeated Alan Koehler at our Night of Conflict event. As Petersen looks to build his resume, this will be a good test for the Greene County standout.