Gioimo Returns to Night of Conflict to Take on Munson 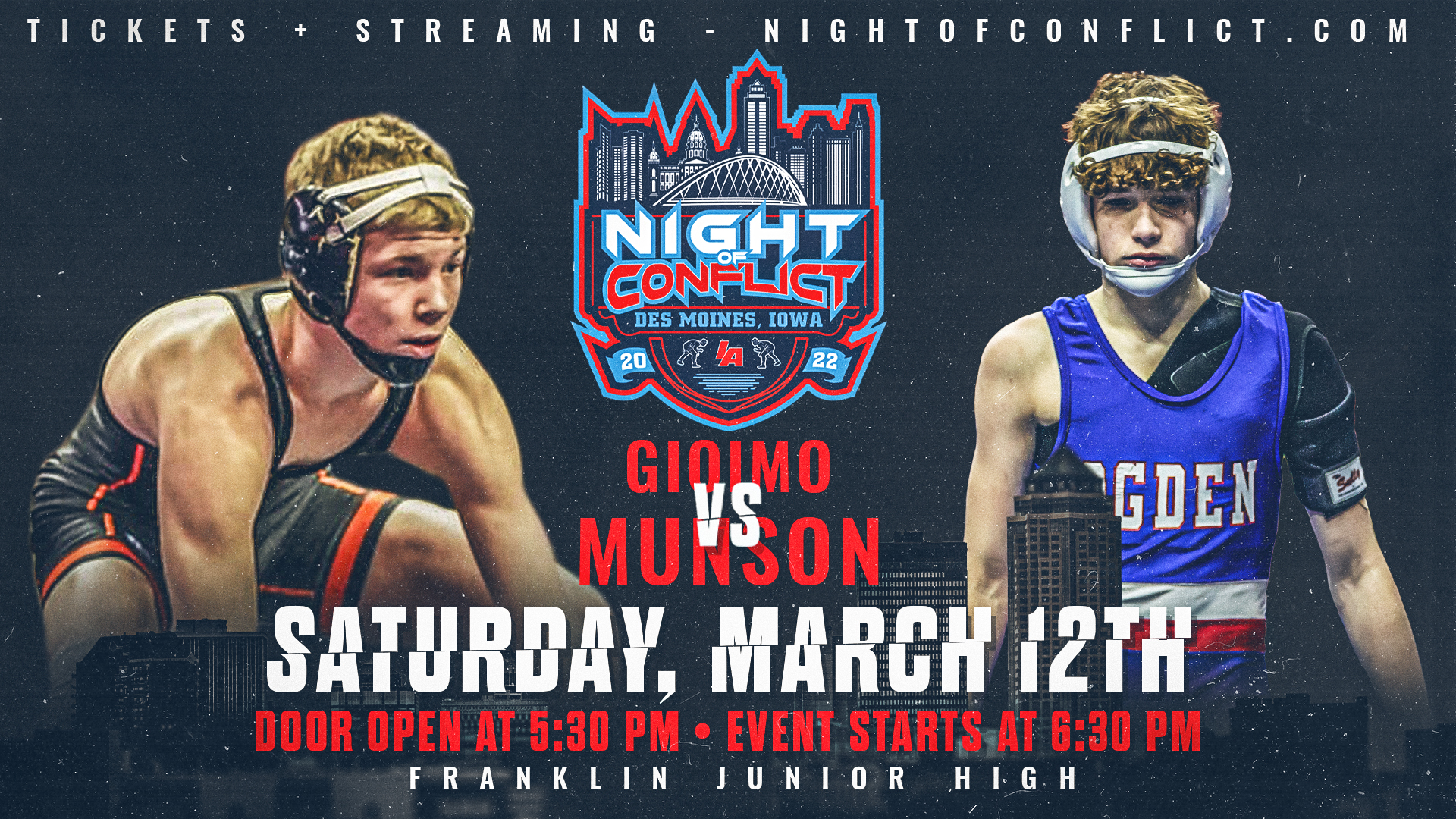 Our last high school matchup will pit a returning Night of Conflict wrestler against one of the state’s top sophomores, with Blake Gioimo taking on Kolton Munson.

Munson has really turned the corner on the high school scene taking seventh place as a freshman and then rocketing up to a runner-up finish this past season at 113 pounds (his finals match was against Missouri Valley’s Eli Becerra, who is also on this card).

Like Munson, Gioimo has really come on the past two seasons. As a freshman he qualified for the state tournament, but came home empty handed. He has since gone on to reach the finals in back-to-back seasons, was the 2021 freestyle state runner-up, and was the third place All-American at USA Wrestling’s Preseason Nationals this past fall.