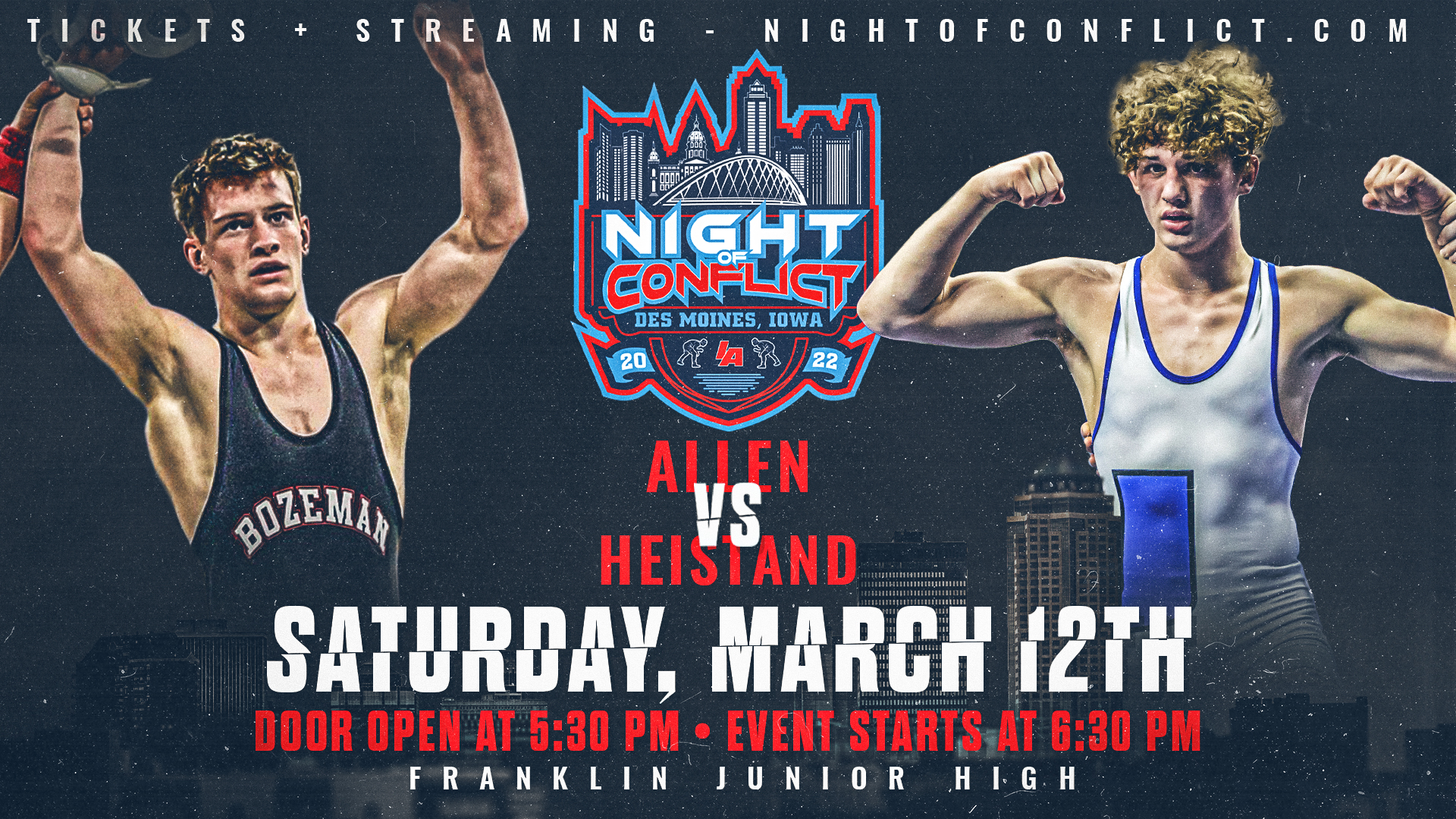 We got a real good one in story in the middleweights with Underwood state champion Hagen Heistand looking to take on a competitor from outside of the state’s border in Avery Allen of Montana. After three attempts of coming up just short of winning a state crown, Heistand brought home the 145-pound state title in Class 1A.

Heistand closes out his career on top after placing third three straight seasons. Next fall he is headed east to North Carolina to join the Campbell wrestling team.

Allen comes into the matchup after winning his third consecutive state title in the state of Montana, and is looking to make big gains in the summer leading up to his final season. Last spring he took third at USA Wrestling’s National Recruiting Showcase and just missed on the podium at Folkstyle Nationals, including a solid win over Don Bosco standout Cael Rahnavardi.