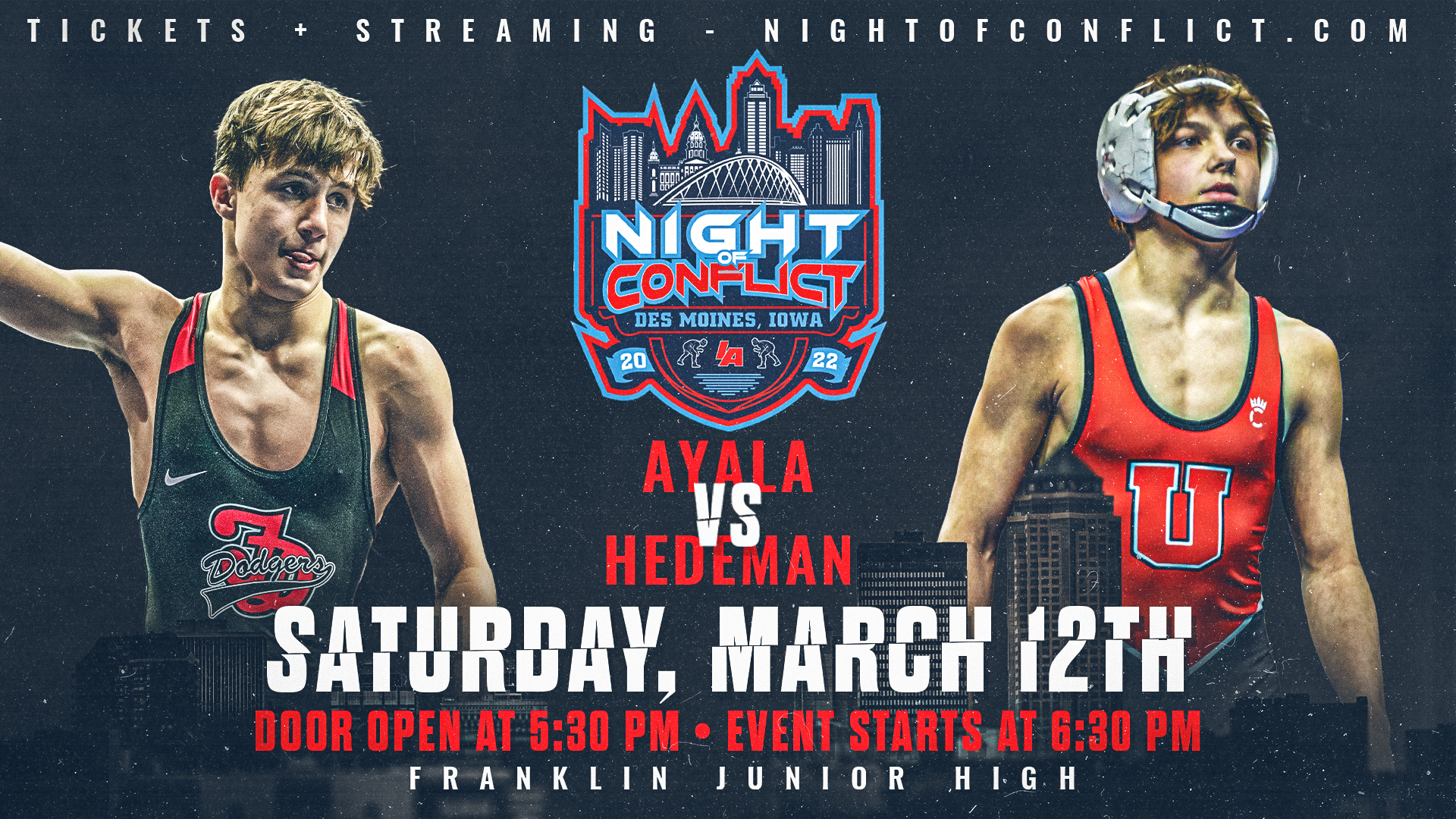 Two of Iowa’s younger stars will square off in this battle between Fort Dodge’s Dru Ayala and Union’s Jace Hedeman.

Coming into his freshman year of high school, Hedeman was very much on the radar of many within the Iowa wrestling community. In his first year he easily lived up to the hype by going undefeated on the way to the 2A 106-pound state title. After such a strong rookie performance he will be looking to establish himself among the Iowa elite.

And it will be a tough task for Hedeman taking on Ayala, who really took a leap forward in 2022. He lost his first match of the year but came back to earn the top overall ranking heading into the state tournament where he finished as the Class 3A 106 runner-up. He also boasts earning All-American honors at UWW Cadets and Fargo this past summer.

Last fall Ayala got a statement win at our Night of Conflict event, downing nationally ranked Brandon Morvari of Minnesota.