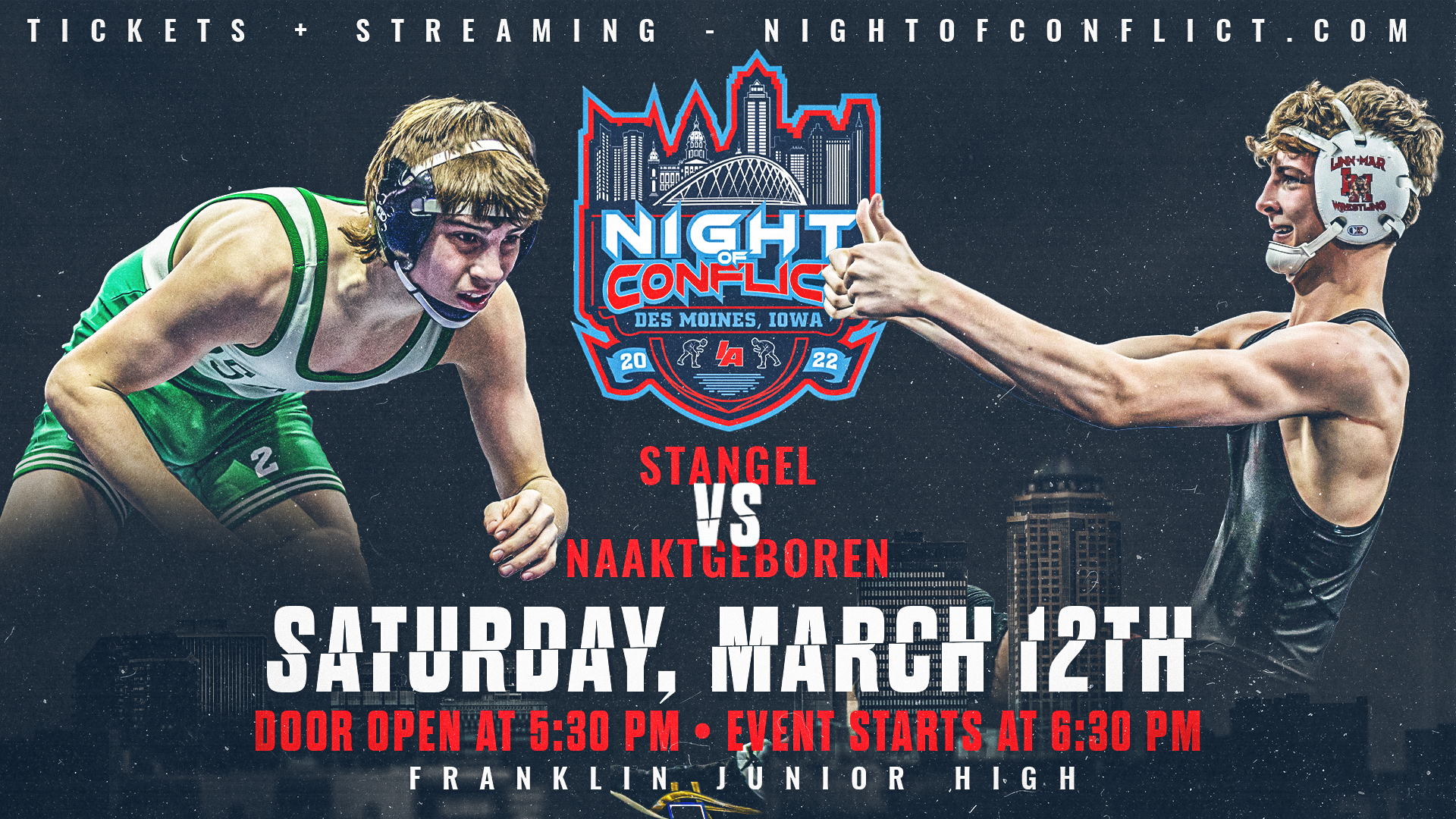 Two talented sophomores will face off in our next matchup. Both wrestlers are two-time state medalists coming off their highest finish yet at the state tournament with Tucker Stangel placing third in Class 2A, and Kane Naaktgeboren taking third in 3A.

After wrestling a very limited regular season schedule as a freshman, Naaktgeboren had a breakout performance at the state tournament finishing fifth, and from there he went on to take second at Folkstyle Nationals, won Iowa freestyle state, and add an All-American finish at Preseason Nationals. This past season he finished third behind two rock solid veterans.

He also joins brother Tate on the card.

In 2021, Stangel put together a strong freshman season that merited him the status as a freshman to watch heading into his first postseason. He did not disappoint coming away with a fourth place finish, and he backed that up in 2022 with another third place showing.

Moving forward, both Naaktgeboren and Stangel are expected to be two of the bigger names to watch in the Class of 2024.