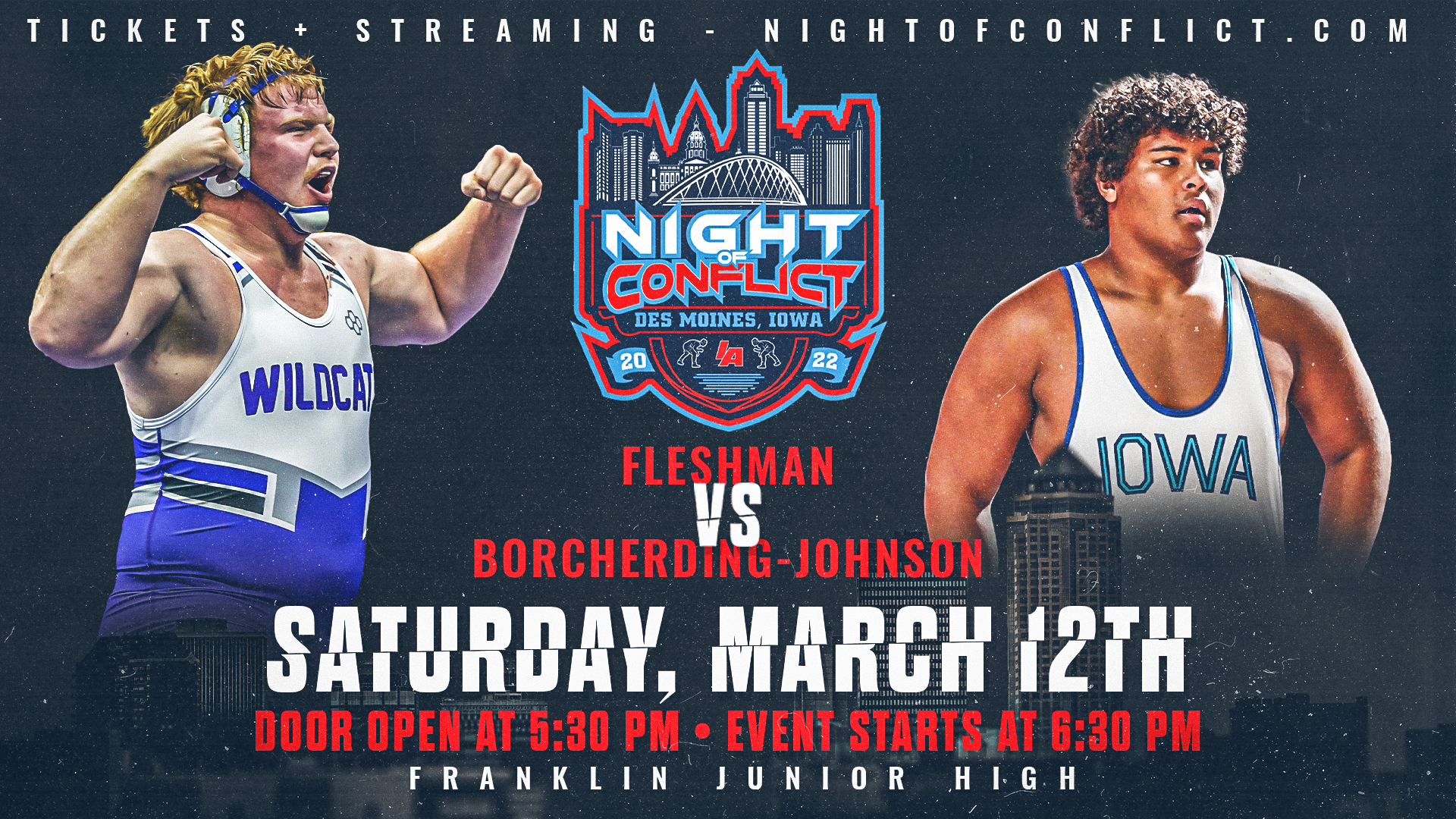 A battle of future Hawkeyes taking place at heavyweight. Easton Fleshman is a 2022 wrestling recruit for Iowa, and Maddux Borcherding-Johnson is a 2023 prospect for the football team. Both are among the state’s best heavyweights this season.

Fleshman had his season end in one of the more self-satisfying ways. After taking a regular season loss to Solon’s Gage Marty, Fleshman knew he was likely going to need to go through Marty once again to win his title. It took overtime, but Fleshman managed a 2-1 UTB win to bring home the 2A title.

Borcherding-Johnson didn’t quite have the end to his season as he would have liked, bringing home a third place medal in Class 3A. Borcherding-Johnson was easily one of the top 3A heavyweights this past year, and he also earned All-American honors by taking fourth out at Fargo last summer so he can go with the best of them.