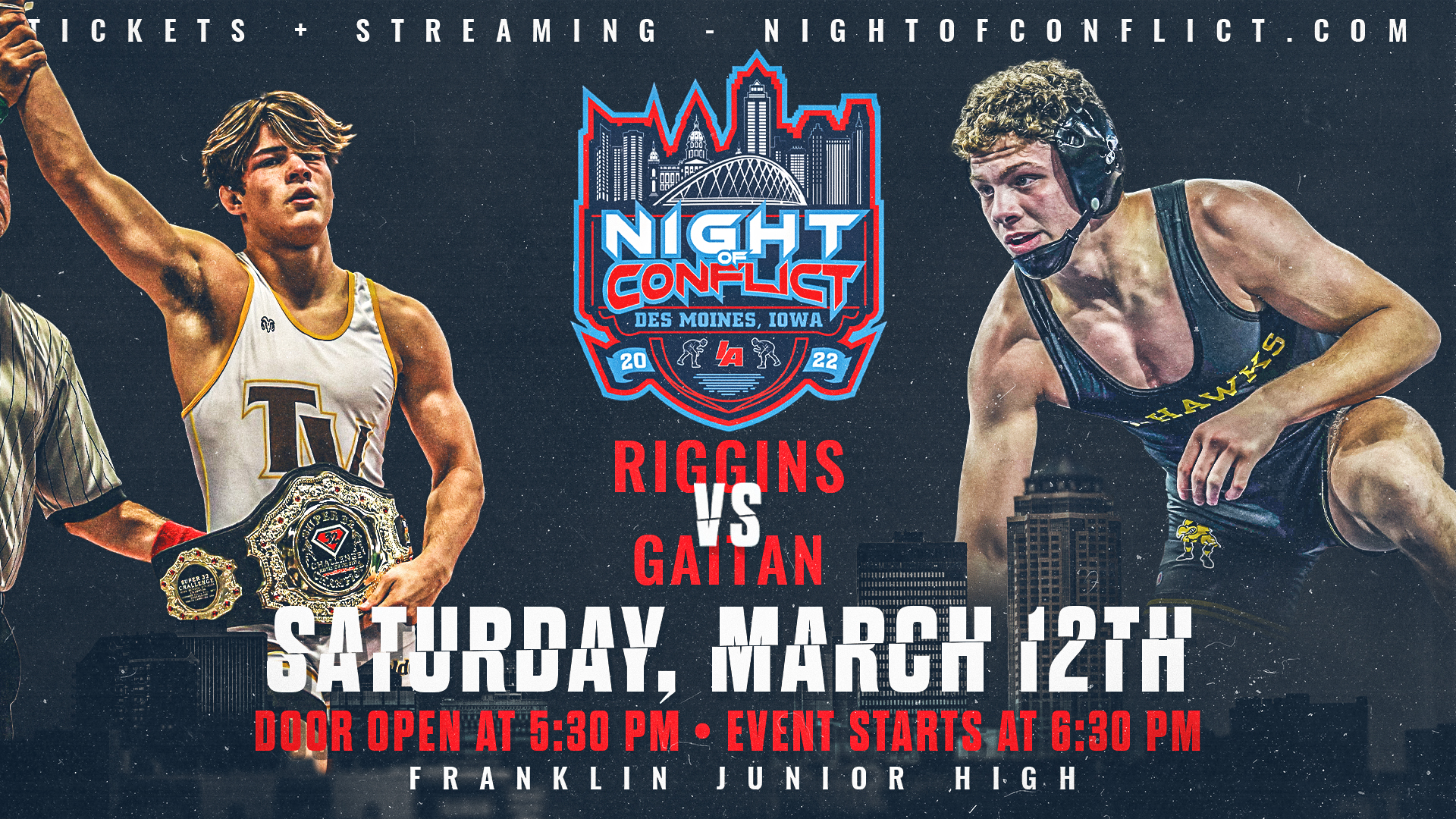 Does it get any better than having the best two wrestlers in the country face off against one another? We are not talking about two of the top guys in the country – we are literally talking #1 vs #2 when Aiden Riggins steps into the circle against MJ Gaitan, who is making the trek all the way from California.

Watching the rise of Riggins the past few years has been a real treat, and as Iowans we are spoiled that he decided to stay home and wrestle for the Iowa Hawkeyes. Riggins really rocketed up the charts in his junior season where he won his first state title by besting Caleb Rathjen, making the UWW Cadet World Team Trials Finals, and Fargo finals, and scoring other ranked victories in dual competitions along the way.

All of that success has led to him obtaining the #1 overall ranking at 160 pounds.

For Gaitan he is looking to take over that #1 spot by replicating his success he had against Riggins last summer at Junior National Duals. Gaitan took that meeting 16-12. He was also the 2021 Greco-Roman national champion out at Fargo.

One thought on “Riggins to Defend #1 Ranking Versus Gaitan”