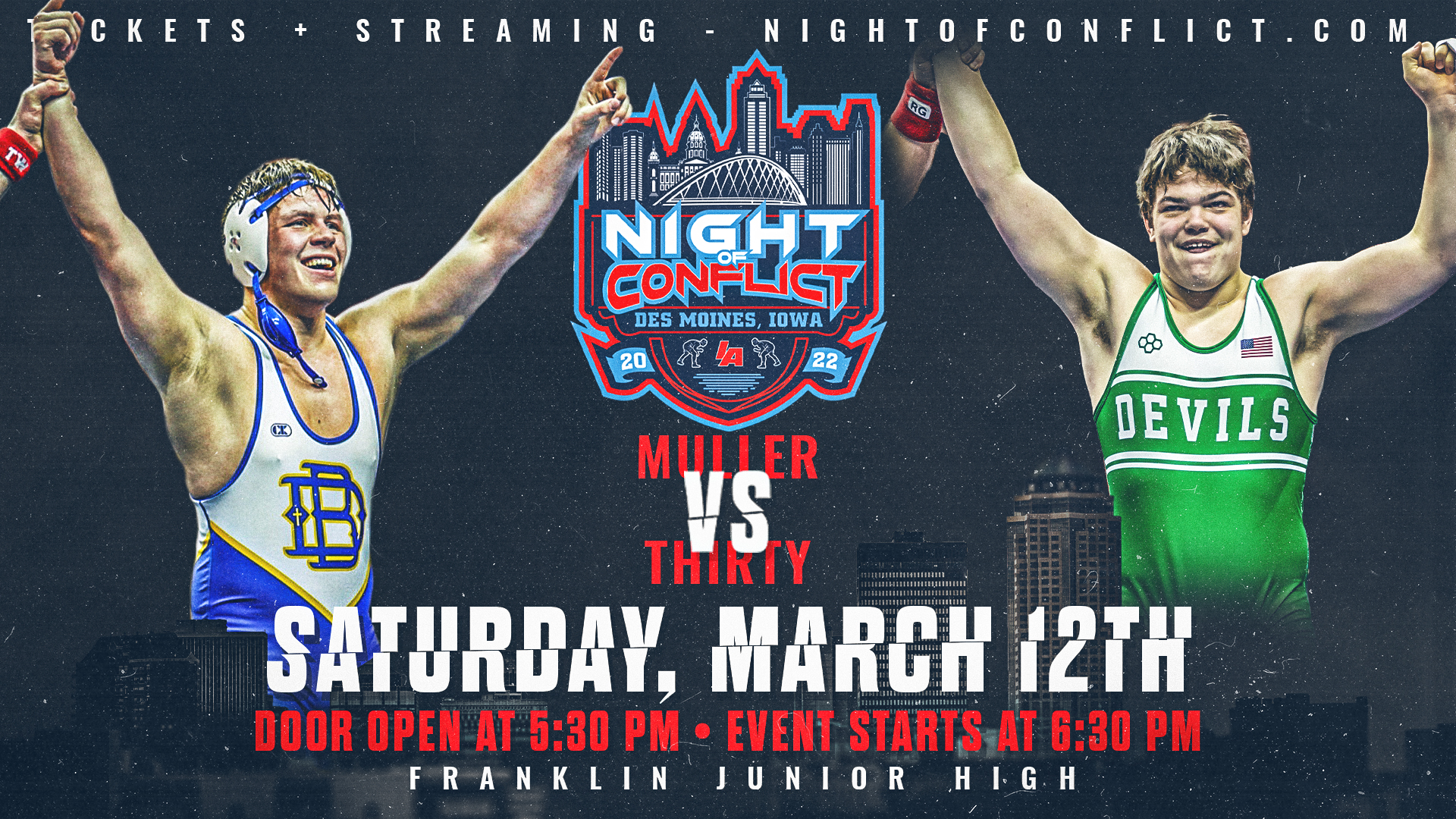 One of the best stories to come out of the 2022 state tournament was Osage’s Barrett Muller who went from never qualifying for the state tournament to state champion in one season. Likewise, Don Bosco’s Jared Thiry also had an incredible story with his highest ever finish a fifth place performance a year ago, and he won his title as the #3 ranked wrestler.

Muller was denied trips to the state tournament by one spot as both a freshman and a sophomore. He has competed all three seasons of his career at 220 pounds, but this year was truly his breakout moment winning the 2A bracket, including a fall in the finals. Thiry’s title run came with two falls in the tournament, and a solid 8-1 decision in the finals to clinch the title.

This matchup pits two state champions from Class 1A and 2A head-to-head, but its also a matchup between two wrestlers that come from a program with deep roots of success.