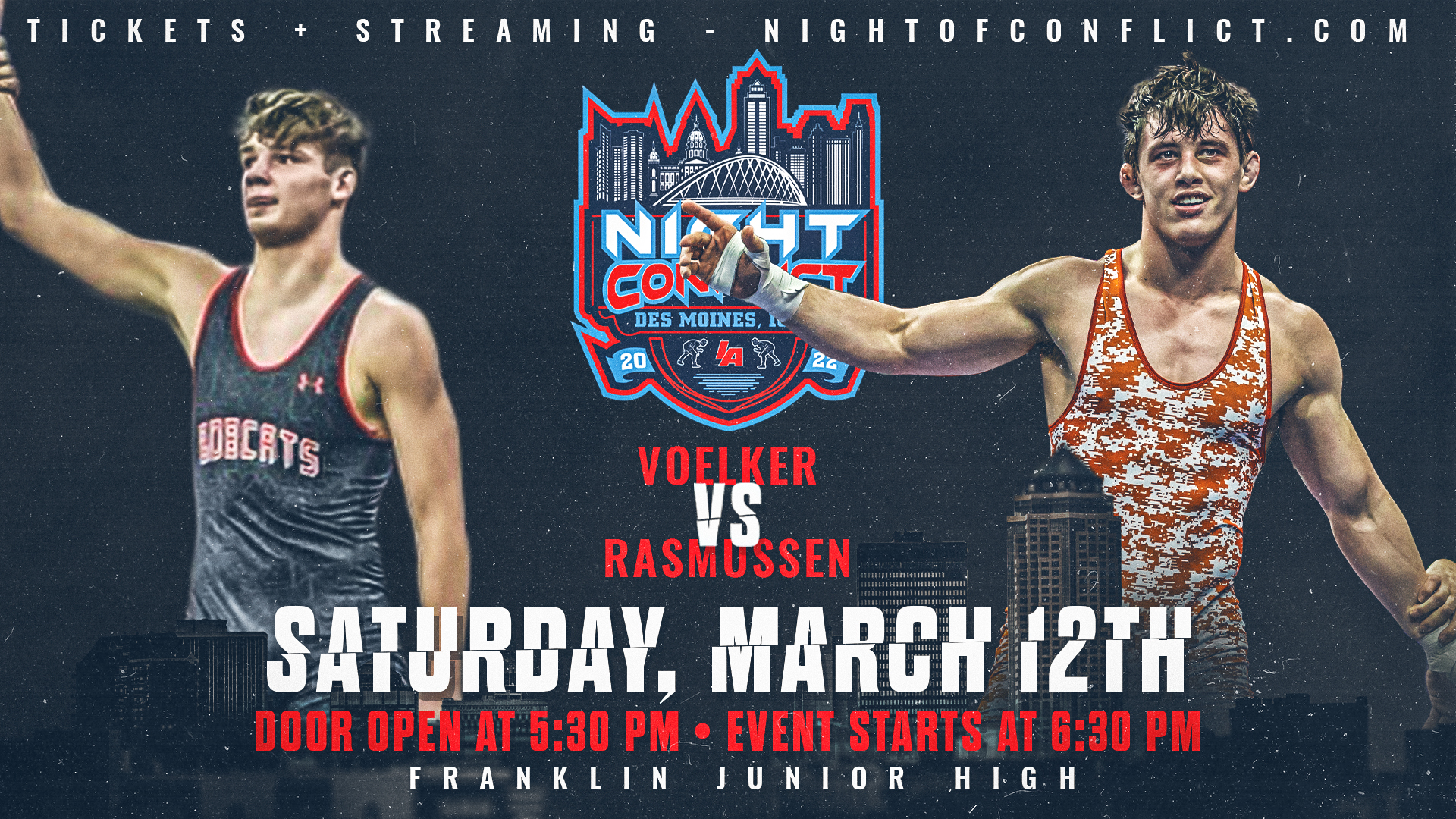 We welcome in our first out of state wrestler in this next matchup with South Dakota’s Luke Rasmussen coming in to face two-time Iowa high school state champion Wyatt Voelker.Rasmussen is currently ranked #18 in the country at 220 pounds.

In what was a highly competitive 2A field, Voelker came away with the Dan Gable Mr. Wrestler of the Year award for the second straight season. The West Delaware standout was among the most dominant in all of Iowa during the 2021-22 season. His regular season resume alone included pinning the 2A 220 state champion, winning by tech fall over the 1A state champion, and he also went all the way up to 285 to knock off the eventual Class 3A runner-up. Voelker finished the year with all but two of his wins being by bonus.

All of that regular season success in addition to his Greco-Roman national title and his All-American finishes at freestyle and folkstyle nationals has earned him a #9 ranking at 195, and he is sure to be a national title contender this spring and summer. Next fall he is headed to Cedar Falls to compete as a member of the UNI Panthers.

Rasmussen is a South Dakota State recruit and is a four-time state medalist. After placing seventh as a freshman he has gone on to make the finals in each of the last three seasons and has won titles back-to-back seasons.