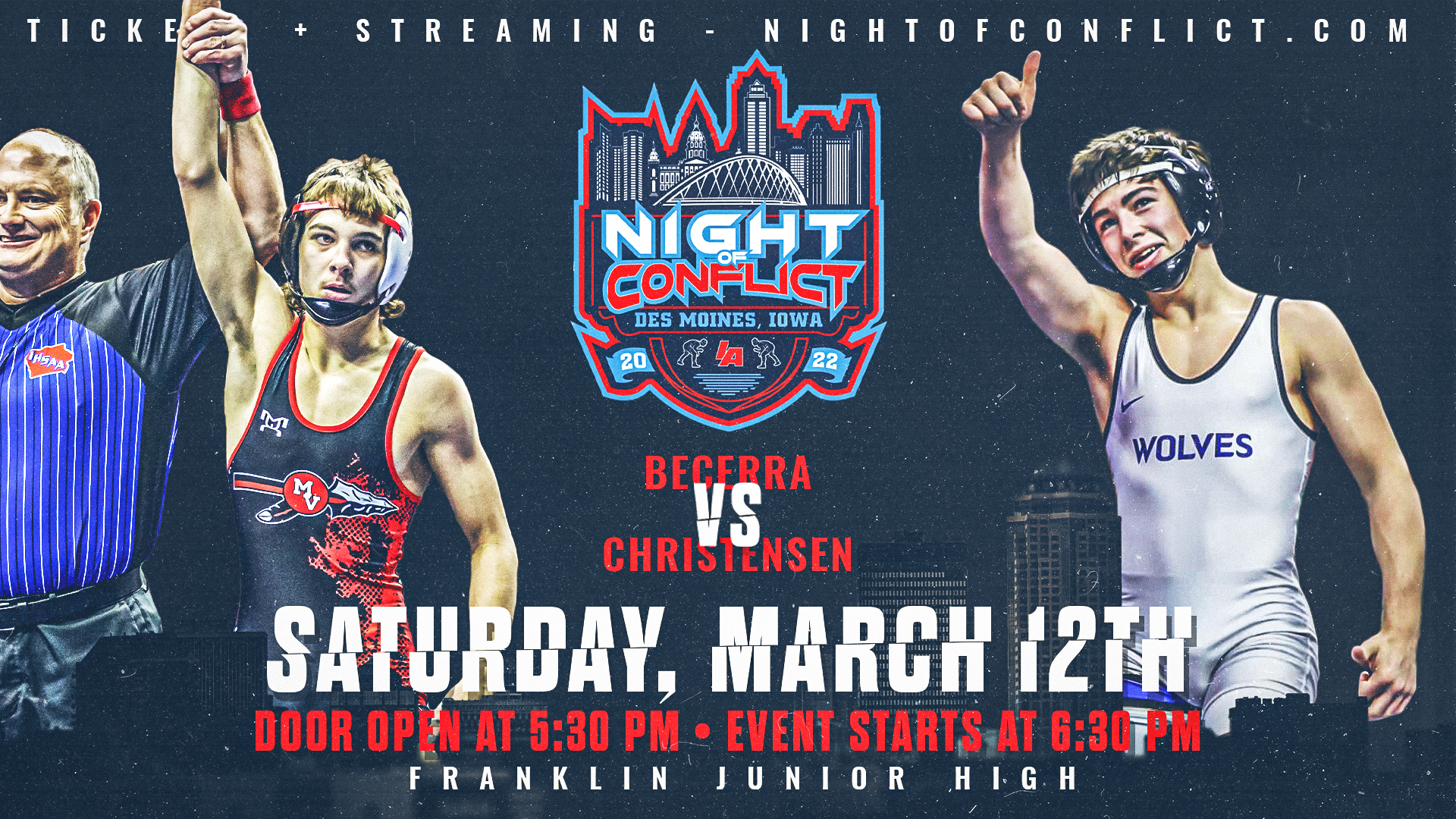 The next match features two first-time state champions in 2022, the Koufax Christensen-Eli Becerra matchup features two sophomores who have already combined for four state finals appearances. Both wrestlers have a similar career track to this point. As freshmen both saw their dreams dashed in the finals coming away with a runner-up performance. Fast-forward to a year later and the two were unquestionably dominating in their sophomore seasons on the way to the title.

Both wrestlers faced stiff challenges on the way to their title. At the Class 1A sectional tournament Becerra was upended by one of the top wrestlers at his weight – and ultimately Becerra avenged that loss back-to-back weekends on the way to his title. Christensen also had to battle through two wrestlers that finished in the top three the previous year to win his title. Christensen also achieved history as being the first-ever state champion for Waukee Northwest high school.

This setups the classic 1A vs 3A state champions squaring off. Back in the preaseason IAwrestle had both of these wrestlers firmly cemented in the top ten of the Class of 2024, in fact they were back-to-back at #5 and #6 for their class in the Fab 50.