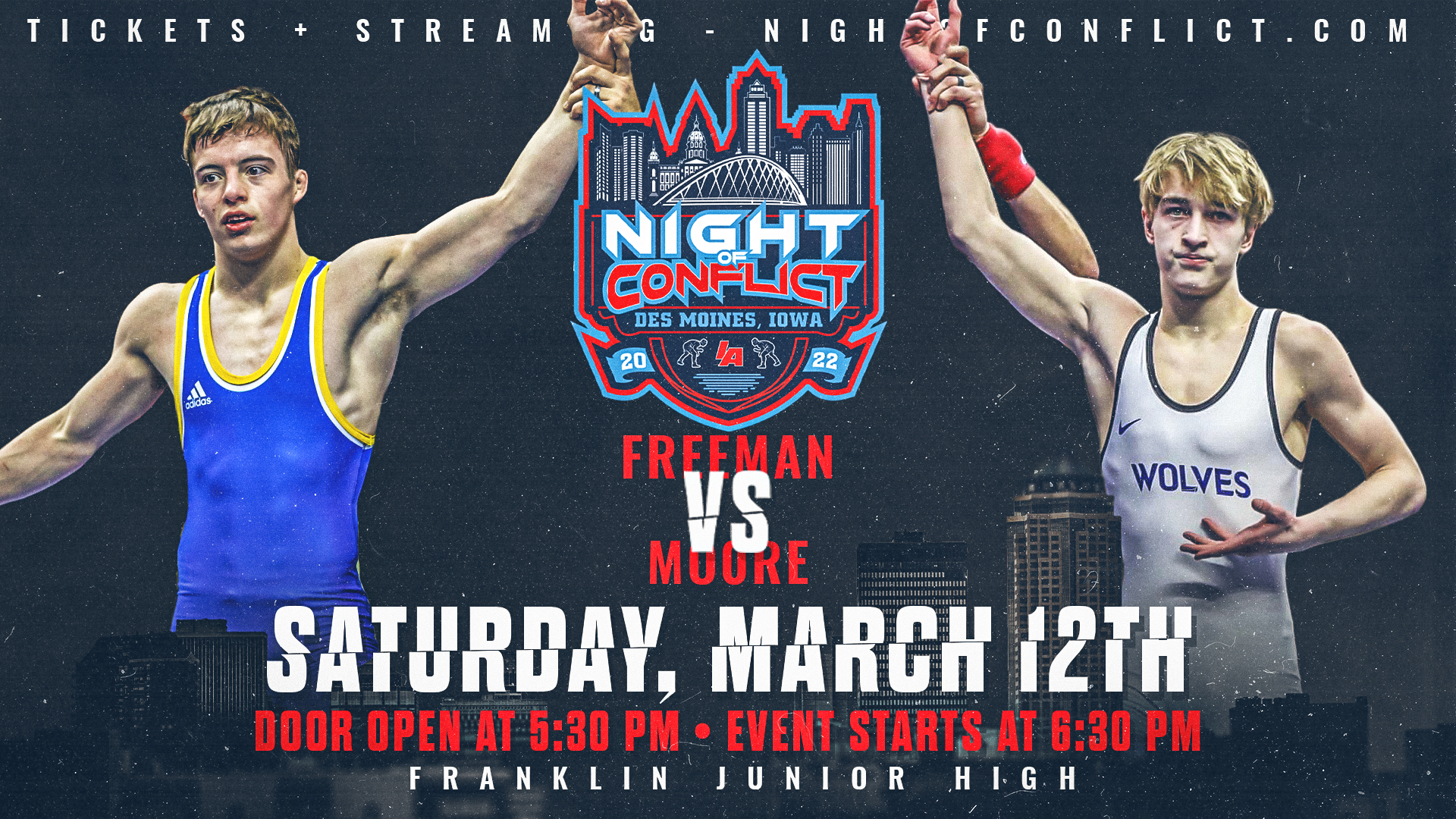 This next matchup between Carter Freeman and Jaiden Moore pits a young wrestler that is building a legacy by reaching the halfway mark of winning four state titles, and the latter of the two has certainly cemented his place in his team’s history at Benton Community.

Moore, who is a Coe College commit, became the first state champion in 37 years for Benton Community. He came close to ending that streak last year, but he came away with a fourth place finish instead. This season he bonused his way to the state finals, and then came away with the 5-4 decision to win the Class 2A state title.

Then there is Freeman, who continues to prove why he is not just one of the best wrestlers in Iowa but the entire country. After a dominating regular season, Freeman won a critical match against nationally ranked Trever Anderson to win the CIML conference title. He would repeat the same feat a few weeks later in the state finals after pinning his way up to that match.